The Fire Department has determined that the cause of Saturday’s structure fire at 1322 Dover Road to be accidental in nature and most likely caused by an electrical malfunction.

The fire, which resulted in the total destruction of the single family residence, caused over $1,850,000 in total damages. The single occupant who was home at the time of the fire escaped without injury and there were no reported firefighter injuries.

The fire was first reported at approximately 9:55 AM on Saturday, May 8th, 2021. Santa Barbara City Fire Department responded multiple engines and the ladder truck to the Riviera neighborhood for the fire attack and were assisted with additional resources from Santa Barbara County Fire and Montecito Fire Protection District. Upon arrival, the structure was fully involved with flames rolling out of nearly every window. Firefighters aggressively attacked the fire from the exterior of the building and provided exposure protection to keep flames from spreading to surrounding vegetation and neighboring residences.

The Santa Barbara City Fire Department would like to remind everyone that early notification to 911 is the first step to reducing potential devastation and loss of life as a result of fast moving fires. 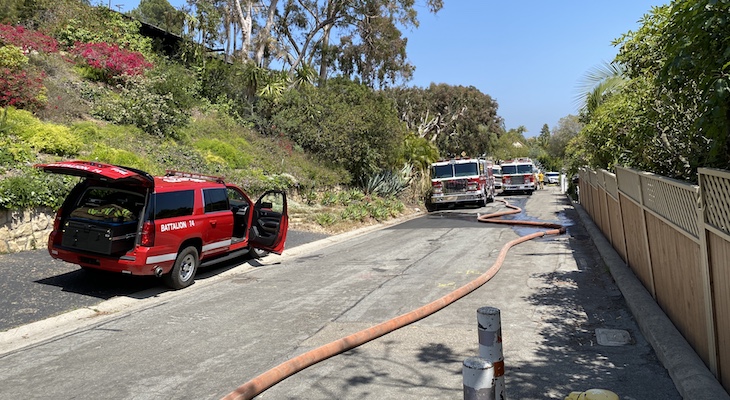 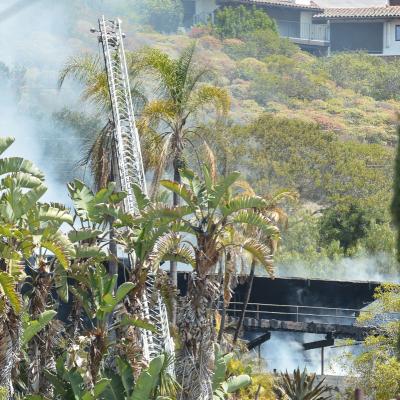 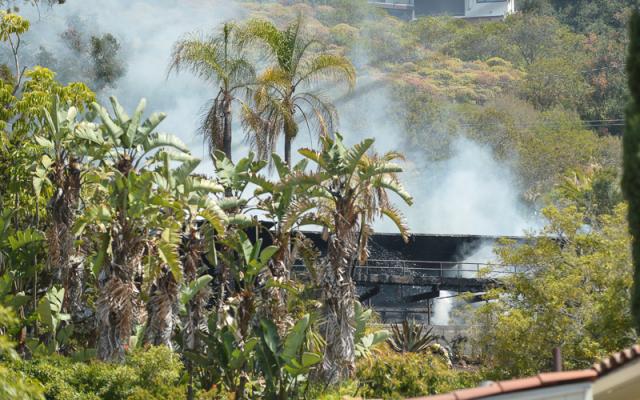 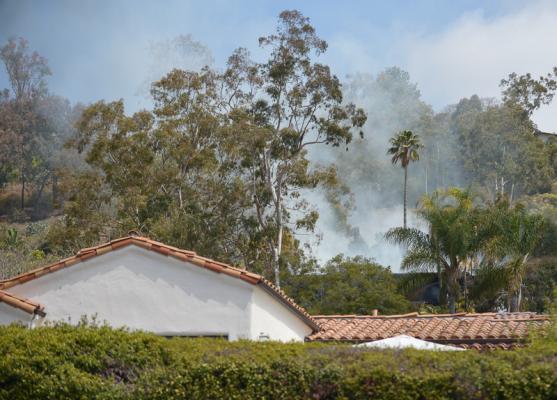 If I were a firefighter and found that the house I was attempting to save was firing at me I think I would let it burn to the ground.

Just looking at the photo of the house on fire brings the horror right back, just as fire season is declared. be careful good luck

NO ONE WAS HOME..At least no people don't know if there were animals in there..

N.H. Has pictures and story..

I was wondering all this and the Medical calls never stop..

REQUESTING 3 ADDTIONAL ENGINES...They have yet to make entry and do a search..

I hope they were not in the house and they are ok..

Something exploding on the 1st floor?

wow, that's certainly the most logical.
reminds me to look for follow-up on that massive firework exposion in the residential neighborhood in Riverside or San Bernardino County.

The word was ordnance.

I heard ornaments but not sure if that's what they said

THE HOME IS FULLY INVOLVED..

Heavy black smoke showing from a back unit...

Here's another article... I

Small change to the theory, I

Better view of the mysterious