The Sheriff's Office statistics show the majority of people in evacuation areas knew of the order and 83% of residents safely evacuated with 17% deciding to remain in their homes.

While residents are away from their home, the Sheriff's Office has increased Deputy patrols in the area to safeguard property as well as specialized rescue and task force teams in armored vehicles in case they are needed. The National Guard is also on duty with 5 of their high water vehicles.

California Highway Patrol Captain Cindy Pontes stated Highway 101 was shut down as soon as there was flooding to prevent anyone from being stranded. The southbound lanes were reopened around 4:00 p.m. and the northbound lanes reopened at 8:20 p.m.

Highway 154 has also been shut down from SR-192 to SR-246 while Caltrans deals with a culvert drainage issue near Lake Cachuma. It's expected to stay closed until 5:00 p.m. on Sunday.

Residents have road access but through traffic must use Highway 101. 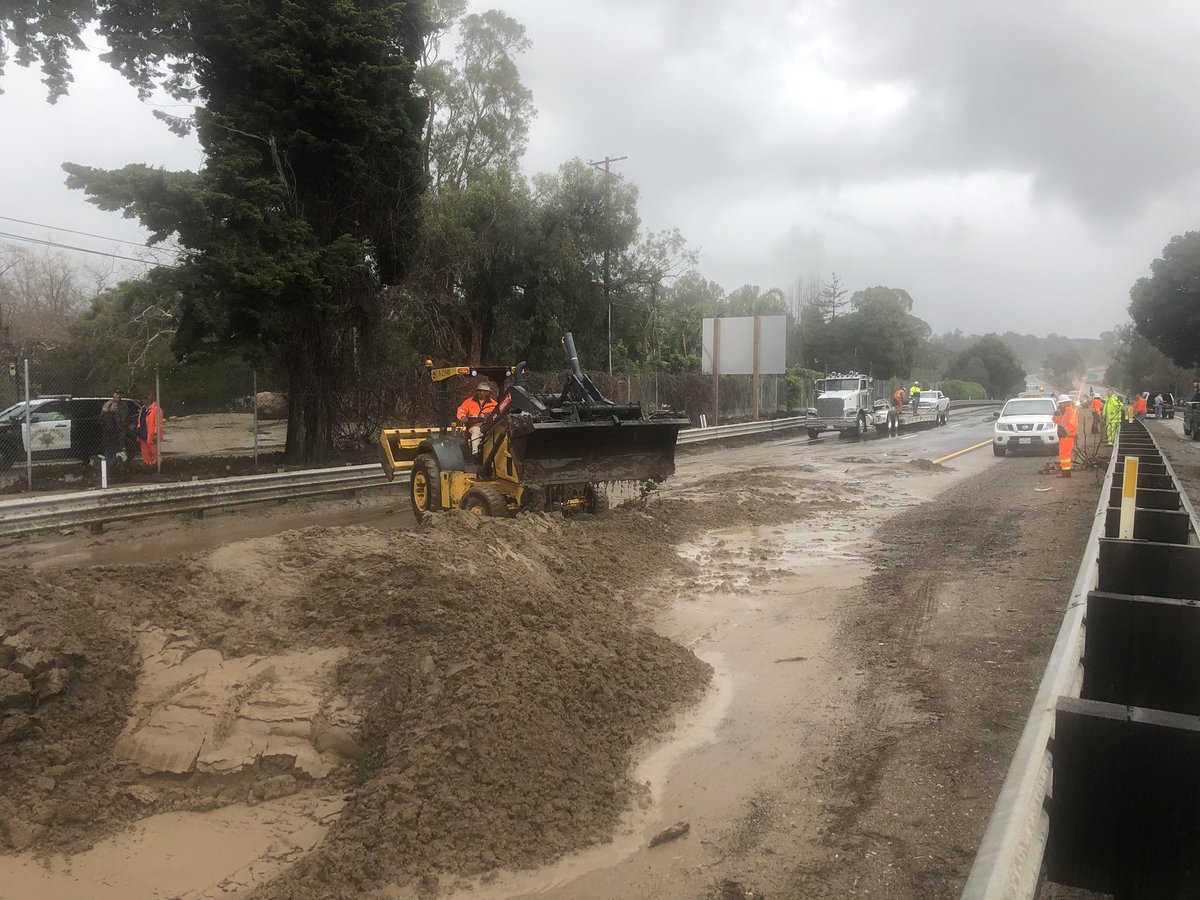 A representative from the National Weather Service stated the Saturday morning storm was most likely the strongest storm we'll see this season. Rainfall rates varied from 0.5 inch to over 4 inches in the foothills. Refugio Pass say 1.1 inches in 15 minutes at its peak intensity. 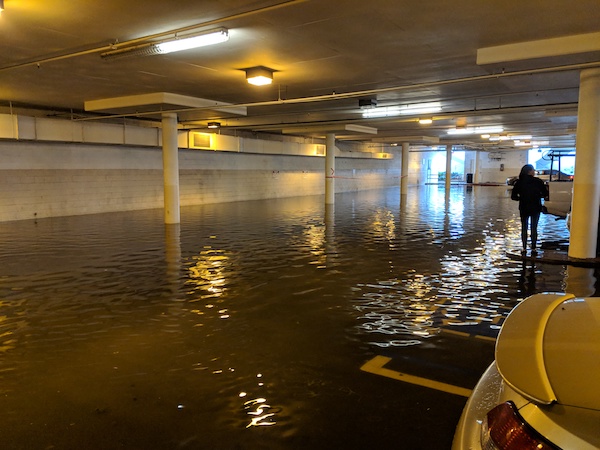 Winds were also dangerous as Gaviota saw gusts up to 84 mph. Rainfall is expected to reach Santa Barbara between 10:00 pm to midnight and is not expected to be as intense as this morning's storm. However, flash flood warnings are still in effect as some steady rain is expected.

A little after 5:00 a.m. Saturday, Montecito Fire Protection District received over 50 calls to service between the Montecito and Carpinteria area. Many were storm-related with downed power lines and trees, flooding, power outages, and stranded motorists.

Santa Barbara City Fire Chief Nickels reminded people to not cross emergency barriers and to not drive through standing water. He stated they barricaded the Mission Underpass due to it being flooded with deep water but motorists kept trying to cross it. As soon as firefighters would rescue one vehicle, another one would do the same thing and also get stuck. "If you see water, don't try to drive through it," he advised. 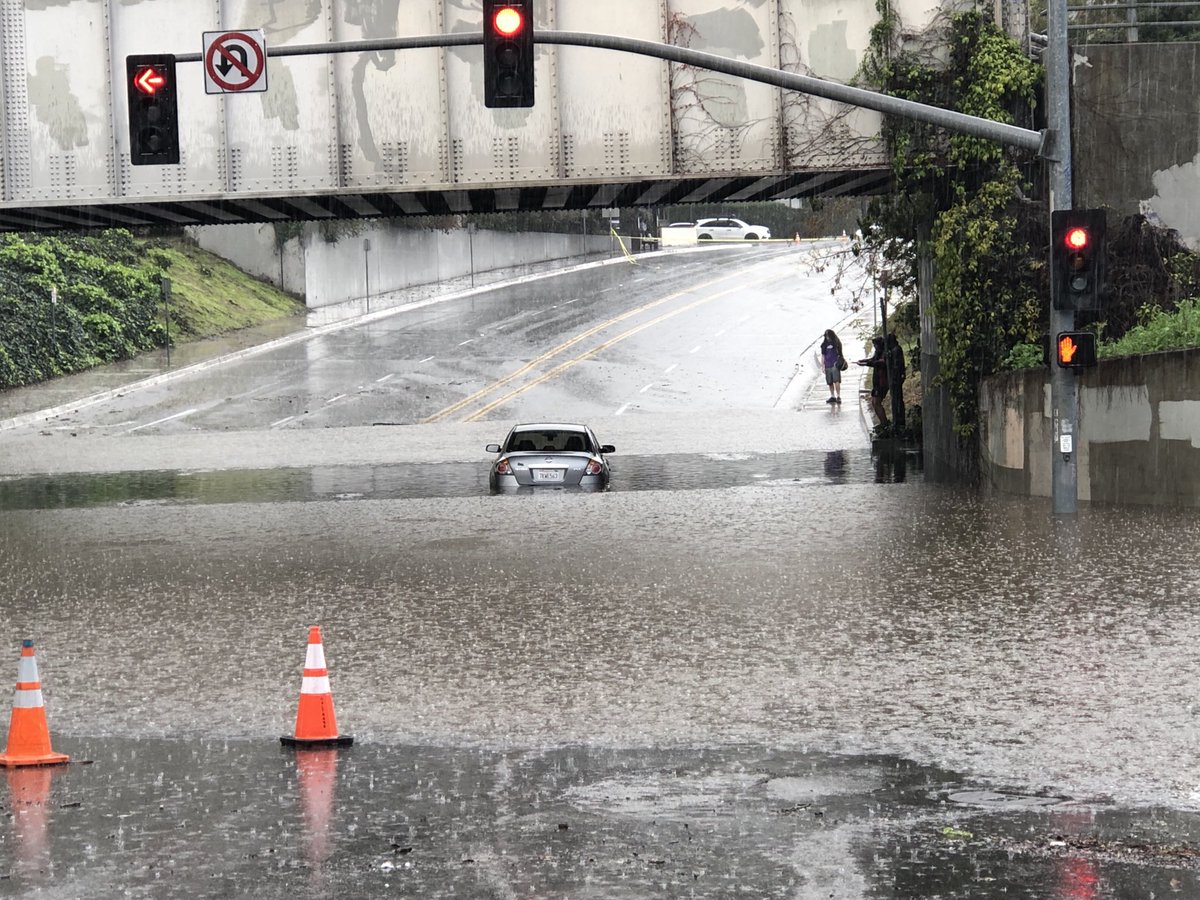 Watch the full press conference below:

Toggle Comments (Show)
Storm Recap: Evacuations Lifted & Road Closures Continue
154 is now closed indefinitely, there is a clogged culvert that is flooding the road. Probably very similarly to the images of clogged culverts following the Montecito debris flows, it will take a bit of time and effort to unplug.
Storm Recap: Evacuations Lifted & Road Closures Continue
This is on the Edhat News homepage right now: (Headline): EVACUATIONS LIFTED (Sub-headline): Update: Evacuation Orders Remain In Place WHY NOT JUST CHANGE THE HEADLINE??? And we wonder why people sometimes get confused by misinformation.
Please Login or Register to comment on this.