Wharf spur under construction Circa 1878​

Join us on Stearns Wharf to celebrate the 147th Anniversary during the Month of October.  Visit the merchants and see what specials they have in celebration of the Wharf’s Anniversary.

Stearns Wharf is the oldest working wood wharf in California, it was built in 1872 by John Peck Stearns to facilitate the transfer of cargo and people from ships to shore.

Up until the 1870s, Santa Barbara was virtually cut off from the outside world by its natural barriers of the ocean and the mountains. In 1867, John Peck Stearns moved to Santa Barbara and opened a lumberyard at the foot of State Street. Mr. Stearns noted that the town needed a long wharf so that Ocean ships could tie up at low tide. In 1872, with the financial backing of Colonel William Welles Hollister, Stearns completed the Wharf and Santa Barbara’s isolation from the outside world was over.

Over the years Stearns Wharf has survived severe storms, tornados, and fires making it the oldest working wooden wharf in California. 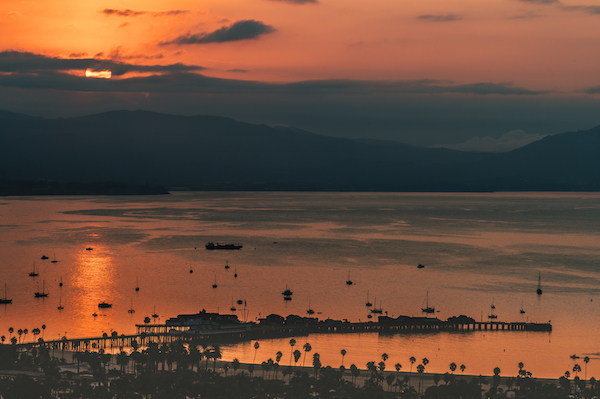 The Stearns Wharf Merchants Association represents the merchants and business owners on Stearns Wharf. Stearns Wharf is located at the end of State Street between East Beach and the Santa Barbara Harbor. For more information, visit www.stearnswharf.org.​