NROL-85 is NRO’s second launch this year and the first time NRO has reused a rocket booster previously launched to space. The rocket booster core was first launched from VSFB only two months ago, and delivered the NROL-87 mission to orbit. NROL-85 is the 61st launch since NRO began publicly disclosing launches in December 1996.

“All launches are exciting, but this one, with our first-ever re-use of a booster, is a striking indication of how NRO is building innovation and resiliency into everything we do,” said Col. Chad Davis, NRO’s director of the Office of Space Launch. “Reusing the booster shows we are continuing to push the boundaries of what’s possible while delivering greater value. It reduces our costs, which reflects our commitment to using taxpayer dollars responsibly. This is a great example of how the NRO is working to be a leader in space stewardship.”

“Launching a payload into orbit is the most dynamic aspect of the NRO’s mission, but the work that happens behind the scenes–designing, building, and operating our architecture in space–is no less critical to our mission of securing and expanding America’s intelligence advantage,” said NRO Director Dr. Chris Scolese. “I’m proud of the teamwork, skill, and determination that went into making this launch a success and ultimately to delivering critical information to our nation’s policymakers, military, and Intelligence Community.”

Since 1961, NRO has pushed the envelope of U.S. space-based intelligence collection with boldness and ingenuity. Today, NRO’s innovative legacy continues to thrive as it develops, acquires, launches, and operates the world’s most capable spy satellites. NROL-85 will strengthen NRO’s ability to provide a wide-range of timely intelligence information to national  decision makers, warfighters, and intelligence analysts to protect the Nation’s vital interests and support humanitarian efforts worldwide.

Additional information on upcoming launches will be made available at NRO.gov/launch

Those waiting for an Easter sunrise were treated to a stirring spectacle with the bright "Pink Moon" suspended in the southwest, followed by the launch of a SpaceX Falcon 9 rocket with its NROL-85 spy satellite payload. It lifted off at 6:13 am and was visible about 60 miles away in Santa Barbara two minutes later, then, three minutes after that, we could hear the thunderous roar of the two stage rocket. About eight minutes after launch the first stage made a successful vertical landing back at Vandenberg AFB. What a way to begin Easter Day! 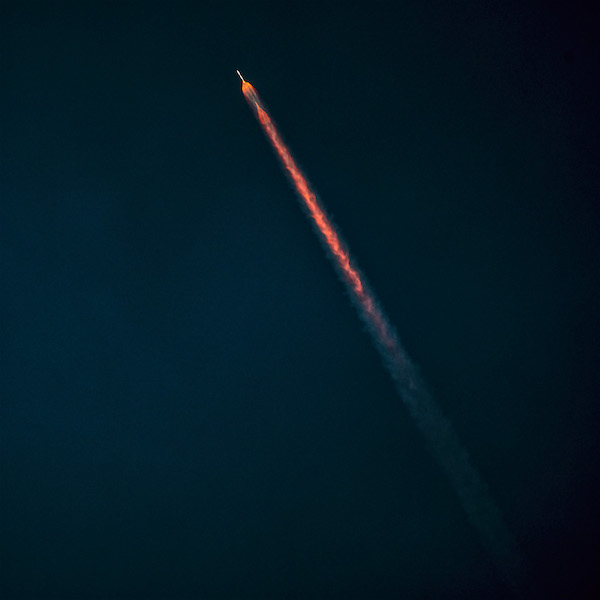 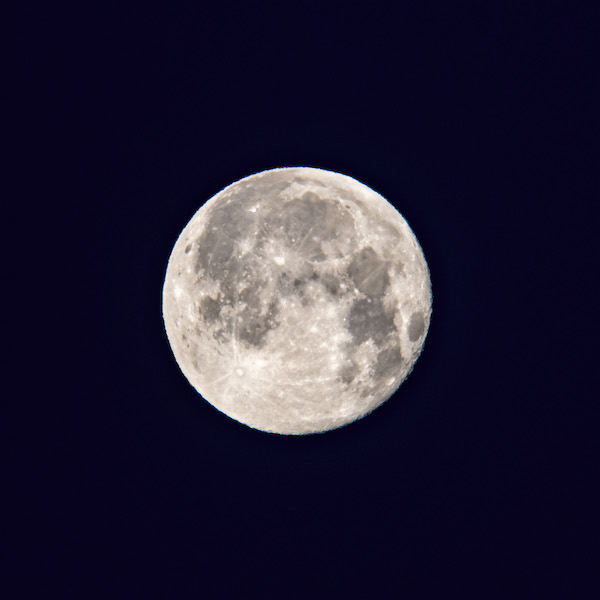 The launch window has been rescheduled to no earlier than Sunday due to high winds on Saturday.

SpaceX has rescheduled its Falcon 9 launch from Vandenberg Space Force Base to be no earlier than Saturday.

Originally scheduled for Friday, the launch was postponed due to technical difficulties. The launch is now planned for 6:27 a.m. on Saturday, April 16.

"The Falcon 9 first stage booster supporting this mission previously launched the NROL-87 mission in February 2022. Following stage separation, Falcon 9’s first stage will return and land on Landing Zone 4 at Vandenberg Space Force Base in California," according to SpaceX.

Falcon 9 is a reusable, two-stage rocket designed and manufactured by SpaceX for the reliable and safe transport of people and payloads into Earth orbit and beyond. Falcon 9 is the world’s first orbital class reusable rocket. Reusability allows SpaceX to refly the most expensive parts of the rocket, which in turn drives down the cost of space access.

A live webcast of this mission will begin about 15 minutes prior to liftoff.

I was up early and on Carpinteria beach to watch the launch. It was a bit cloudy, but you could easily see the Falcon 9 rocket exhaust flames as it ascended. I also saw the 1st stage booster descend and fire its engines as it set down at the launch site. Unlike that last launch, I did not hear any sonic boom.

Yay , 2 more satellites to keep track of the Russian ships and subs...we might them sooner than later.

That’s what rattled my windows this morning. I kept checking the earthquake map, but nothing showed up.

Did it really have to be at the crack of dawn? I never went back to sleep afterward.

BICYCLIST, thanks, the SpaceX mention got me confused. Regardless, I stand by what I said, I don't think disturbing even 100k people at 6am on Easter Sunday is reasonable or necessary.

9:26 - since I seem to be double clicking... I wanted to add these little tidbits per YOUR claimed "private company":
1) it's actually listed as: "Parent agency Department of Defense"
2) not sure where you found the info as to "multi-billion dollar company", as it's stated as:
"Annual budget Classified"... So you obviously have that "Clearance"?
...so I was attempting in my post from yesterday, the reasoning for the "Early launch", specifically there was a very narrow "trajectory window". Thanks for YOUR concern.

9:26AM - Correction, you claim "This is a private company: BUT per Wikipedia:
"The National Reconnaissance Office is a member of the United States Intelligence Community and an agency of the United States Department of Defense which designs, builds, launches, and operates the ..." to me that doesn't sound quite so "Private"???

Hundreds of thousands? All of Santa Barbara County is only 100,000.

No, BICYCLIST, it did not "have" to be. This is a private company disturbing hundreds of thousands of citizens. They could have waited for another launch window on a day that isn't a common day off for most folks. It's not that difficult to respect your neighbors, even as a multi-billion dollar company.

Yes it did, as they had to push it up from the missed Friday window. Something about hitting the correct trajectory(?), so the time kept getting earlier in the AM. It appears that info is no longer on their page.

Windows rattled for a couple of minutes then BOOM. What was that?

Sonic rumble as the stack goes up, sonic booms as the first stage comes back for landing.

Excited to hear all the neighborhood dogs wake me up at dawn.

Looks like re-scheduled until SUNDAY 6:13AM - will get you up in time for Sunrise Services!

How do you know that? Where did you get that launch info?