The food and dining roundup for Santa Barbara includes a new location for a popular deli chain, a tasty gelato shop on State Street and more.

Santa Barbara County's expanding sandwich chain has opened a new location on Upper State Street in the San Roque area. The former home of Noemi Pizza Romana and Pizza Guru is now home to a variety of sandwiches and salads. This location, at the corner of State and Ontare, also serves beer on tap.

They are open Monday through Saturday from 9:00 a.m to 6:00 p.m. Learn more at southcoastdeli.com. 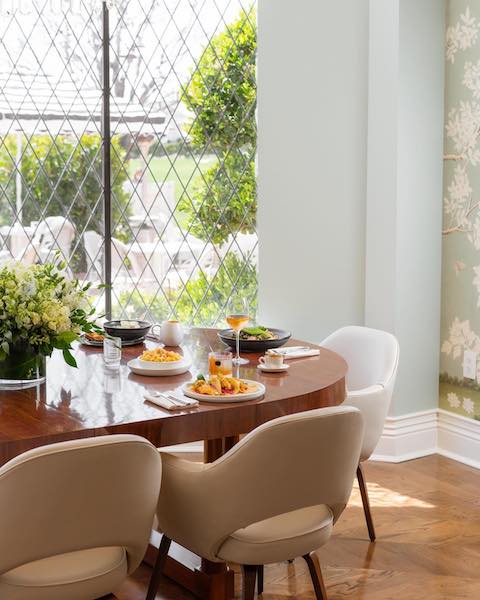 Boasting sustainable dining, the seasonal menu will use ingredients sourced primarily from regional farmers, fisherman and ranchers, as well as the resort’s own Chef’s garden. Dishes are meant to be shared encouraging a range of culinary tastes for diners to experience. Some of the menu items include a Buddha Bowl with fresh vegetables and fruits, a "Harbor Catch" seafood stew with corn and sausage, and Duck Bánh Mi.

If the menu and decor don't entice you, perhaps the artwork will. The restaurant's collection of artwork includes a Portrait Imaginaire by Pablo Picasso, one of the iconic 29 portraits the painter created in gouache with brilliant colors. There are also two oil paintings from Bruce Cohen and an original color lithograph from Georges Braque titled Résurrection de l'Oiseau. 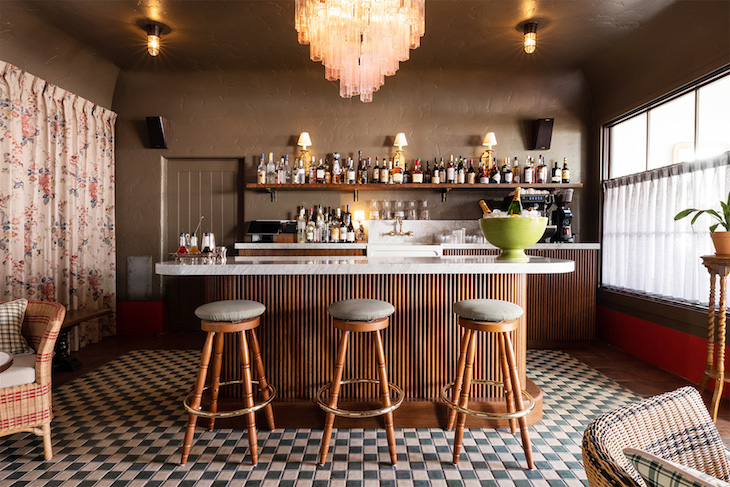 Anyone with a sweet tooth will be glad to hear a new dessert shop has opened in downtown Santa Barbara's Paseo Nuevo. Tondi Gelato has taken over the spot of Wetzel's Pretzel's next to the empty Macy's building near State and Ortega Streets, or 723 State Street to be exact.

The all-natural Italian gelato is made from scratch on-site using the owner's recipes and traditional methods. They have a variety of flavors including hazelnut, espresso, pistachio, wild berry, chili mango, vanilla saffron, chocolate chai, and tiramisu. There are also many non-dairy and vegan options.

Santa Barbara's Restaurant Guy reports the former home of Zizzo's Coffeehouse & Brew Pub will soon be the home of The Point Coffee, owners of the several The Point Markets and gas stations. The location at 370 Storke Road in Goleta will also become a Fuel Depot.

According to the Restaurant Guy, the coffee shop was added so the owner would not lose the drive-thru permit, which is no longer given in Goleta.

The new coffee shop will serve up five different roasts in three sizes with beans instantly pressed during each brew process ensuring fresh and flavorful coffee. It's unclear when the location will officially open.

The Elaine F. Stepanek Foundation Restaurant Fund in partnership with the Santa Barbara Foundation (SBF) announced $500,000 in grants to 71 restaurants located in the City of Santa Barbara and the Santa Ynez Valley (including Los Alamos). This new grant program was launched in early February with eligible restaurants able to receive grants of up to $10,000.

Santa Barbara County tourism has taken a large hit due to rolling spikes in COVID-19 cases, that included several restaurant closures. Restaurants have been able to expand into the streets and sidewalks to allow for outdoor dining. As restaurants have attempted to be creative in their approach to remain open, still restaurant employees suffered economically.

“The grant we received from the Elaine F. Stepanek Foundation Restaurant Fund has been invaluable in allowing us to reopen after a prolonged shutdown,” said Kelly Kastanos-Rogers, Co-Owner of Louie’s California Bistro in downtown Santa Barbara and grant recipient. “We were able to stock our shelves with the seafood and produce to prepare for opening, and we were able to provide our employees with the first paycheck many of them have had in months. We will be forever grateful.”

The Elaine F. Stepanek Foundation Restaurant Fund is a committee advised fund at the Santa Barbara Foundation, which is working to provide additional relief to the community at large. The grant program application period opened on February 4, and closed on February 22.

“The Santa Barbara Foundation is working hard to connect resources and ease the short and long-term effects of COVID-19,” said Jessica Sanchez, Director of Donor Relations at SBF. “This committee advised fund is creating immediate impact and we are grateful to support our community-at-large in this way.”

There is so much good news here! Hooray!