Donning a red cape dress by Chanel, Cruz chatted with fans and took selfies outside the Arlington Theatre. A fan handed her a sunflower to symbolize solidarity with Ukraine, which she held while walking down the red carpet.

Recognized for her standout performance in Pedro Almodóvar’s Parallel Mothers, Cruz sat down with SBIFF Executive Director, Roger Durling, for an in-depth discussion about her journey to stardom and her impressive career in film and television. 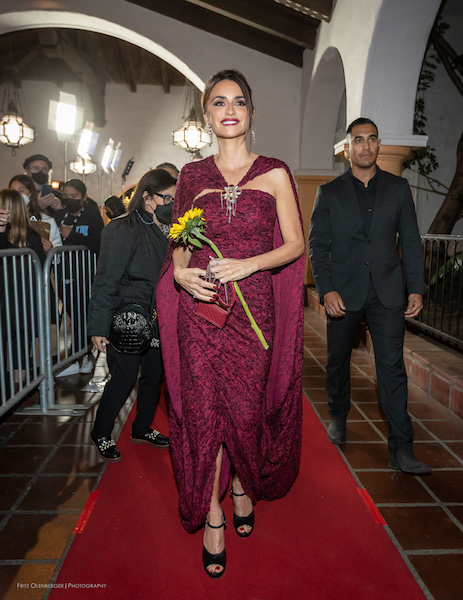 The audience was treated to clips from her acting career, including All About My Mother, Nine, Vicky Christina Barcelona, Broken Embraces, Parallel Mothers and more.

"As an actor we are always new. We are always starting from zero, so you never get to a place where you can feel too comfortable. I feel like that is the motivation everyday, the real pure fear that we need to accomplish what we have to do," she said.

Seated in the audience was fellow actor and Cruz's husband, Javier Bardem. When talking about the films they made together Cruz would look into the audience and ask him his opinion directly.

“I would watch everything he did and I was shocked and blown away by his talent. And then it was a movie that put us together… we hadn’t worked together in a long time but we had been friends… and after that movie, everything changed," she said about working with Bardem in Vicky Cristina Barcelona.

Cruz spoke about her fascination with Donatella Versace even before playing her in The Assassination of Gianni Versace: American Crime Story. She spoke about being honored to get permission from Donatella herself to play her. “She told me, ‘If somebody’s gonna play me, I am happy that it’s you because I know you will do it with respect and with love.’ Without that phone call, I couldn’t say yes,” she said.

Following Cruz’s conversation, she was treated to a surprise personal message from Sophia Loren. While presenting the award virtually, Loren told Cruz, “The day I met you on the set of Nine more than twelve years ago, I knew that you would be part of my life forever. I knew I found a sister, a daughter, a colleague and a great, great friend.” 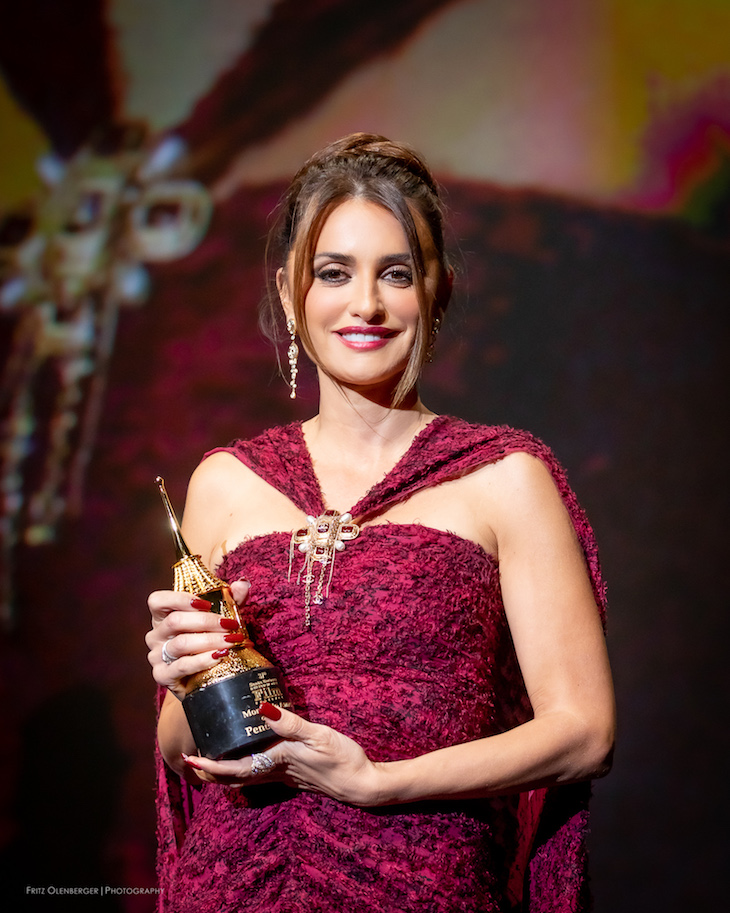 Upon accepting her award, Cruz said, “It’s really difficult not to cry after seeing my friend Sophia dedicate those words to me. I love her with all my heart… Thank you, Santa Barbara International Film Festival. I have so many great memories because I was here many years ago with Roger, who is always so kind and so generous to us… I want to share this with Pedro and use this opportunity to thank him again for his trust, for pushing me, for being able to imagine me doing things that I cannot even imagine myself doing.”

Upcoming live conversations and tributes will include presentations to Nicole Kidman, Javier Bardem, Benedict Cumberbatch, and the women's panel. The 37th Santa Barbara International Film Festival, presented by UGG®, will take place IN-PERSON through March 12, 2022. 200+ films, filmmaker Q&As, industry panels, and celebrity tributes, will be held throughout Santa Barbara, including at the historic Arlington Theatre. This year’s lineup is available on SBIFF’s mobile app. For additional information or to buy passes, visit sbiff.org.

Penelope Cruz from the 24th Annual SBIFF in January 2009. She is being interviewed by Roger Durling before being honored with that year's 'Chopin Vodka Entertainer of the Year' award. 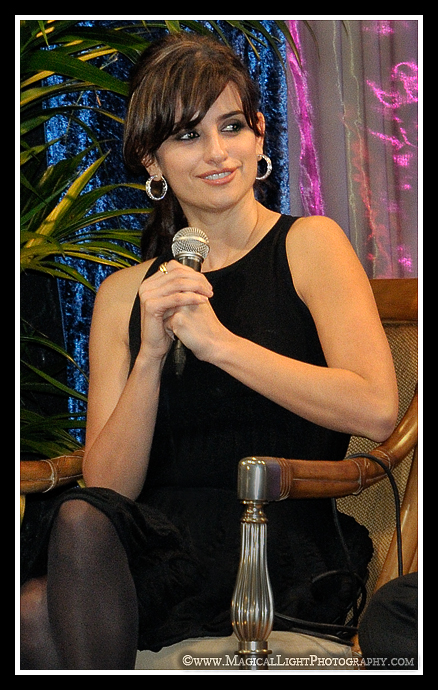 She is one of the most naturally beautiful women I have ever seen. Re Sophia Loren. Pretty, yes. In her latest movie, directed by SL's son, the star of the movie is the young black actor. His performance ripped my heart out. Why is he not nominated for something.