The 44th annual Santa Barbara Solstice Parade came and went with enthusiastic flair. And the edhat staff was there to witness it all. Click here to see highlights from the parade and festival.

To our dismay, not a lot of drums were included in this year's parade, although there was a slight increase from last year.

The edhat staff counted 68 drums in total. The edhat reader who guessed the closest number was LeahJuny5 who guessed 72, just 4 drums off! You've won a gift card to Paddle Sports Center at the Santa Barbara Harbor that supplies all your water sport needs for the summer and beyond.

Last year there were just 27 drums so it looks like we're moving on up. 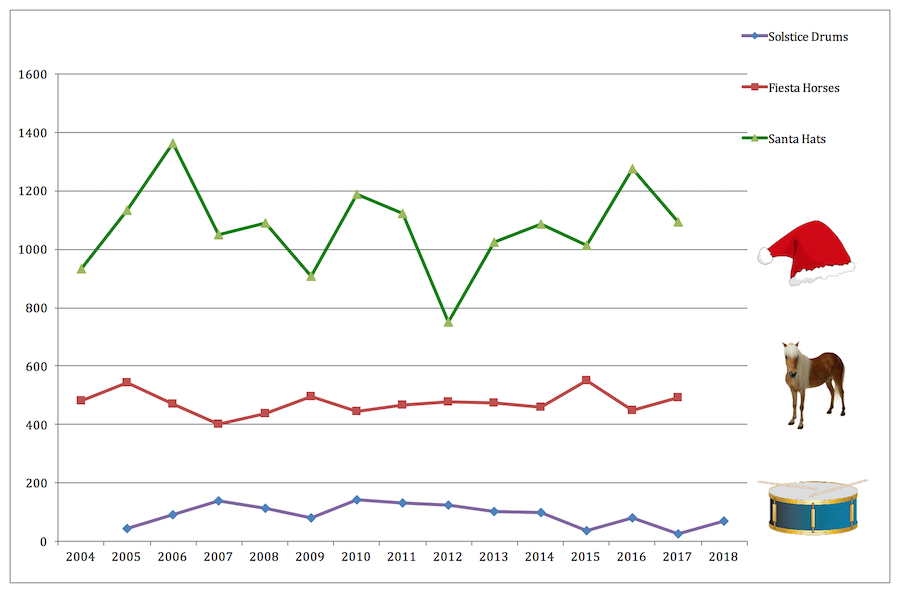 Thanks to everyone who played the game and Happy Solstice! 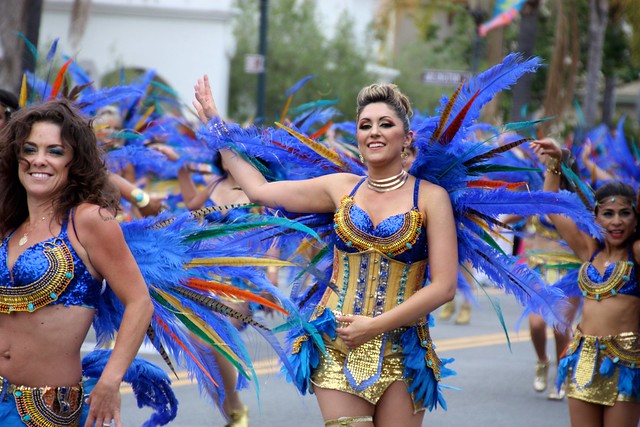 It's almost summer! The official first day of summer for 2018 will be on Thursday, June 21. That means the Santa Barbara Summer Solstice parade is right around the corner full of "S" titles. It'll be super, spectacular, probably a little sweaty, but always sensational.

The theme for this year's Solstice celebrations is Heroes. "Summer Solstice 2018 is truly a testament to the human spirit and the hero within us all," said Summer Solstice Executive Director Robin Elander. "This Summer Solstice workshop, parade and festival is dedicated not only to our amazing emergency responders and all of the people and organizations who helped our community during and after the disasters, but the hero in each and every one of you. We collectively made it through this difficult time, by digging deep and showing our inner hero to the world every day."

At noon on Saturday (June 23), the Solstice parade will begin on Cota Street led by emergency responders from local agencies, donned with Solstice garb, followed by numerous local heroes that were nominated by community members for their heroic acts this year.

To keep with the edhat tradition, the Dedicated Staff of edhat.com will lineup along State Street with hand counters to keep track of every drum in celebration. Enter your guess below by Friday, June 22 at 1:00 p.m. and you could win a gift card to Paddle Sports Center!

...and have Roger lead the EDC (Edhat Drum Corp) on top of a volcano-like tower dressed as Thor playing five timpani drums (kettledrums) using huge hammer-shaped drum sticks.....he could every-so-often casually toss out one of his limited-edition t-shirts....Go Man! Go!!

Edhat Drum and Cymbal Corps! Accompanied by Tea Kettles (for those of us who have a cup of tea while reading Edhat).

*edhat staff feverishly taking notes on all the great ideas*

I'd go in with an Edhat Drum Corps., have my own drum. Been in the parade before, years ago.

I support local, as opposed