Santa Barbara Summer Solstice is happening in a virtual and in a real way for 2021. A Virtual Parade is being created and will be shown at the Arlington Theater at 10AM on June 26.

But Solstice Blooming Gardens are pop-up creations and events all around town. You can see a full guide here. And a map of the locations is here.

We set out on Friday to see some of the Blooming Gardens and here are my photos. Including some surprises along the way that were not in the guide.

Our first stop was Music Alley at 423 State Street where we found our friend Jim Sun Bear with his creation. It is a collection of pieces of Solstice floats from years past. Some by him and the dragon head and tail by Ann Chevrefils. 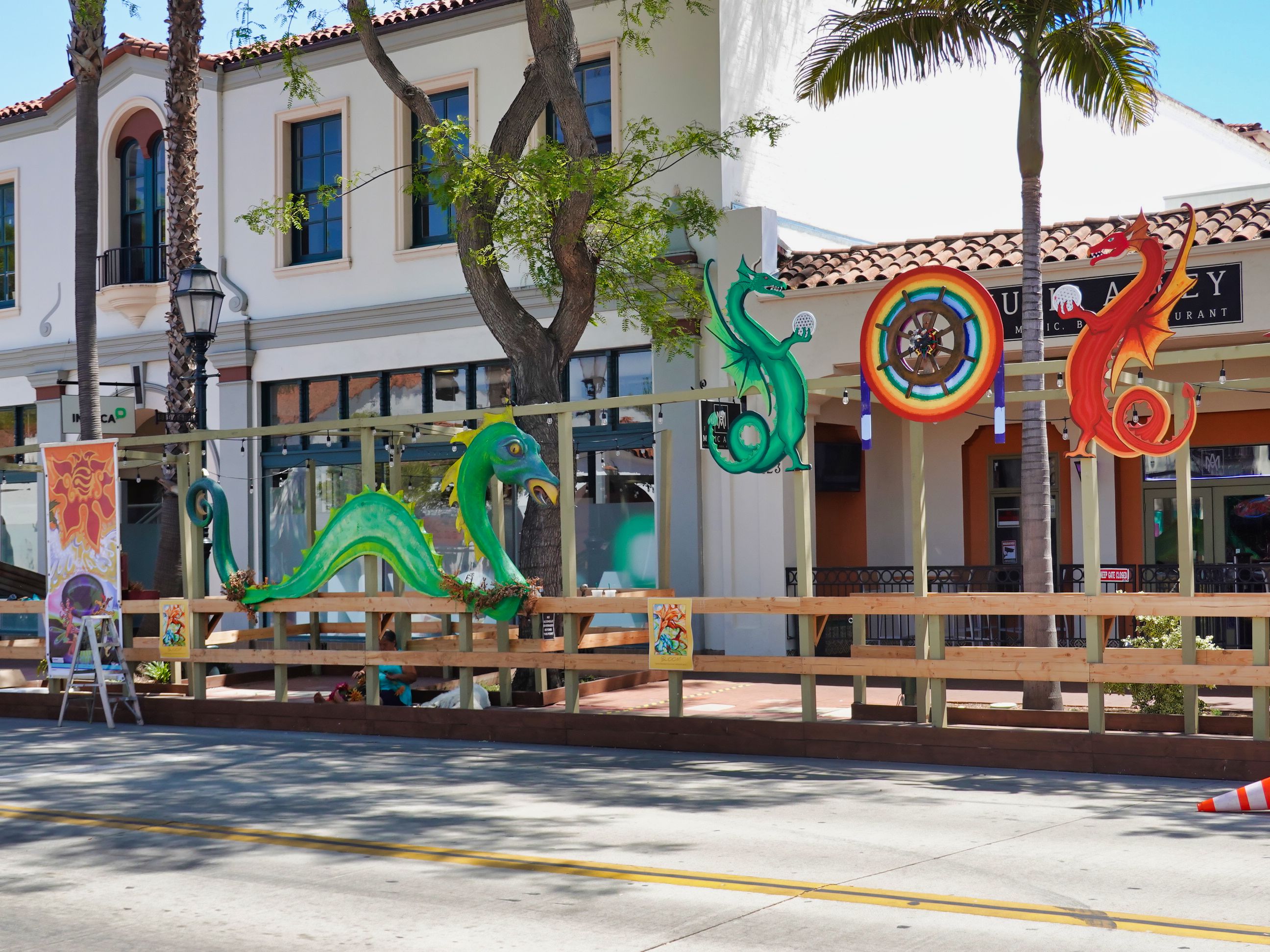 Here he kindly posed with me by the dragon:

Kenny Galindo is displaying the Solar System with each planet scaled down in size and rotating at a scaled speed. The distances between the planets are scaled to show the vastness of just our own Solar System. The Sun, Mercury, Venus, Earth and Mars are on Stearn's Wharf.

We were fortunate to catch Kenny as he was installing Saturn at Patxi's Pizza at 515 State Street: 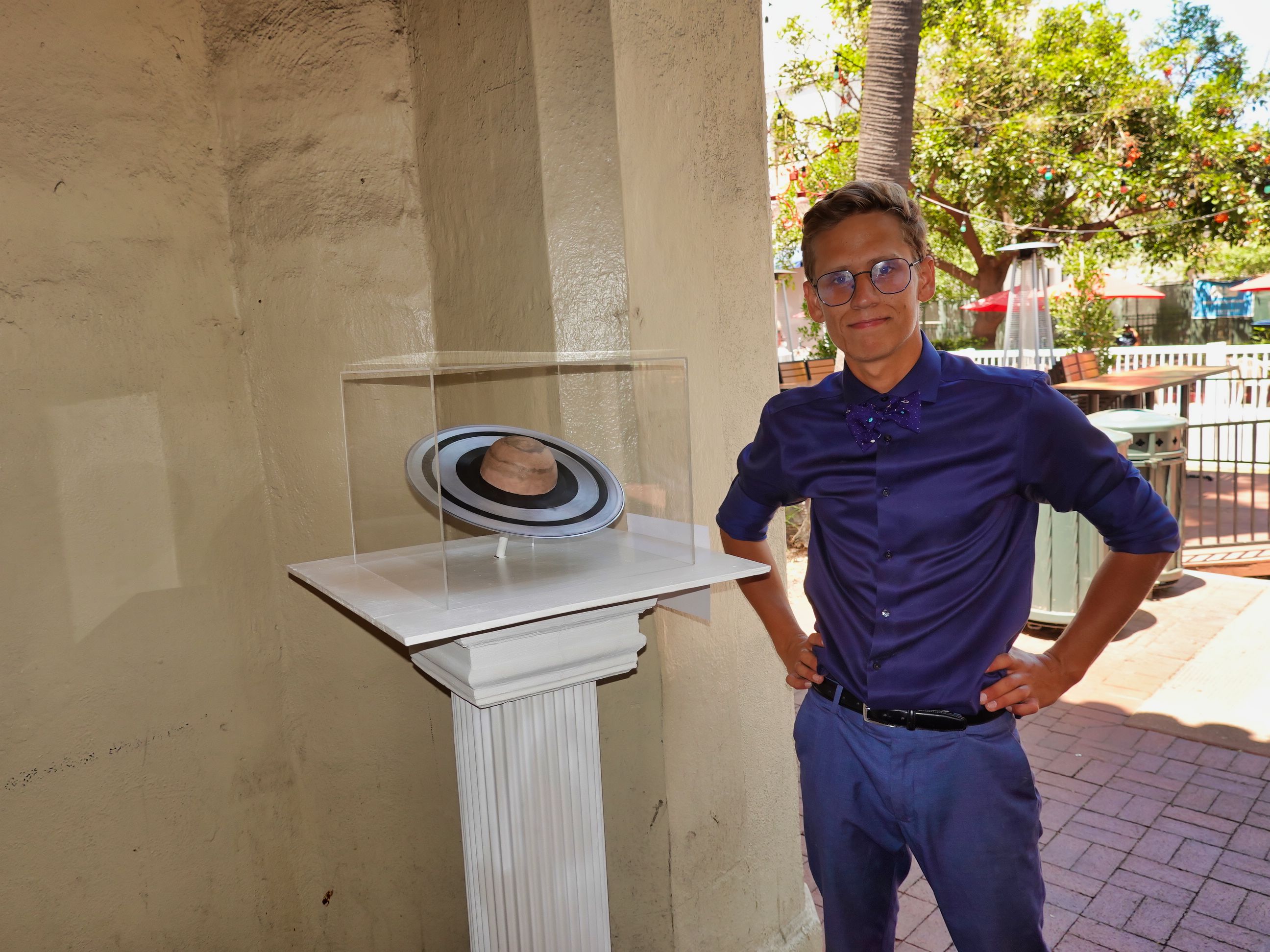 We headed over to Paseo Nuevo to find Solstice pieces, but it seemed they were not yet on display. But we did encounter a wonderful exhibit "The Invisible Seventh is the Mystic Column" by Shana Moulton at the Museum of Contemporary Art. 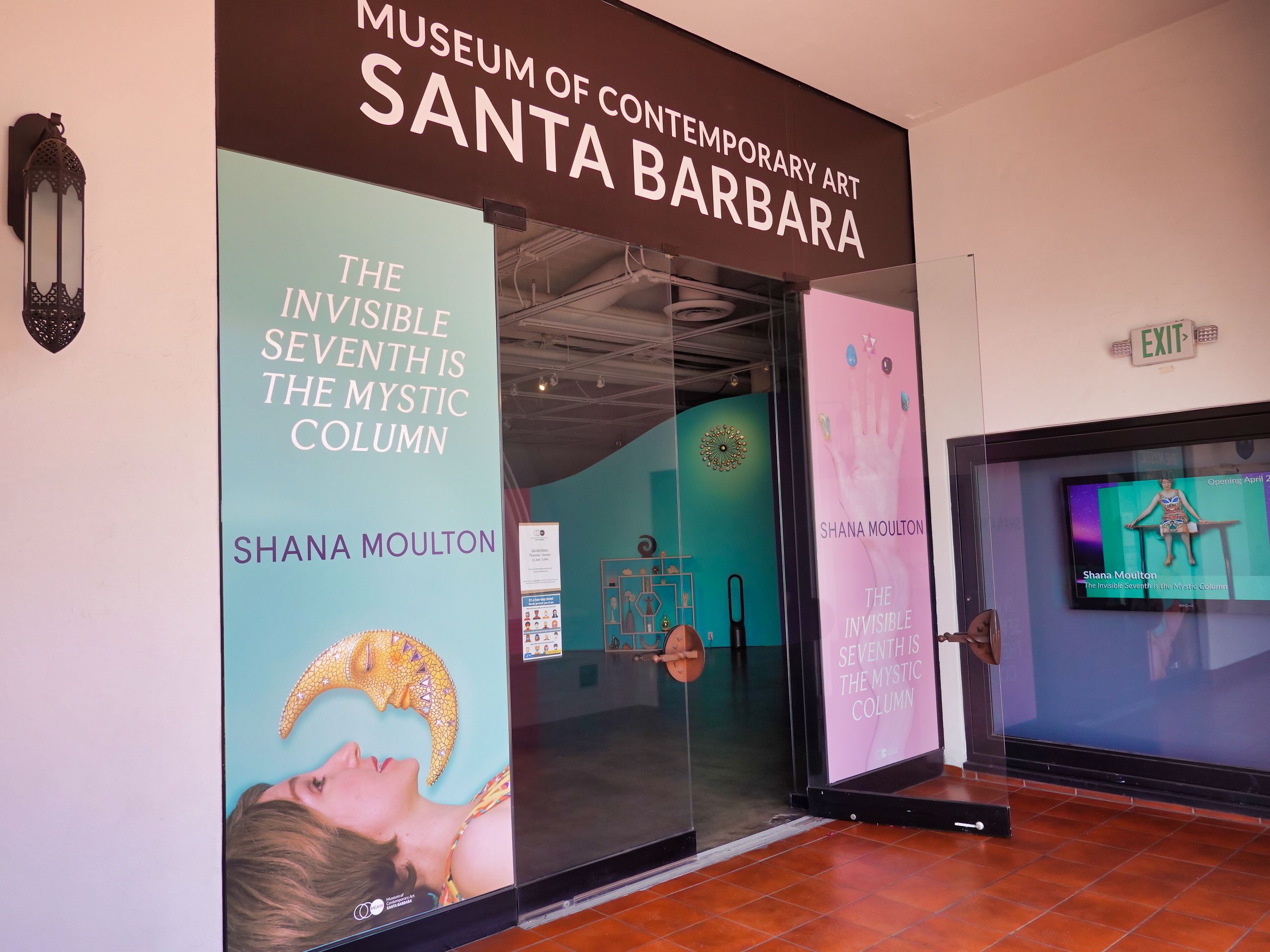 Here is a short video of one of her performance pieces:

And we found this beautiful mural just around the corner on the roof of the parking garage: 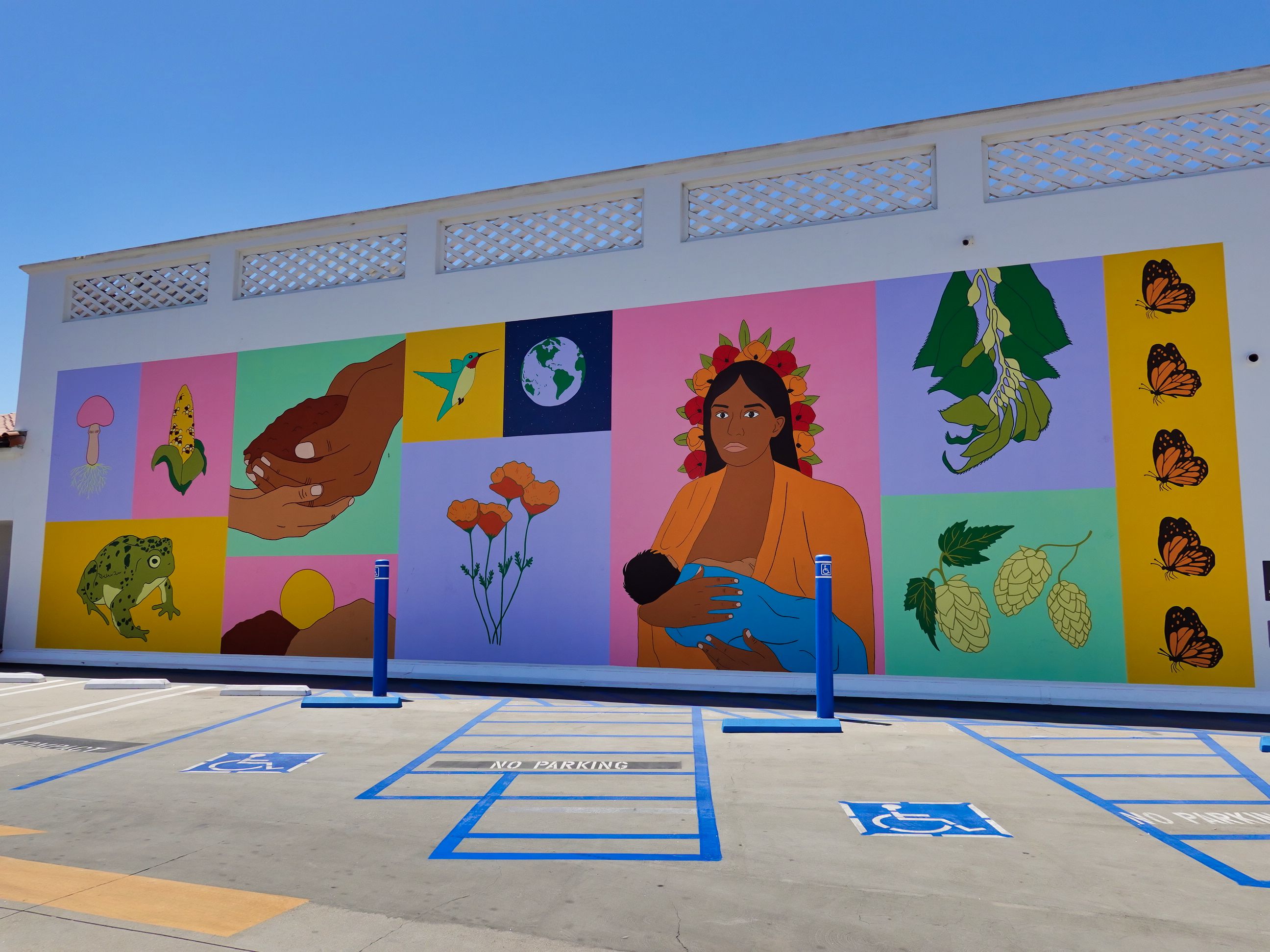 Claudia Bratton was Executive Director of Solstice for many years. She has decorated her house at 1128 Bath (at Anapamu) with giant blossoms. Along with some real blossoms in her garden. 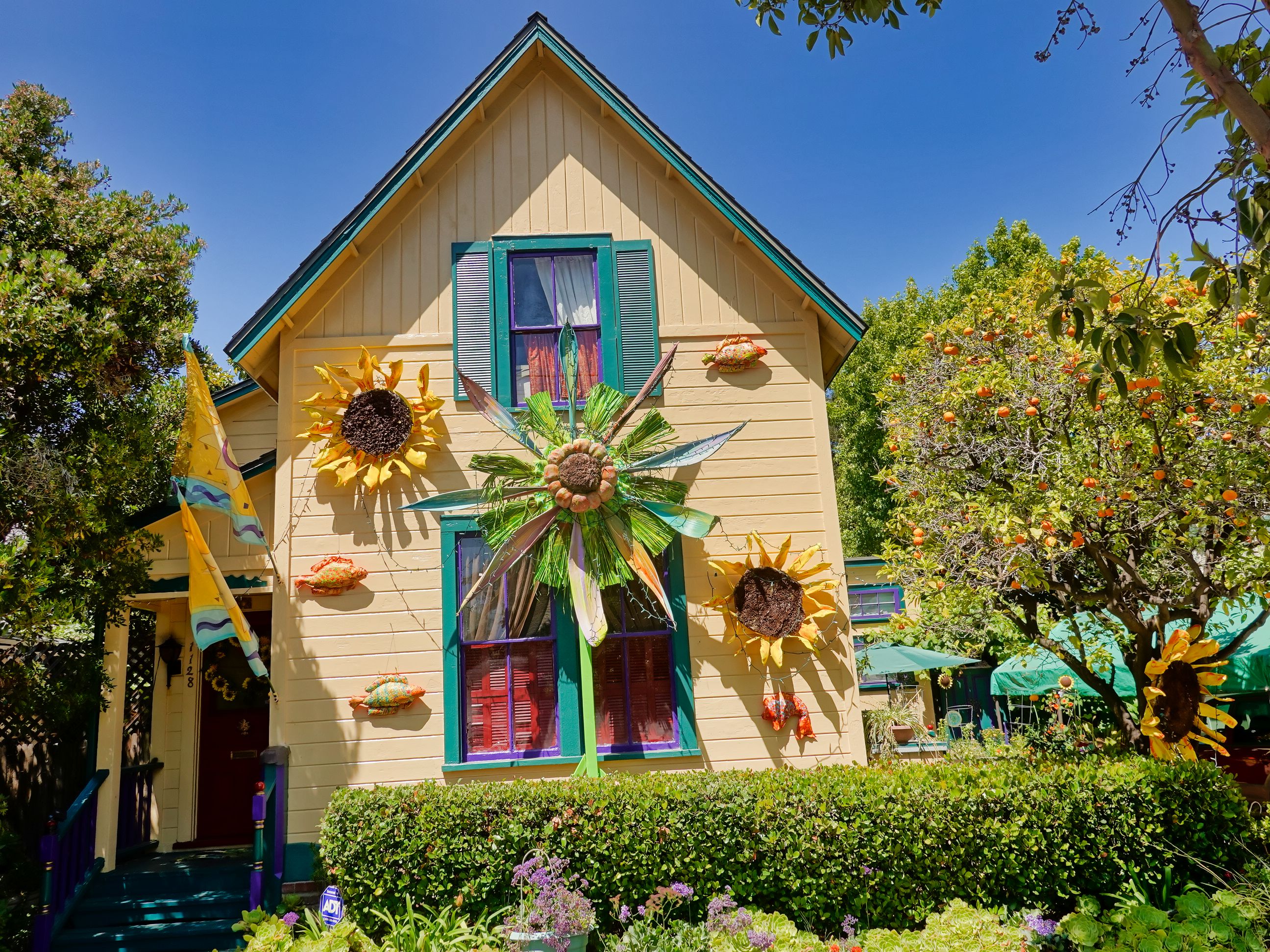 For the next piece I will simply quote the Guide!

We encountered a woman pushing a baby stroller who told us about a wonderful Blooming Garden and it was not even on the map! This is at 1605 Mountain Avenue. 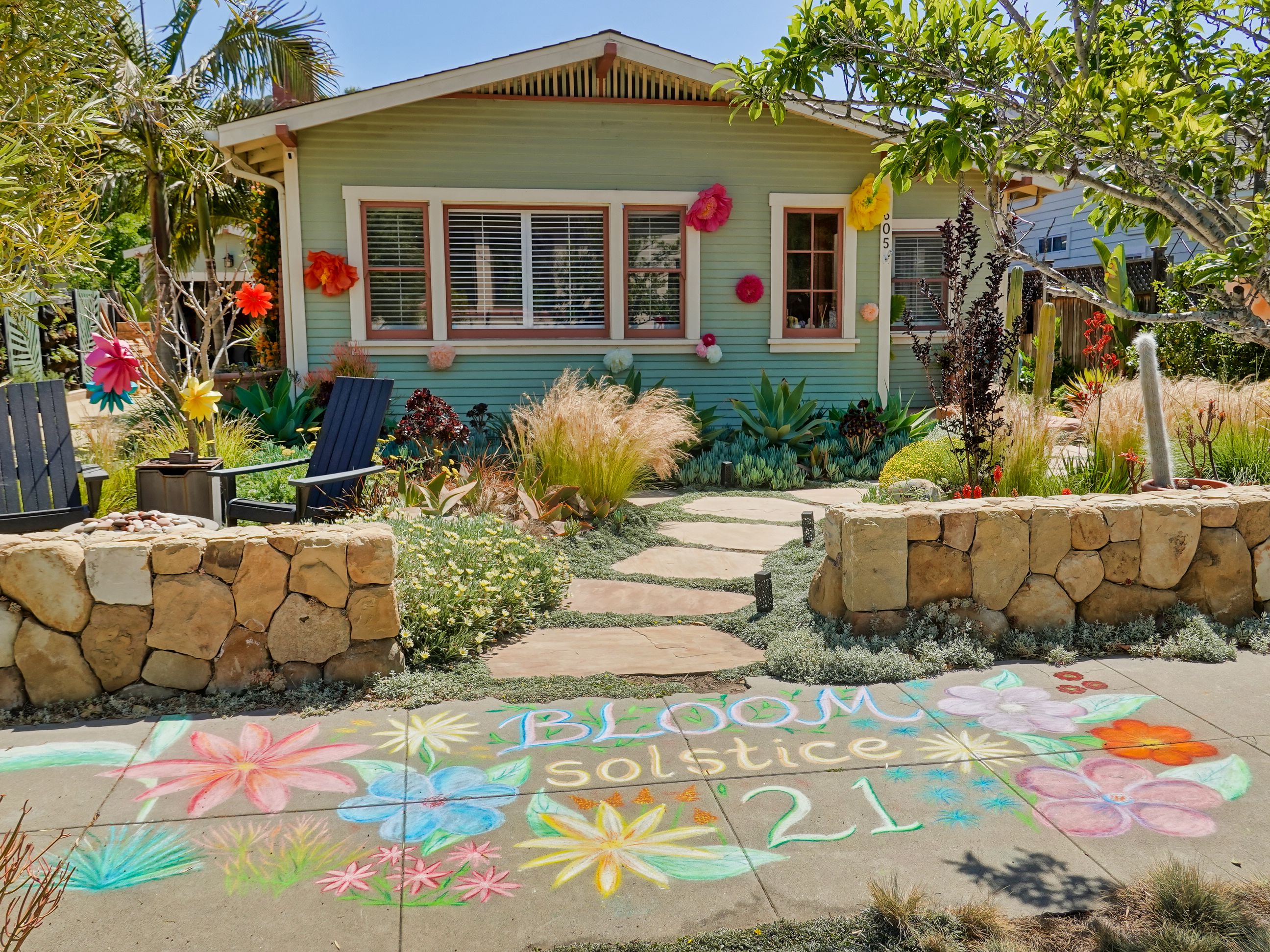 Our last planned stop was to see Dwarf Planet Pluto at Via Maestro at 3343 State Street near Loreto Plaza. A couple eating next to Pluto seemed oblivious to its tiny existence. 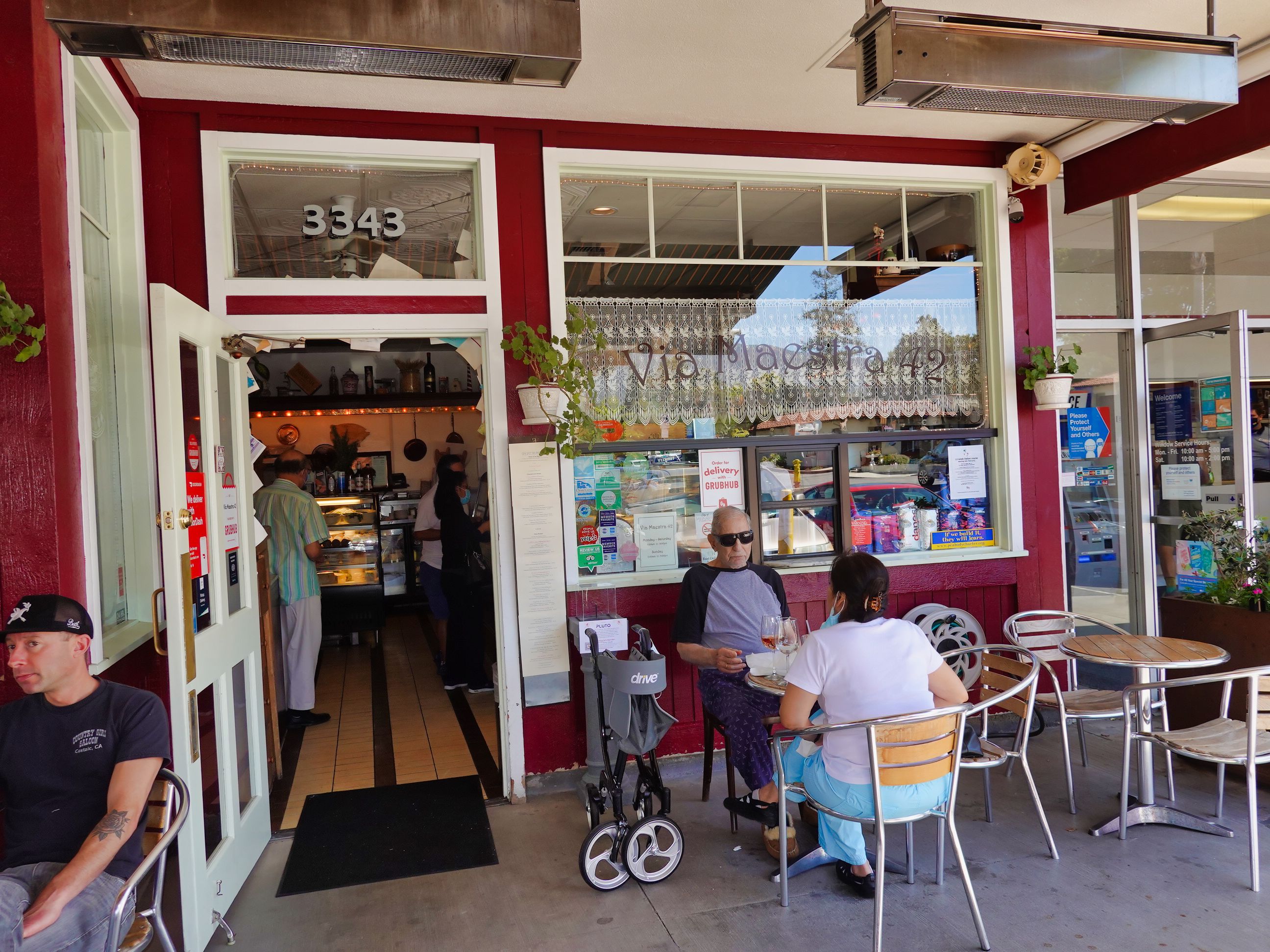 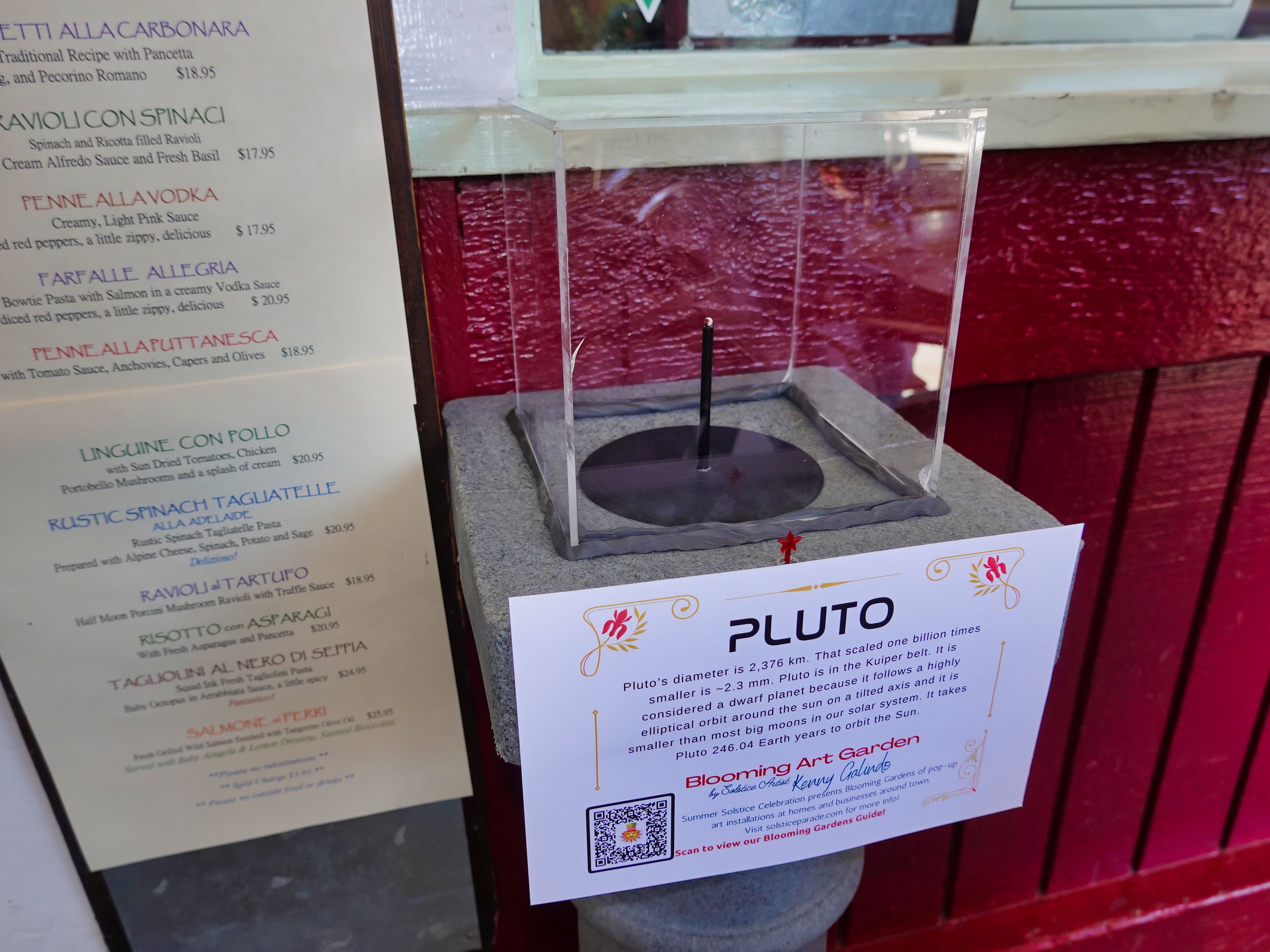 I walked to the end of that block to buy crickets at Sensational Pets to feed my White's treefrogs. And I wondered if this guy knew he had a bird on his shoulder. 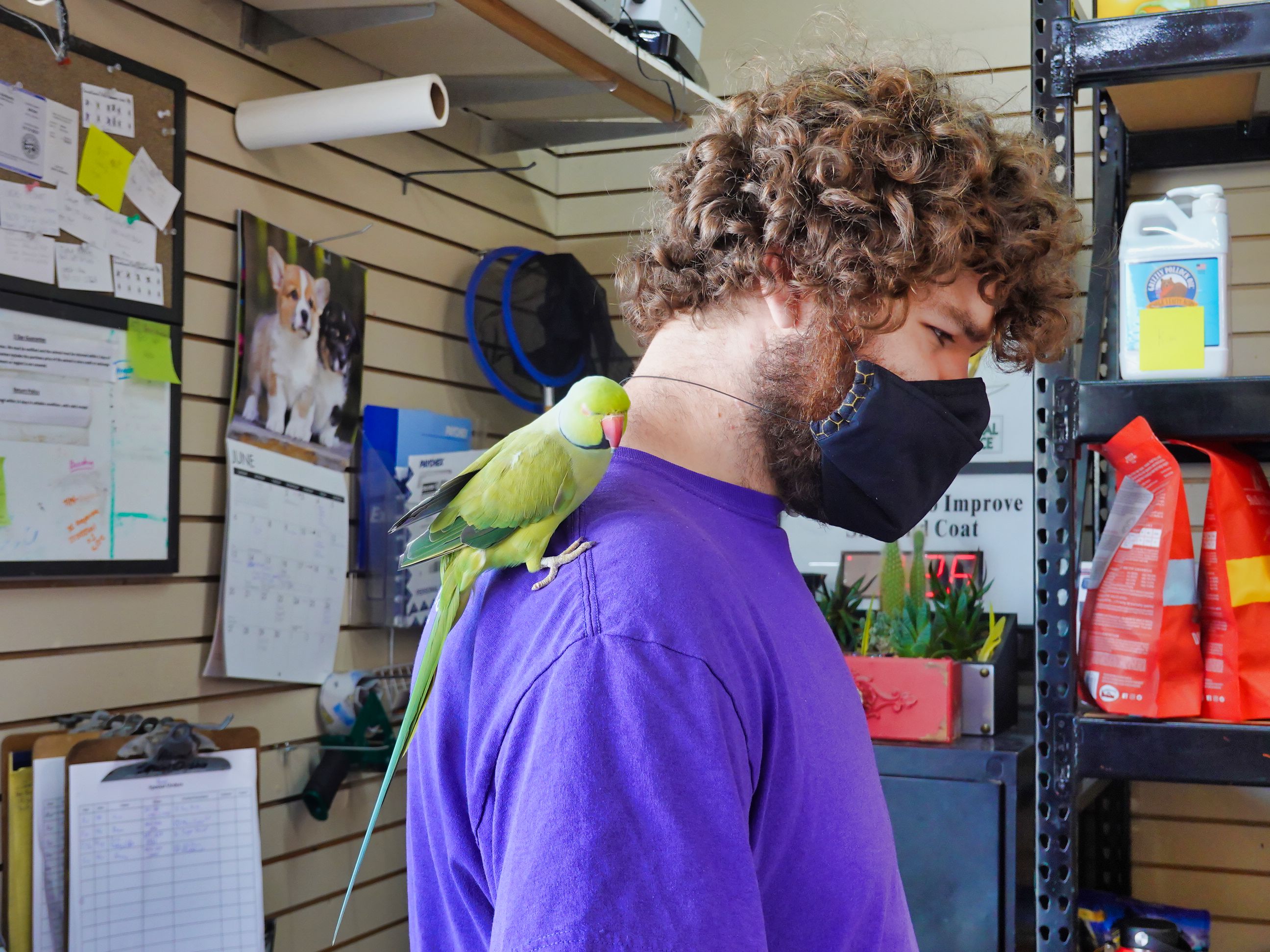 Be sure to look for the Solstice Blooming Garden displays and events happening through June 27! And you might make some other delightful finds along the way!

Thanks for the news and pictures!

Sorry not be a big fan of the "Upcoming Virtual Parade". Nice pics... I counted 10 people in the above with another 3 & 1 alien in reflections (@515 State), the big winner of people count is 3343 with 5 of the visible 10. Even in the long shot of State we can see Ed & Jim w/2 active cars. Just having a difficult time understanding how it's a "Celebration" lacking PEOPLE?

No irony in sitting in the Arlington IN THE DARK to watch the SOLSTICE celebration. LOL! Go outside!

The event at the Arlington is in the morning and will end in time to come out and bask in the noon sun!

@Fond, please learn how to

Ah, so quick to judge. Let

And for Halloween , we all

"Create your own sidewalk

Knowing she had deep mental

All parties here are at fault

Mas Gaviota, weird how you