A skateboarder suffered major injuries after being struck by a vehicle in the 6300 block of Hollister Ave Saturday evening.

Santa Barbara County firefighters arrived on the scene and discovered a skateboarder had been struck by a sedan. Firefighters and paramedics began immediate treatment for major injuries.

The patient was transported to Santa Barbara Cottage Hospital by ground ambulance. It's unclear what their current condition is.

The incident is under investigation by law enforcement. 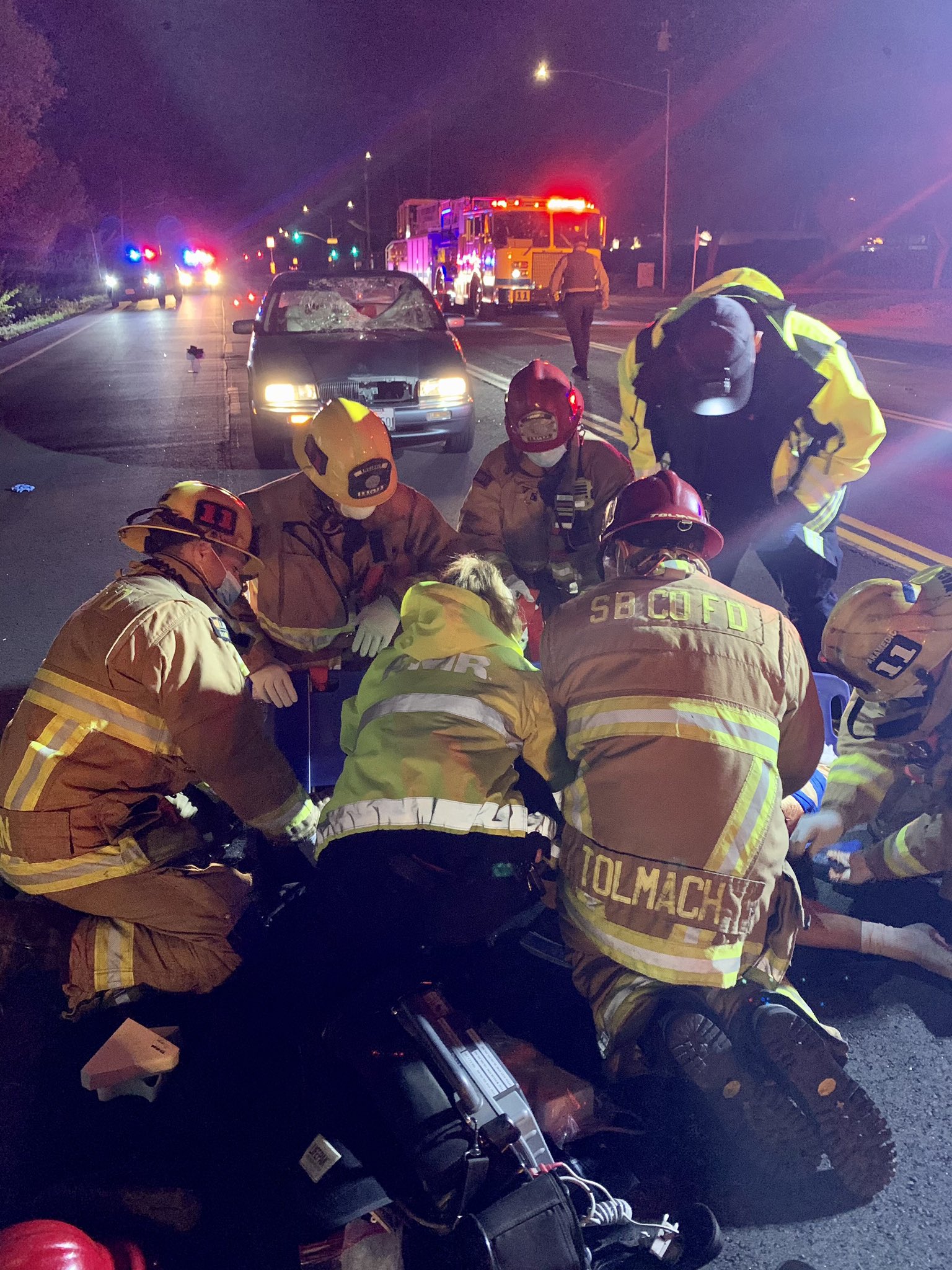 Sad. I live around Turnpike, and drive Hollister Ave north a lot at night, I see people walking, riding without lights all the time, don't know if this was the case, but tell your loved ones to use lights in any event... Praying for a full recovery

The car was on the inside lane stopped with its door open, no hazards on, so I went into the right lane around it and I saw the guy on the ground in front, the driver standing over him with his phone out.

The poor guys pants were down and his rear end was out so it was a really bizarre sight, I couldn't tell it had been an accident, I thought it was someone passed out intoxicated or something. didn't see the guys windshield was shattered like that, or any other signs it had been an accident.
I was going to pull over and see if they needed help but two cars already had, I didn't want to get in the way.

No clue why this skateboarder was in the road like that, it wasn't like he'd been in the bike lane and the guy hit him..only guess is he'd been jaywalking across the road and the guy didn't have time to stop?

Either way I'm just really glad to hear he survived and in the hospital!

The crazy thing is after I finished my errand I was heading back the other way not 5 minutes later and ALL those emergency vehicles had already arrived. Two firetrucks, like 8 cop cars, 2 airport security cars and an ambulance, they'd set up road flares and were assisting the guy, really impressive response for sure.

And I, too, have had recent

The vehicle is a dark blue

No body cameras? By design.

So you read all four articles