The Santa Barbara Sheriff’s Office is reopening a 45-year-old homicide case this week. Paul Ornelas, who was 16-years-old at the time of his death on June 21, 1975, was found deceased near the railroad tracks at the Turnpike Road overpass in the unincorporated area of Santa Barbara. The investigation was quickly deemed a homicide and detectives conducted a lengthy investigation that spanned several years. Unfortunately, despite tireless efforts, numerous interviews and various investigative techniques, no suspects were arrested.

A young Santa Barbara resident with a loving family and deep local ties, Ornelas’ unsolved murder has left his family with lingering grief. Now, thanks to advancements in DNA technology and forensics processing methods, this cold case investigation is being re-opened and assigned to detectives within the Criminal Investigations Division.

The Santa Barbara Sheriff’s Office recently introduced a new investigative tool that has proven effective in a number of critical investigations. The ANDE Rapid DNA instrument was successfully utilized during the Conception boat tragedy in 2019 to allow detectives to quickly identify decedents. This technology has also been used to process minute levels of biological evidence left behind by suspects at crime scenes. The Santa Barbara Sheriff’s Office’s success with the ANDE instrument was recently highlighted in an article by the International Symposium on Human Identification. This technology was not available at the time of the Ornelas homicide in 1975, but thanks to the preservation of evidence, and new comprehensive DNA procedures, the ANDE instrument offers a new, reliable, and effective tool for investigators to revisit this case.

The Paul Ornelas homicide investigation is currently assigned to the Santa Barbara Sheriff’s Office Major Crimes Unit within the Criminal Investigations Bureau. This highly trained and specialized unit is responsible for conducting complex and often lengthy investigations into unsolved homicides similar to the Ornelas case. It is with our hope that continued advancement in DNA technology will further assist in solving these historical cases and generate new leads to bring closure to the families affected by these tragic and senseless crimes. 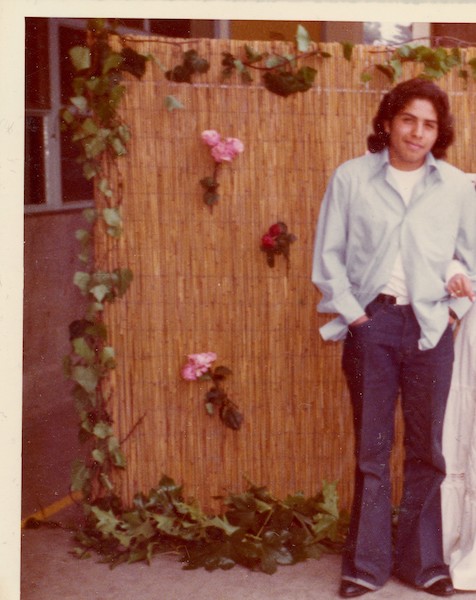 Why no mention of the DNA evidence in this case?

When my office was burglarized two years ago and the burglar was injured getting through the window, blood was everywhere, but the County Sheriff's deputy would not sample it, saying "This is not television. We don't do that". I was finally able to get a lab guy to sample it, but in that time, the results have not been run, and probably the test was not even made, as I have no evidence that it was even processed. I tried to have the test done by an independent lab, and even found a retired lab guy to do it, but I was prevented from doing so because the local law enforcement would refuse to accept the results. So even though I suspect a former employee who is ethnically identifiable (black and native American combination), I cannot go further. $7,000 worth of office equipment gone, and nothing to show for it.

Laws are arbitrary. Only applicable when it serves someones interest.

About 25 years ago me and one of my Gal's apartments got busted into on Bath street I called the PD for Insurance purposes but I knew a guy in one of the local gangs and he found out who did it for me. There was no gang involvement on my burglary. I snitched out the guys who hit my place and they got busted.

Cat of the Week: Captain Butterscotch

I took in a male street cat

More Myths about the COVID-19 Vaccine

A quote from an interview

Police Response on the Westside

Dropping off the Covid

I already know who you would