Our Solar System is shaped like a large disk, as though the Sun were a large potato in the middle of a plate, and the planets are peas rolling around on that plate. Being somewhat egocentric, we define the central plane of the Solar System as the plane of our orbit, which we see as the path of the Sun across the sky each year. We call this the ecliptic, because that's where solar eclipses happen. The orbits of the major planets exhibit slight tilts relative to the ecliptic; all are in the 1 to 2 degree range except for Venus at 4 degrees and Mercury at 7 degrees.

Mercury and Venus are the inferior planets (closer to the Sun than we are), so they can pass between us and the Sun. When they pass across the face of the Sun as seen from Earth, we call it a transit. Because the Sun subtends only half a degree of arc in the sky, and the orbital tilts of Mercury and Venus are much larger than that, we don't see a transit every time they come between us and the Sun, since they can pass above or below the Sun from our viewpoint. The only time we see an inferior planet transit is when the Earth and the Sun lie roughly along the line between the nodes of its orbit - the two points where the path of the planet's orbit intersect the ecliptic, known as the ascending and descending nodes. And, of course, to be visible, the transit must occur in daylight for your spot on the Earth. 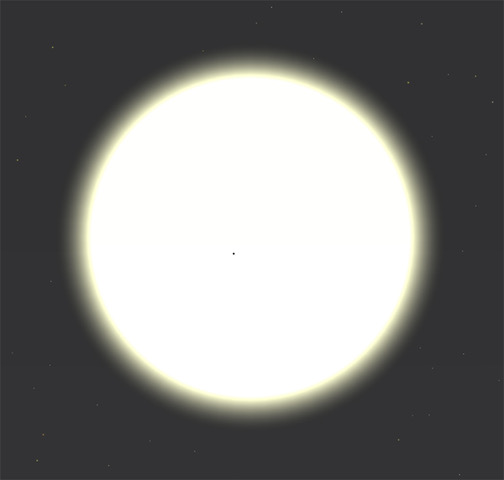 These alignments depend on the ratios between the orbital periods of the planets, plus a smaller effect from the gradual precession of their nodes around the ecliptic caused by the gravitational effects of the other planets. For Venus currently, we see transits in an interval pattern of 121.5, 8, 105.5, and 8 years. The last transit of Venus was in June of 2012, and the next will occur in December of 2117.

Mercury orbits much faster than Venus, so we get more frequent transits; roughly 13 per century. They currently occur in May or November. Mercury's last transit was in May of 2016, and the next one is on the morning of Monday, November 11, visible from Santa Barbara.

Do not try to observe this event directly with your naked eye, or through exposed film negatives, smoked glass, mylar, or multiple sunglasses - they will pass infrared radiation which will damage your vision. Weather permitting, the Santa Barbara Astronomical Unit (INSERT http://www.sbau.org/ HERE) will have safely-filtered solar telescopes set up at Camino Real Marketplace in Goleta, to show you the view. The Sun will rise with Mercury already about half way through its transit. We’ll set up in the plaza by the theater to be ready for viewers by 8 AM, and we’ll stay until the transit is over at 10 AM. Because Mercury is so small, a telescope is required to view the transit. Pinhole projection or eclipse glasses will be inadequate. 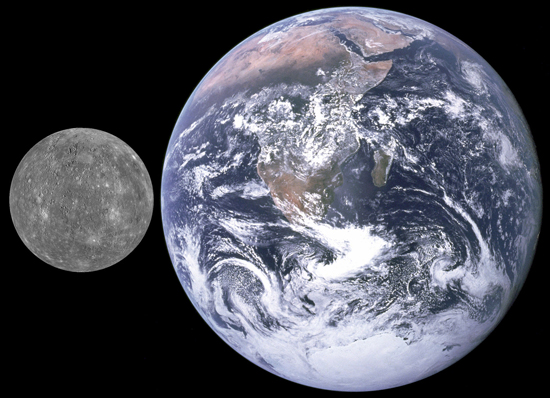 Johannes Kepler predicted that transits of Mercury and Venus would occur in 1631, but he died in 1630. French astronomer Pierre Gassendi was the first to observe a transit of Mercury, on the date Kepler predicted. Transits of Mercury and Venus enabled some of the first attempts to measure the Astronomical Unit (AU), the distance between the Sun and the Earth. Carefully timed durations of a transit as viewed from widely separated locations on Earth, plus some fancy trigonometry, would yield the actual scale of the solar system, which previously could only be described in proportion to the AU. Unfortunately, our atmosphere and optical diffraction effects limited the accuracy of this method.

The Curiosity rover on Mars observed the planet Mercury transiting the Sun in 2014, the first time a planetary transit was seen from a celestial body other than the Earth.

Future transits of Mercury will happen in November of 2032, November of 2039, and May of 2049, but only the 2049 event will be observable from Santa Barbara. If you miss Monday's event, be prepared for a long wait or a long trip.

Many of the thousands of exoplanets we’ve been finding around other stars were discovered when they transited the face of their suns, mostly by the Kepler spacecraft. Considering how rare these events really are, it’s clear that our galaxy is teeming with planets.

Come on out Monday morning and see celestial mechanics in action!

References for a Cloudy Day

At the Marketplace, the marine layer finally cleared enough to view the last 30 minutes or so of the transit. We had 8 filtered scopes set up, and about 80 viewers.

Interesting as always but wouldn't the sun be more aptly described as a large orange rather than a potato?

I woul say it's more like an orange... Partly because it's round, not oblong :)

It's more yellow, so maybe a lemon? Orange you glad I didn't say watermelon?

So much that I didn't know. Thank you!

Thanks, MacPuzl, for all these facts. Thanks also for all the facts you post about climate change and global warming, that ignorant reactionaries deny and downvote.

Thank you Santa Barbara Astronomical Unit for sharing your knowledge and telescopes with the public. I always enjoy these outings.

We were in the middle of it