Scott Gibson, 54 of Santa Barbara, died of sudden heart failure on Tuesday, Nov. 12, 2019 in his home. Scott was widely known as a professional photographer, owner of Scott Gibson Photography and Santa Barbara Postcards and a participant in the local community, and in particular, the surfing community. 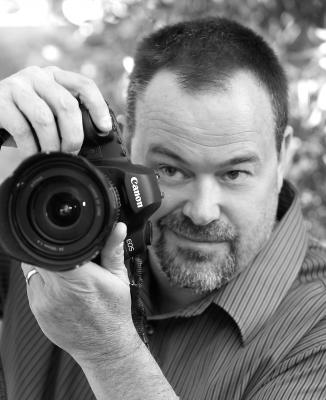 Scott was born February 1, 1968 in Midland, MI to Dennis and Ruth Gibson. Scott has 2 brothers, Steve Gibson, 58 of Mountain View, and David Gibson, 56 of Asheville, NC. Growing up in Wheaton, IL, Scott was an exceptional track athlete and football player competing in state meets and championships. Scott moved to Santa Barbara to attend Westmont College. During his college years, he participated in Semester at Sea where he traveled around the world and gained a love for adventure traveling and capturing extraordinary images on film.

After graduating he pursued his love for surfing and adventure and photography as he built Scott Gibson Photography. He traveled extensively to Bali, Fiji, and Baja while maintaining his home for over 30 years in Santa Barbara. He was married to Nancy Myers of Santa Barbara.

Friends and family openly regard Scott as the funniest person they have ever known. His extraordinary talent with the camera and charisma to rally adventures and tell stories have been enjoyed by countless people. Above all, Scott truly loved the people in his life. He is beloved for his heart and his incredible humor and his passion for life. He will be deeply missed by his parents and his brothers and all those who have had the immense privilege of sharing life with him.

A memorial service will be held Saturday, November 23 at 11:00am at Calvary Chapel 1 N Calle Cesar Chavez Suite 21, Santa Barbara.

I will miss seeing him on the beach with his magic camera..

Very sad. So sorry for his loved ones.

The world has lost a very good guy.... so devastating, so young.

Far too young to die. Scary to me as I have 3 children older than Scott. Sincere condolences to Scott's family and friends. He sounds like a wonderfully incredible man.

Scott was an exceptional human being. Always upbeat and excited about something he just did or was about to do. We worked together on a ton of projects/events over the years and I never once was disappointed in the results. With Scott on the case, you never had to worry. I miss him.

I'm shocked..... I met Scott, when he was taking pictures, of the ocean, down in front of the Biltmore. And, there was a girl swimming, even though it was freezing out, and, with her permission, he was taking pictures of her as well. She said she worked for KEYT. Can't remember her name. It was the same day I met Zack Greinke, who was also hanging out near the beach. Zack was still with the Dodgers.

I had a blast talking with him that day. He was so much fun....Sorry to hear of his passing.

One other question, if those

Mesa is Spanish for table,

Which band do you recommend

Smoke is from the Windy Fire

This is the Foothill incident