A student-led protest where high schoolers presented a list of demands to school district employees on June 7, 2020 (edhat file photo)

The Santa Barbara Unified School District's (SBUSD) Board of Education unanimously approved a resolution put forth by Black Student Youth in Santa Barbara on Tuesday.

Earlier this month, Black Student Youth SB organized a rally and march to protest police brutality and presented a list of demands relating to student's education to SBUSD employees. Last week, students met with district leaders to discuss and further outline the demands.

SBUSD created an action plan in response to those demands for board members to formally vote on. The demands include ethnic studies classes with culturally relevant curriculum, equitable hiring practices by the district, completion of bias training and de-escalation classes for School Resource Officers, public condemnation of the school to prison pipeline, allocation of funds to rehabilitation and mental health services for at-risk youth, declare racism a public health emergency and allocate resources to implement restorative justice practices to deal with hate crimes.

Last week on Juneteenth, a historical holiday celebrating the end of slavery in the United States, the Board released a press statement expressing their support for the demands of local black and other students of color.

"We have heard their calls for equality, justice, and the end to systemic racism within our district:  from the thousands who marched to our district office, the hundreds who have sent emails, the dozens who spoke out at our last meeting, and the student leaders we met with for hours earlier this week.  And now we are prepared to act," the statement read.

School board member Kate Ford worked with her board colleague Wendy Simms-Moten, community and student leaders, and district staff in developing the resolution.

“The overall lesson that we learned over these past few weeks is that it is important that we listen and learn, and I hope that whoever reads this resolution will see that we are listening and we are learning,” Ford said.

Dr. Frann Wageneck, Assistant Superintendent of Student Services, said as we continue to listen and learn, we need to also focus on action and change. “As we stated to students who presented the demands to us at the district office [during the June 7 Black Lives Matter student protest] it’s important to watch our actions and make sure they back up our words. Regular reports on our progress will be essential.”

More than 60 people spoke during public comment, including Black Student Youth SB member Talia Hamilton, one of the students who presented the demands to district leaders. Hamilton said she was pleased with the resolution and action plan, and looked forward to continued collaboration with the district.

“I think it’s great how much support we have been getting,” Hamilton told district leaders. “We can’t do much without you guys. We are very thankful for you. I’m excited to see where this goes. We need to teach our youth that there is no room for racism. It’s not one and done. This will be a process.”

Last week, the district’s English Learner Advisory Committee (DELAC) delivered a Statement of Solidarity in support of the student demands and the Black Lives Matter movement. Members of the committee acknowledged the “deep roots of racism, colorism and anti-blackness that exist within our Latinx community.” 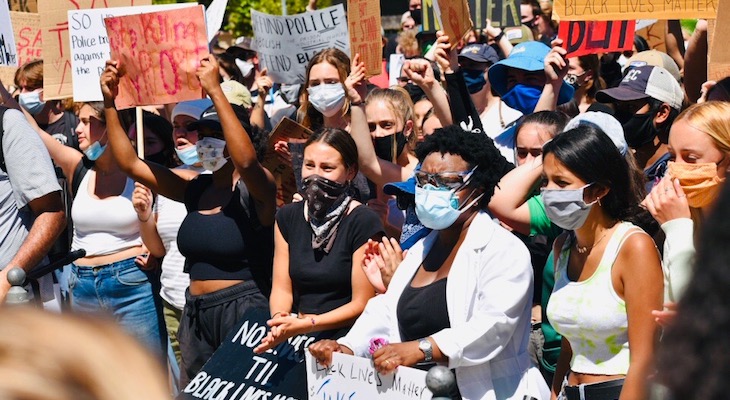 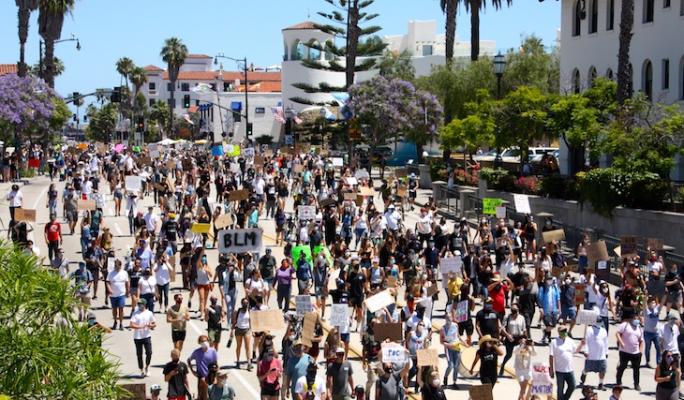 Oh, my god! I think we've just turned the corner!

Great! Glad to hear we're moving in the right direction!

Ok great but is school even going to happen? That’s my concern at the moment. Do I need to quit my job to become a teacher in August or is the school also going to step up and let the kids come back to school to LEARN!

What does that have to do with the article?

So the School Board caves in to the demands of a small group. Now that they are emboldened by that success, what comes the next time that or another group decides to make more demands? What happened to school teaching young people to read, write, do basic math, history, civics. Now we get ethnic studies and the schools' scores are poor.

8:31 - Right? BLM is such a tiny group and their demands for equal rights through teaching racial disparity are so silly! Now our students will be poorly educated all because of BLM..... right? Ama' right folks? Jeezus........