Santa Barbara’s parks department has indefinitely delayed a key hearing in its $14 million plan to remodel Ortega Park after opposition was raised over the intended demolition of the many historic murals that adorn its buildings and walls.

The murals, which depict Chicano, Chumash, and Aztec imagery, as well as family and ocean themes, were first painted in 1979 during an official artists’ exchange with Santa Barbara sister city Puerto Vallarta and were part of a concerted effort to reclaim Ortega Park from the drug activity that prevailed there at the time. Other pieces by local artists, including globally recognized muralist Manuel Unzueta, have been slowly added over the years, one as recently as 2019.

Mark Alvarado, a former city staffer and now neighborhood advocate, complained that tearing down the murals with no attempt to preserve or even catalog them would mean erasing an important part of Santa Barbara’s cultural legacy. While Alvarado said he appreciated the city’s assurances there would be fresh opportunities for public art at a revamped Ortega Park ― which is expected to include a long list of new and updated amenities, including a swimming pool, water slide, skate park, sports courts, and synthetic turf field ― he found it unacceptable that the original pieces would simply be relegated to the dumpster. 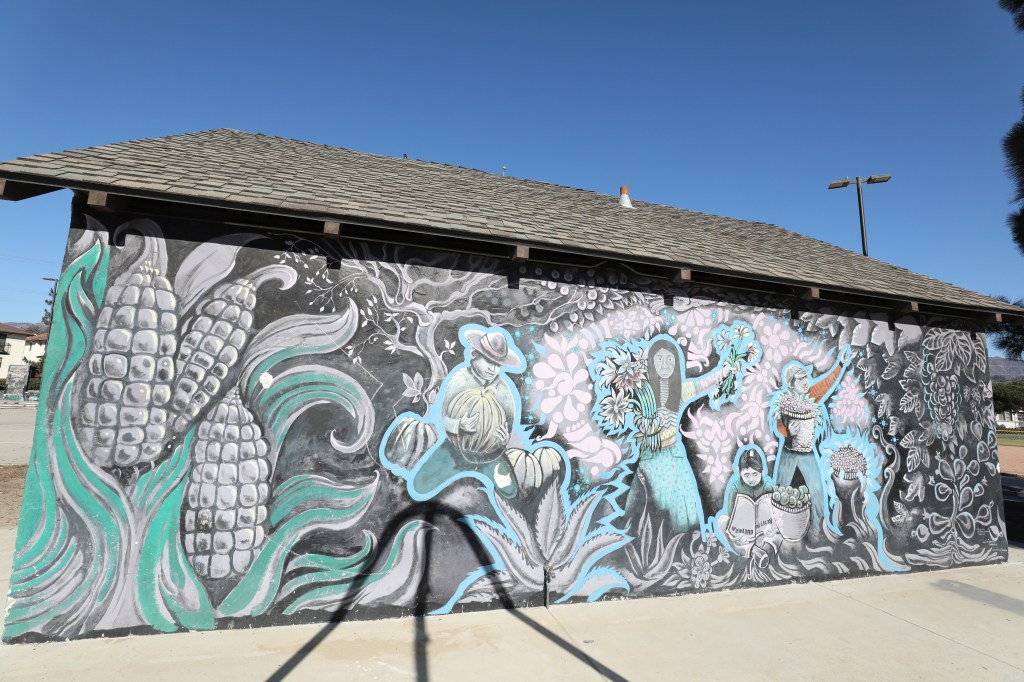 “If you don’t give acknowledgement to what was there before, you’re removing our history,” he said in an interview this week. “How vibrant of a community are we, really, if we allow that kind of thing to happen?” Alvarado enlisted the support of Councilmember Alejandra Gutierrez, who frequented the Eastside park as a child and echoed Alvarado’s concerns inside City Hall.

As it turns out, state law doesn’t find the parks department’s plan acceptable, either. The California Art Preservation Act prohibits government entities from physically altering or destroying public art without the artist’s express permission. It has been invoked multiple times in Santa Barbara in recent memory, two examples being the preservation of the tile murals on the old downtown Vons that now cover an outside wall of the Public Market, and the relocation of the brick bench-like sculpture from the sidewalk in front of the Habit on State Street to the train station. Alvarado is also petitioning to have the Ortega Park murals designated as official structures of merit by the city’s Historic Landmarks Commission.

“This was a cultural lesson,” Unzueta said. “I have nothing against the city, but what about the spiritual aspect of the park, the most important park on the Eastside? What about the community around it? Those are the kinds of things they never took into consideration.” Moving and preserving the murals is no easy task, Unzueta acknowledged, but it’s certainly not impossible. All it takes is diamond core drill bits and muscle, he said. And not every mural may be saved. It will be a discussion with the artists and the community at large, which should have happened in the first place, he said. “They were going to destroy everything to build something new,” he said. “That’s just how the city thinks.”

The project hearing, originally scheduled for the Planning Commission this Thursday, will now take place at a later date “in order to provide time to prepare an evaluation of the feasibility of relocating murals on buildings and walls proposed for demolition,” the parks department announced in an email Tuesday. “For those of us who see Santa Barbara for what it is and what it’s worth, it’s a no-brainer,” Alvarado said. 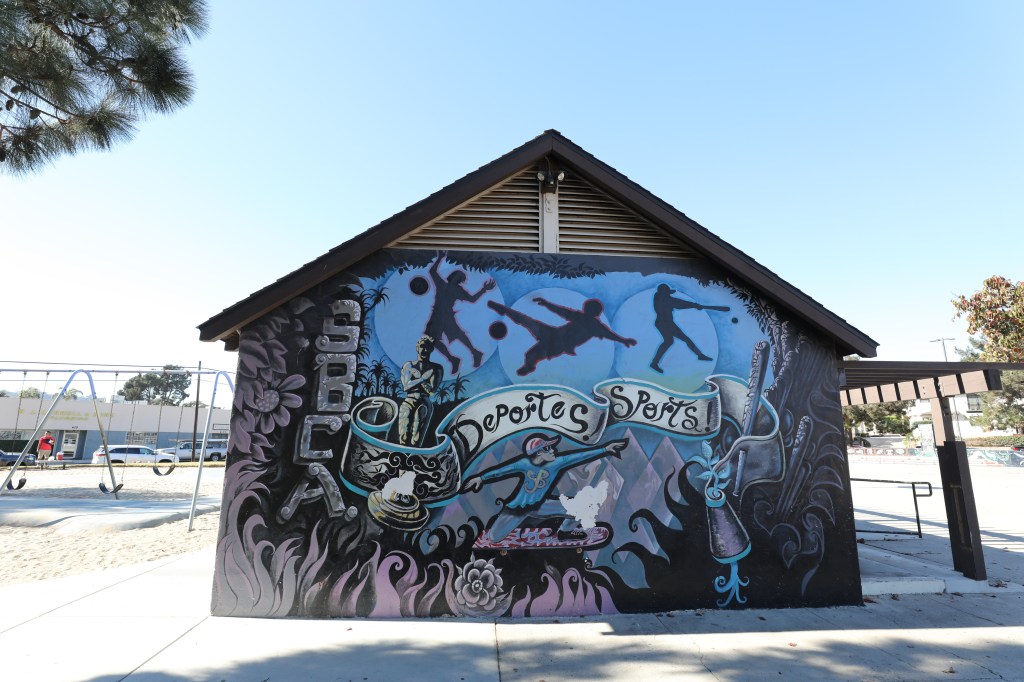 The new park needs to go in. The existing park is a den for gambling, violence, prostitution and drugs. I would gladly give up the “murals” for revitalization of the area. To those who want to save them: Have at it! Get your saws and drills and wheelbarrows and go get them and take them home to your backyard or patio or whatever. Let’s move on already!

I'm all for saving it and I'm all for letting those same artists do something new..

Agree the Parks Dept. should have given a heads up notice, with a chance for the artists to preserve the work --- not sure why it is the city's, the rest of us, responsibility to save these works. The lower right hand corner shows how little care the neighborhood apparently had for the art work. Did the city give original permission for the painting? If so, they do have some responsibility for it.

There are security concerns that must be addressed by members of the community who have a expressed cultural and historical attachment to this park. People from the entire city should be able to go to Ortega Park without fear. That's right: without fear. If you have been around for more than a moment or two, the kids, especially teen boys/girls from the Westside, will not go to the upgraded facilities. I really hope there are discussions on how everyone can enjoy all of our parks, but especially this one in the heart of the Eastside.

And this is why it takes forever to get anything done in SB. Oretega park needs a major over hall. The new plans will provide the community with a much needed pool and splash park. Not every piece of art can (or should) be saved. I'm sorry for the artists but building a new park with new art is not removing history. New art can and should be made to reflect the history of the area. I believe the developers said it was impossible to preserve the murals since the walls need to be demolished. So how do they expect to do this? And at what cost?

Demolishing walls does not have to mean destroying murals. They are preserved all the time, all over the world. It quite common. It just takes effort.

The point is that these things require input from communities, not just one body that decides to make the change. It is not just an artist that is frustrated. Art is but around and within community about community issues and also builds community itself. This is not why it takes so long IN SB...it takes a long time all over because many people of many communities have different opinions and needs. Thus, everyone who cares should show up and work out together how to make it work best for all. That is how community works.

Margaritas on the Beach!!!

two days ago noticed a dandy

Cycling is not allowed on the

CSF, Love your posts. On a

Dog of the Week: Lola

Influenza is absolutely not a