Dr. Paula Congleton is going back home to become the head softball coach at her alma mater, the University of New Mexico. She resigned as head coach of the SBCC softball team on Tuesday. She’s been the head coach for the last 19 years, compiling a 354-322 overall record and 188-160 in the Western State Conference. She led the Vaqueros to four playoff appearances and a trip to the Southern Cal Super Regional in 2016. Congleton was born and raised in Albuquerque, New Mexico. 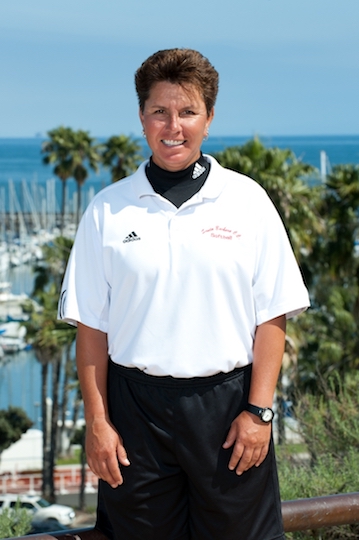 “My extended family, two brothers and mom still reside in Albuquerque and I’d always thought about going back there,” Congleton said. “Throughout the years, I have followed the Lobos and each time I return home for visits, I go to Lobo events, including Softball Alumni events. So to be able to go back to where it all began is a dream come true. “They called me asking if I would be interested in the head coaching position. Of course, I said ‘Yes’ and started the interview process. This opportunity has brought an amazing full-circle moment to my career and life.”

Congleton received her B.S. in Physical Education from the University of New Mexico. As a first baseman for the Lobos, she was a four-time Scholar Athlete (3.89 GPA) and a three-time All-American. While completing her Master's degree in Curriculum Development, she was a Graduate Assistant with the Lobo softball team. In 2009, Paula received her Doctorate in Educational Administration.

"Coach Congleton has great passion and pride for Lobo Softball," said UNM associate athletic director Ed Manzanares. "The chance to bring back one our most decorated Lobo Softball players, with her coaching background, to lead our program is very exciting for me. I know Coach Congleton will work tirelessly to build a program that can compete for championships in the MWC."

Congleton’s best year at SBCC came in 2011 when the team went 31-7 and won its only WSC championship. Along with longtime assistant coach Bill Hilliard, she was named WSC, Southern Cal and NFCA National Coach of the Year. A three-time WSC Coach of the Year, she guided the Vaqueros to their first Southern Cal Regional playoff series win in 2016 and their first trip to the Super Regional. That team had the second-best record in school history (30-14).

“I remember the first years when we actually played at Dwight Murphy Park and had to move our equipment to and from SBCC,” recalled Congleton. “One highlight that spans my career is the recognition my players received not only athletically but also academically. Another is having the best coaching staff in California helping guide us to the successful program we are today. And keeping in touch with all the SBCC Alumni brings me the most joy.”

In addition to making SBCC one of the elite programs in the WSC, she also has a prestigious academic resume. Congleton has been a full-time Professor in the Physical Education/Athletic Division at SBCC for the past 20 years. She taught health, weight training and kinesiology and worked in the Life Fitness Center. She helped start the highly successful Academic Achievement Zone for student-athletes and served as the Associate Athletic Director for two years.

“Paula has provided excellent leadership to our softball program and our health/physical education classes in her 20 years at SBCC,” said athletic director Ellen O’Connor. “Paula's dedication to developing student potential and supporting student success was evident in the achievements of her teams and the development of our Academic Achievement Zone for student-athletes.

“While we will miss Paula, we are excited for her return to her alma mater and wish her the very best in her new position.” Congleton says she’ll always have a special place in her heart for SBCC Softball. “Having the opportunity to coach young women is a treasure in itself but what I will miss is the dedication these kids showed each year,” she noted. “We do not give scholarships or subsidize a single thing for them and yet they commit to the sport of softball each and every day.”

SBCC will begin the search for a new head softball coach immediately.

Maybe all those opposed to

Seems to be, the sellouts

Your statement is non-factual

Your statement is non-factual

There was a health order

DTOM - the problem lies with

I really enjoyed this series.

This is a Great article. The