American Kestrel #4421 was brought to SBWCN on November 13th after being found on the ground in distress in Goleta. Although she was alert and in good body condition, this kestrel was covered in contaminants. Mud was caked on to her wings, body, and legs, damaging her feather condition.

The kestrel was stabilized with fluids that night at our Center. She received her first wash the next day. Upon further examination, staff determined the extent of the hardened mud would require an additional wash. After a successful second wash a few days later, staff discovered a wound on her keel that was hiding under the mud. Her wound was cleaned and sutured. She ate lots of great meals while her injury healed and feather condition improved. 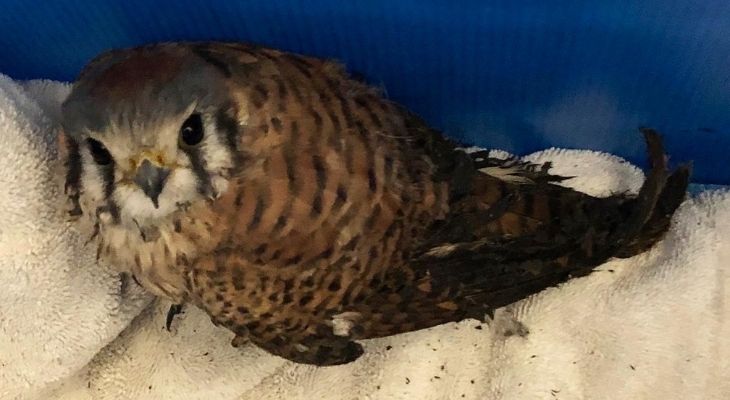 After 21 days in care, two washes, one wound repair, and plenty of yummy food, American kestrel patient #4421 was released on December 3rd!

Watch her return to the wild: https://youtu.be/D_vccE0qnVY

Help birds like her get their second chances: https://sbwcn.kindful.com/?campaign=1099721

SO beautiful! Thank you, SBWCN! We are so so lucky to have you! Love our local wildlife.

So thankful for all the work you do....

Yay! What a beautiful bird

GT- Buford did. "So General,

How many years did it take of

The same people that are

They have similar laws

"So General, when I fish for

Sail you couldn't educate me

Starting to think Buford is

Initially CHP had it as a hit