The cause of the wildland fire in Santa Ynez, on Saturday, May 18, 2019, was determined to be a result of an individual eradicating weeds with a propane torch. A Santa Barbara County Fire Investigator educated the individual on the dangers of using torches to eradicate weeds and issued a citation for allowing a fire to escape his control and for burning flammable material on a designated “No Burn Day”.

The Santa Barbara County Fire Department does not recommend using torches or open flames for weed control and this practice is illegal in many parts of the county. As a reminder, all permit burning must occur on permissible burn days and you must follow all permit instructions when conducting burn operations. Burning of vegetation is not authorized unless the material is thoroughly dried, cut, and stacked in piles. Burning operations must be confined within fire breaks and you must have a way to rapidly extinguish the fire.

Firefighters contained a brush fire to two acres when three homes were threatened in Santa Ynez on Saturday.

At 11:46 a.m., Santa Barbara County firefighters responded to 1575 Edison Road and discovered fire burning in light grass at a moderate rate of speed. Three nearby homes were threatened prompting fire crews and a helicopter to lead an aggressive attack, said Captain Daniel Bertucelli.

Firefighters surrounded and extinguished the fire, preventing the homes from being damaged. It's approximately two acres in size and being mapped for a more accurate size. Crews will be on scene for more than one hour mopping up the scene. 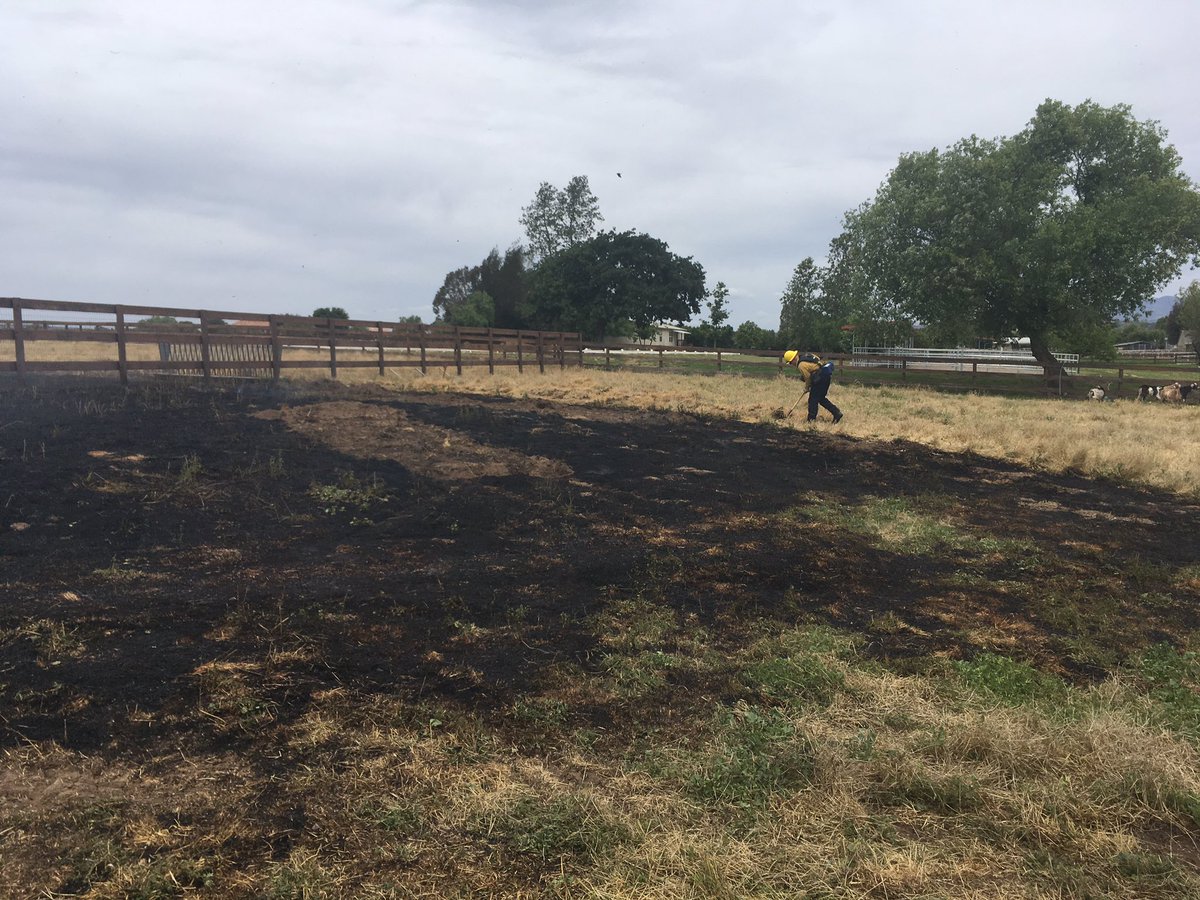 Vegetation fire in the 1500 Block of Edison in Santa Ynez.

This is a water agreement,