At 1:51 p.m., crews and air tankers responded to the area of Foxen Canyon Road and Orcutt Garey Road near the Rancho Sisquoc area. The first arriving crew noticed visible smoke from a distance and reported 2-3 acres burning in heavy brush at a moderate rate of spread. Responding air tankers reported the fire had a potential of 5-7 acres.

Two engines and a crew will remain on the scene overnight mopping up and patrolling the perimeter.

There were no injuries or threatened structures. An investigator will determine the cause of the fire. 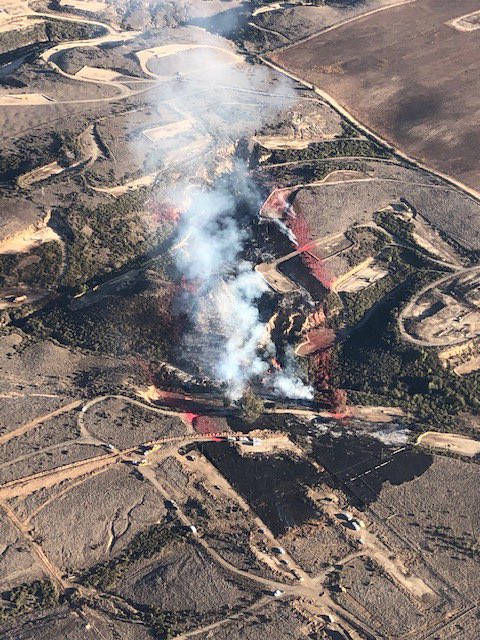 County fire is on scene of a brush fire near Foxen Canyon Road & Orcutt Garey Rd, Santa Maria. Estimating at 3 acres now with potential for 7 acres. No structures threatened.

Copter 528 has been requested to respond now. 528 is based in Santa Ynez

Tankers 74 and 75 on scene. Investigator and Copter 308 are enroute.

Air Attack is on scene