A Santa Maria man was arrested on Saturday for allegedly raping a woman at a hotel in Indio.

Indio Police report 27-year-old Freddy Perez was arrested at the Quality Inn Suites around 4:25 a.m., July 20, and booked in jail. The victim stated she rode to the hotel with people she met at a Coachella nightclub and the assault took place in the hotel.

Perez is the former manager or Roberto Tapia, a Mexican music performer, and was also the booking agent of Enigma Norteño who performed at the same Coachella nightclub on Friday, July 19.

Perez posted $55,000 bail and is expected to appear in court on September 18 to face felony rape charges, reports the Desert Sun.

The Indio Police Department urges anyone with information relating to this case to contact IPD at 760-391-4057 or, to issue an anonymous tip, call Coachella Valley Crime-Stoppers at 760-341-STOP. 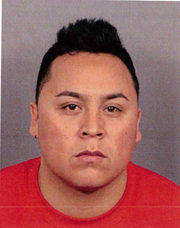 One, if you are compelled to

Thanks for reminding me why I

Such a flurry of press

Why do those on the extreme

There was a missing at risk

If no one is there to hear it

Yep--it is shocking the way

Stone NEVER was sentenced to