On Saturday 1-2-21, at 1630 hours, SMPD received calls of a shooting in the 900 block of West El Camino St. Upon arrival, Officers found the victim, Kevin Alan Najarro, deceased, having suffered from multiple gunshot wounds. SMPD patrol officers and detectives began to investigate as the crime lab personnel gathered evidence from the scene. Detectives worked almost non-stop through the weekend and following week, with great success. The evidence located led to the identification of Robert Anthony Molina, a 35-year-old resident of Santa Maria, as the shooter.

Molina was eventually tracked down to an apartment in the 200 block of N. Depot St. Molina was taken into custody by detectives and patrol officers without incident. Molina was booked at the Santa Barbara County Jail for Murder, with a $3,000,000 bail. This incident is not believed to be gang-related. 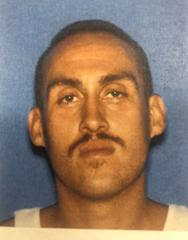 Our condolences go out to the family and friends of the victim, Kevin Alan Najarro. It’s always a tragedy when anyone is lost to senseless violence.

We are grateful to members of the community who offered assistance; this case would not have been possible without your truly meaningful contributions.

We would like to thank and recognize the hard work and dedicated effort of the SMPD personnel whose extraordinary efforts in this case, helped make this community safer.

It’s the mission of the Santa Maria Police Department to do everything we can to keep members of this community safe, and hold those accountable who would cause harms to others. Anyone with information about this incident is encouraged to call Det. Kulp at 805-928-3781 x1643 or the SMPD Tip Line at (805) 928-3781 x2677 (COPS).

The victim in this homicide has been identified as 35-year-old Santa Maria resident KEVIN ALAN NAJARRO. 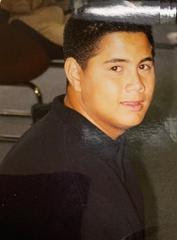 On 1/2/21 at approximately 1630 hours, officers responded to the 900 Blk. of W. El Camino St in response to shots heard in the area. Upon arrival, officers located a Hispanic male adult with a fatal gunshot wound. The unknown suspect(s) fled the area prior to police arrival. The victim’s name is being withheld pending next of kin notification.

The Santa Maria Police Department Detective Bureau is investigating this crime and is asking for the public’s assistance. Anyone with information is urged to contact Detective Kulp at 805-928-3781 x1643 or the tip line at 805-928-3781 x2677 (COPPS).

Sad part of this is that it barely made a ripple in the news. Seems like it is becoming 'routine,' at least in Santa Maria.

In parts of Santa Barbara, too, but what can you say or do about boys & men who form groups and make it their mission to kill each other, and are so committed to it, they risk their lives by just getting together during a pandemic? They can't all be crazy or stupid.

LUVADUCk, sadly, yes, they can all be that stupid. The more American cuts school funding and underpays our teachers, the more stupid we get every day. Look at how we handled the pandemic as a country. Pretty sad that the best we could do was be the worst in the world. It says a TON about us as a society. My guess is that most of these gang bangers never passed the 8th grade and never had a chance.

LUVADUCK - again blaming males.... plenty of female gang members out there. There's a whole clique just for the "cholas."

Kudos to Santa Maria PD for getting the shooter so quickly-Excellent work! RIP to Mr. Najarro

Jealousy is so appealing.

I know they just all want to

To quell anyone's fears, this

YIKES!!! Maybe they got that