The Santa Barbara Zoo announced the passing of their lion Chadwick Thursday morning.

At 21-years-old Chadwick was considered elderly and passed due to complications related to old age, reports the zoo. He lived at the Santa Barbara Zoo for nearly 17 years.

Chadwick was a geriatric lion who dealt with age-related health issues for several years and outlived the mean life expectancy by almost 5 years. Due to increasing concerns, Zoo staff made the difficult decision to say goodbye, the zoo said in a statement.

"At 21 years old, Chadwick touched the hearts of countless individuals. We'll miss his regal presence, trademark roar, and of course, seeing him perched on his rock overlooking the ocean," the zoo said. 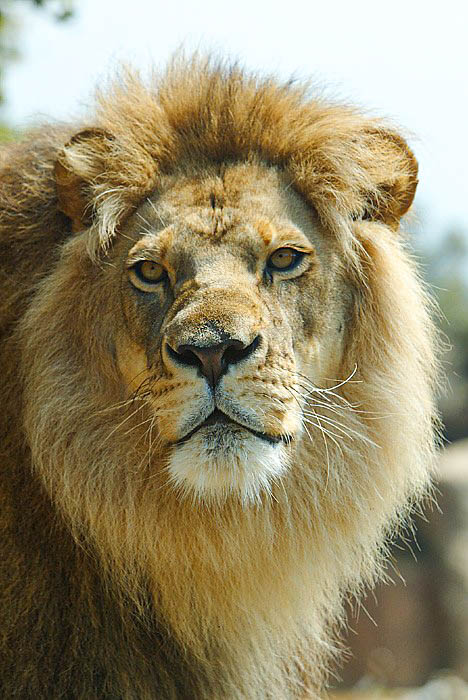 Please do not replace large cats in this tiny zoo. It is tragically sad to see such creatures in spaces smaller than hotel rooms these days.

"Seeing him perched on his rock overlooking the ocean in a cage" I hope he is laying on the beach next to the ocean now...

Blessings to the late Chad Dreier (whom Chadwick was named after) and the entire Dreier family for all they have done for our zoo. RIP dear Chadwick.

Poor King of beasts. I hope he’s finally at peace, now set free from his prison.

RIP Chadwick. You were a regal ambassador who showed future generations the importance of saving your kingdom.

When people coming out of the zoo were polled about what they had learned, answers were along the lines of "The gorilla was very hairy." Keeping animals locked up and destroying their happiness by removing them from natural lives is not doing them any favors. Incarceration of innocent animals certainly is not educating people on how to keep these animals from being poached or killed by trophy hunters. Zoos must be abolished.

Think of all the animal lives that were saved since this "king of the jungle" was not free-ranging his dinner every night. Thank you SB Zoo for giving him a far better and longer life and allowing so many others to live that would have been on his menu.

FACTOTUM. Lost all respect for you.

Some people believe in prison for others as long as it isn't them.

Lionesses do the majority of the hunting. Male lions are built for fighting and protecting their females, cubs and territory. It’s a sin and a crime to imprison these magnificent beasts. There is no excuse for such cruelty.

This is very sad, and it has been a rough year for the zoo in terms of their big cats. RIP Chadwick.

Very sad. Chadwick was sleeping almost every time we were there but now and then we got a real treat when he was active.

Ohhh, Chadwick. Was he the same lion who used to pee on people? I loved that. Ha ha! Poor Chadwick, what a handsome guy. I love lions so very much.

Many families and businesses