By the Santa Barbara Zoo

The Santa Barbara Zoo announces the retirement of its longtime Zoo Director, Nancy McToldridge, at the end of September. McToldridge has called the Santa Barbara Zoo home since 1982 when she began her four-decade career as the Director of Education. Her commitment, vision, and leadership helped shape the Zoo and set the course for it to become the #1 most-visited attraction in Santa Barbara and one of the most highly-respected institutions accredited by the Association of Zoos and Aquariums. The Zoo celebrates its shared history with McToldridge and the accomplishments made for wildlife conservation, people working to help endangered species and members of our local and global communities.

McToldridge began her career at the Ohio State Parks as an interpretive naturalist, where she discovered her passion for connecting people with nature. Following this passion led her to volunteer as a docent at the Columbus Zoo. Nancy moved to Santa Barbara in 1982 after accepting the Education Curator position.  She was promoted to Assistant Director in 1989, Chief Operating Officer in 1999, and Director in 2007. 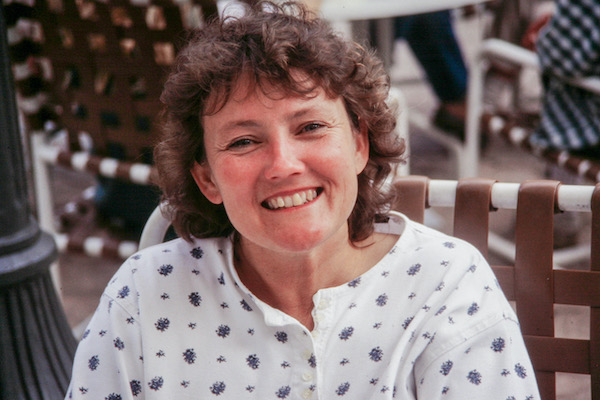 “There aren’t too many people who serve for 40 years at the same institution and still fewer who have the kind of impact of Nancy McToldridge.  It is impossible to overstate the significance of Nancy’s contributions to the Santa Barbara Zoo and our professional community.  While Nancy is a beloved local figure, she is equally beloved across the entire community of Association of Zoos & Aquariums accredited institutions.  She has served her profession and colleagues through outstanding leadership, passion, devotion, and joy, infecting all around her with energy and inspiration.  We were lucky to claim Nancy as our own!” shared Rich Block, Zoo President, and CEO.

In recognition of Nancy's 40 years of service, the Zoo has established the Nancy H. McToldridge Zoo Camp Scholarship Fund. Her commitment to education and connecting people with animals in a meaningful way continues on through this fund. To make an inaugural gift and help send a child to camp in honor of Nancy, please click here.

About the Santa Barbara Zoo
The Santa Barbara Zoo is open daily from 9 a.m. or for members and 9:30 a.m. or for general admission until 5 pm; general admission is $19.95 for adults, $14.95 for children 2-12, and free for children under 2. Parking is $11. The Santa Barbara Zoo is accredited by the Association of Zoos and Aquariums (AZA). AZA zoos are dedicated to providing excellent care for animals, a great visitor experience, and a better future for all living things. With its more than 200 accredited members, AZA is a leader in global wildlife conservation and is the public’s link to helping animals in their native habitats. Visit www.sbzoo.org.
Login to add Comments