The first-ever Sri Lankan Film Festival, outside of Sri Lanka, will take place in Santa Barbara next weekend with a variety of offerings for the local community, including free tea and community screenings!

The Ceylon International Film Festival (CEYIFF) will run from Friday, June 10 to Sunday, June 12 at the historic Lobero Theatre with 10 feature films and accompanying shorts selected by a jury of industry professionals from California and Sri Lanka, ranging from social drama to supernatural thriller. Apart from the free screenings, tickets for regular screenings are $12 and can be purchased at lobero.org with the full program guide available here.

This unlikely and serendipitous endeavor is the brainchild of Santa Barbara local, Aruni Boteju. The goals of CEYIFF are to expose U.S. audiences and industry to the small but vibrant Sri Lankan film community, support Sri Lankan filmmakers and foster cultural exchange between the two countries. It is the first film festival to feature Sri Lanka films outside of Sri Lanka and has already received international press attention.

“CEYIFF is a bit of a crazy idea but some great things come from crazy ideas. The films are a testament to the power of filmmaking and the talent and determination of Sri Lankan filmmakers, especially considering the turmoil the country has endured over the last few decades. Many mentors helped me succeed in America and I wanted to pay it forward. I think audiences will be intrigued, engrossed and entertained,” said Boteju. Ceylon was the name for Sri Lanka, an idyllic, tear-drop-shaped island off the Southern tip of India, until 1972. Why use the word “Ceylon” instead of “Sri Lanka” for the film festival? Boteju notes that the word perhaps harkens back to a time when the country was more united.

With Santa Barbara being Boteju's home for 26 years, the tight-knit film community, and a population that embraces new cultural experiences, Boteju felt it was the best place to kick off the festival with the goal of creating a bridge from one paradise in the Indian Ocean to another paradise on the Pacific Ocean.

CEYIFF starts on the morning of Friday, June 10 with the Opening Night program, starting at 7:00 pm, including a screening of Tsunami, a powerful drama set during the devastating 2004 tsunami, following a Tamil girl who is mistakenly adopted by a Sinhala family, and the court battle between the families when the mistake is discovered. The night will also include formal opening ceremonies featuring Santa Barbara luminaries, the Sri Lankan Consul General to the United States, and Los Angeles-based film industry representatives. Recent civil turmoil arising from long-standing political corruption has hampered planned travel by the Sri Lankan filmmakers to the festival. However, CEYIFF will bring their presence to the festival as best as possible through Zoom.

There are also free community film screenings with two on Friday, one on Saturday, and one on Sunday. Additionally, Ceylon tea will be brewed on Friday and Saturday nights, available to the general public free of charge in front of the Lobero, courtesy of the Consulate General of Sri Lanka, Los Angeles. 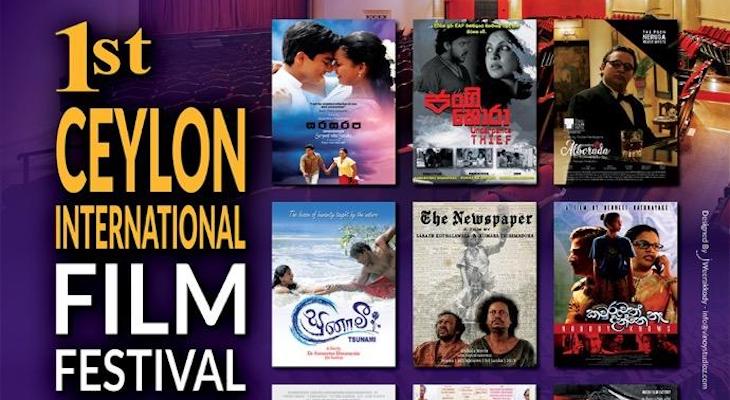 Awesome! Glad to see some diverse film festivals coming to our small town.

the guy is a total dikwad.

Did you even read the article

"The prevailing viewpoint in

You didn't see it reported

Fun fact on that topic Chip,