On January 7, 2021 at approximately 11:00 P.M., Officers from a Santa Barbara Police Department specialized unit, conducted a premise check at a local convenience store in the 400 Block of North Milpas.

During the check, Officers contacted Gabriel Alejandro Fonseca, age 27, and Felipe Alejandro Florez, also age 27. Both Santa Barbara residents where known to Officers and associated with a criminal street gang.

Fonseca was found to be on active parole.  Once Fonseca exited the store, Officers informed him of their intent to conduct a parole compliance check.  As Officers were moving in to conduct the search, Fonseca fled.  As Officers grabbed a hold of Fonseca, he immediately reached for his waist band.  Fonseca refused all commands to stop and his actions became more aggressive.  Because of this, Fonseca was taken to the ground. 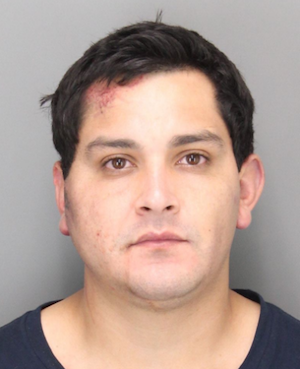 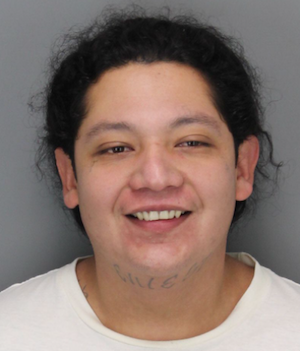 Flores, standing near Officers during the struggle at times appeared as if he was going to jump into the struggle to aid Fonseca.

Additional resources were requested and arrived on scene.  Upon the arrival of additional Officers, Fonseca was eventually taken into custody and Flores was detained.

During a subsequent search, after Fonseca was detained and in custody, one Officer located a loaded handgun in Fonseca’s waist band.

Additionally, Officers conducted a visual search of the vehicle associated with the two and observed a handgun wedged between the driver seat and center console.

Both weapons were loaded.

Fonseca and Flores were booked into the Santa Barbara County Jail on numerous felony charges stemming from weapons violations and violating parole. 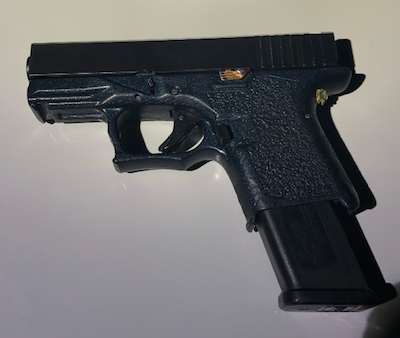 I guess the Judicial system and SB County Probation Dept FAILED... They are lucky no cops were KILLED.

These two idiots are lucky to be alive, and our society needs to be deprived of their company. Nice work LEOs and thank you SBPD.

They were illegally carrying firearms. This is inherently dangerous. What are you trying to say Shining?

Just want to point out that neither man actually was in the process of doing anything dangerous, simply happened to be in the store when the police came looking to do a "premise check" - maybe they were just trying to buy some chips or dang soda.

I assume many LE officers, let alone Probation officers, know many probationers on sight. Probation includes the right to search without a warrant.
So LE was doing their job.
GREAT JOB NOT SHOOTING THESE GUYS!!
I am not going to look up probation vs parole and the terms of each right now. I may be wrong in the details, but the gist of my statement is correct.

"Just want to point out that neither man actually was in the process of doing anything dangerous, simply happened to be in the store" ... These kooks are gang members, carrying LOADED pistols. Do you think it's necessary to be carrying a concealed, loaded firearm to "simply" go and buy some chips and dang soda? What an absurd comment. Gang members, even the wannabe small time kiddos we have here in town like the ones pictured above, shouldn't have freedom. Absolutely nothing good can come from these two clowns walking around with guns.

@Sandy1 - Great question..... That would be interesting if they did match any of the other crimes in the City...
Glad the Police were able to take them down... without any injuries.... Good job

This is a great example of wonderful police conduct. Thanks for not shooting someone, SBPD. Your taking this risk is absolutely appreciated.

Career criminals need to be stopped asap and recognized for what they are. They not only may kill or maim people, they subvert youngsters into a disfunctional lifestyle before they are old enough to have the discernment to know the guys with guns and cars are losers not cool dudes to be emulated.

Cars? How are cars part of the problem?

Thank you for the FINE work SBPD!

Round 'em up! Head 'em OUT!!! Keep our streets clean again!

I Wonder if Ballistics will match up to any of our recent dearly departed ?

It says they are Santa Barbara residents so assuming a local group, we have two main gangs on the west side and Eastside. Each have sub-cliques for a total of 7 or 8 known gang groups. Their activity is picking up I’ve noticed.

Wow, that's gnarly - couple of real clowns right there. Well, once again the SBPD handled a real dangerous situation. Anyone wanna do a take down with these type of clowns handling loaded guns knowing you might not go home to your family ever again? I don't, and I bet none of the anti-police crowd in this country would actually want to either.

Of course I wouldn't want to! I am grateful to these officers; they were fantastic. No one got hurt! I'm not anti-police. I'm anti-racist policing and anti-police unions protecting egregious, uncivil and illegal behavior by LE.

That must be at the 7/11, open 24-hours; scary for the employees! Great work, SBPD! Wonder what the "criminal street gang" is, a local group or one associated with LA?

Margaritas on the Beach!!!

two days ago noticed a dandy

Cycling is not allowed on the

CSF, Love your posts. On a

Dog of the Week: Lola

Influenza is absolutely not a