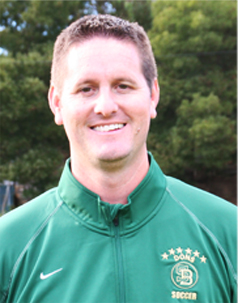 Todd Heil has been coaching at Santa Barbara High School for 23 years. He demands each player represent the values instilled in the program including being respectful, honest, trustworthy and accountable for one’s actions not only on the field of play but in the classroom as well. He prides himself in making sure his players and program are recognized for their integrity and high moral standards. His character as a coach puts him in a class of coaches that are role models for young coaches who are entering the high school ranks of coaching.

The CIF Model Coach Award program is designed to recognize coaches who have served as positive role models in their schools and communities, and who have exhibited the traits apparent in the 16 principles of Pursuing Victory with Honorsm. A model coach demonstrates and teaches the six core ethical values: trustworthiness, respect, responsibility, fairness, caring, and good citizenship (the “Six Pillars of Character”). The CIF believes that the highest potential of sports is achieved when teachers/coaches consciously Teach, Enforce, Advocate and Model (T.E.A.M.) these values and are committed to the ideal of Pursuing Victory with Honorsm.

23 years! Congrats on the award!