Santa Barbara, California today became the 30th city in the country to commit to the transition of 100 percent clean and renewable energy.

The Santa Barbara City Council approved a measure that establishes a community-wide goal of transitioning to 100 percent renewable energy by 2030. The resolution also commits the city to transition all municipal buildings and operations to 50 percent clean energy by 2020. Santa Barbara represents the first city on California’s Central Coast to make this commitment.

"President Trump may be withdrawing the U.S. from the Paris Climate Accord, but cities are stepping up and re-committing to adopt, honor and uphold the Paris climate goals. I'm proud that Santa Barbara just adopted a 100% renewable energy goal and is joining other cities across the nation leading the way on clean energy at the local level,” said Mayor Helene Schneider. 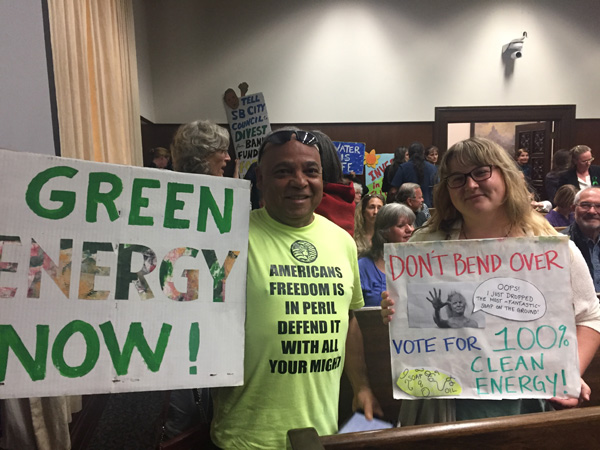 In April, Santa Barbara Mayor Helene Schneider became one of the first mayors in the United States to join the new Mayors for 100% Clean Energy initiative and endorse a vision of powering her community with 100 percent renewable energy. The passage of today’s measure reinforces how mayoral leadership in cities across the United States is accelerating the transition away from fossil fuels to 100 percent clean energy. Mayor Schneider is joined in Mayors for 100% Clean Energy by Central Coast mayors Fred Shaw of Carpinteria, John F. Johnston of Ojai, and Heidi Harmon of San Luis Obispo.

Coming on the heels of Donald Trump’s decision to withdraw from the Paris climate agreement, Santa Barbara’s commitment to 100 percent clean, renewable energy showcases how cities can lead the transition away from fossil fuels. On Thursday, just hours after Trump’s decision to pull the United States from the Paris agreement, the Portland, Oregon and Multnomah County councils committed to transition all of Portland and Multnomah County to 100 percent clean, renewable energy by 2050. 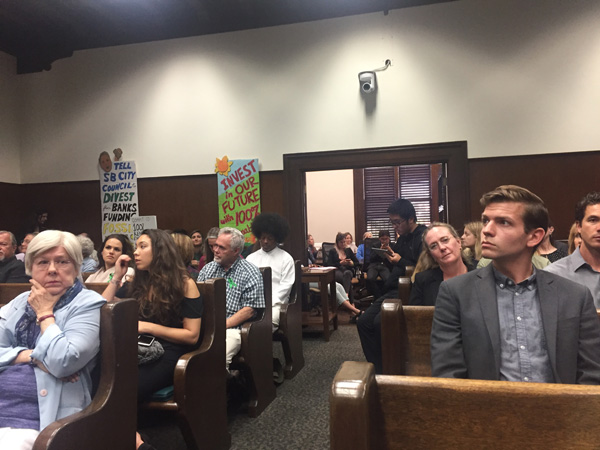 "We salute Santa Barbara for their leadership on 100 percent clean energy,” said Katie Davis, Chair of the Sierra Club’s Santa Barbara Group. “To meet our international climate goals, we must transition away from fossil fuels to renewable sources of energy. Moving to 100 percent renewable energy isn’t just the right thing to do for our climate, it’s the smart thing to do for our local economy. Renewable energy costs have decreased dramatically and are now cost competitive with fossil fuels, and Santa Barbara County already has eight times more jobs in clean energy and energy efficiency than in the oil industry. The transition to 100 percent clean energy represents a better and more prosperous path forward for our community.”

“Today marked a significant victory – one that was over a decade in the making. I take incredible inspiration from the thousands of individuals and business leaders who stepped up to support – to demand – a rapid shift to cleaner, healthier renewable energy.  We’re proud of our City Council for emphasizing California’s commitment and leadership,” said Sigrid Wright, Executive Director, Community Environmental Council.

Toggle Comments (Show)
Santa Barbara Commits To 100% Clean Energy by 2030
Great start given our idiot POTUS. Now is the time for communities, cities, and states to rise above and use their power to join the other forward thinking countries in the Paris Agreement.
Santa Barbara Commits To 100% Clean Energy by 2030
Great first step, and amazing goal for our community. I wish that it extended outside of the city and encompassed more of the Central Coast. I hope that it works out. Some things to consider are the federal government pushing to reopen (and expand) offshore oil drilling, and what we can do about that, and the need to shut down El Diablo nuclear power facility. Although there are more incentives for folks to install solar panels on their homes, it would be even greater incentive if our (local) power company were willing to buy power back from those who generate more than they use. Even with all electric appliances and living in a foggy part of town, a single small house with few occupants can generate more than enough energy for their needs. Since the grid is set up, and the 'extra' power goes to the grid, and it's a measurable commodity, a reimbursement at the same (or lesser) rate that the company charges consumers for energy would rapidly increase the number of homes in the area that use solar panels. Right now it's not economically feasible yet for most to accomplish this.
Santa Barbara Commits To 100% Clean Energy by 2030
idiots please turn in your car keys before the next meeting
Please Login or Register to comment on this.

I've lived in this eastside

Flicks- Tell that to all

Last time I was there, a

That actually should be a

LCP - right? I was saying

Its DUCE. Dos would be two