Sandra “Sandy” Kaye Garcia, 72, of Santa Barbara, CA, passed away on Nov. 27, 2017 at Serenity House after a year-long battle with cancer.

Born September 7, 1945 in New Orleans to Katherine and Joseph Garcia, Sandy moved to Mexico City with her family at age 6 where she resided for 30 years.  A graduate of the American School Foundation, she worked as a model and actress before attending Cal State Sacramento, receiving a degree in Spanish Literature. 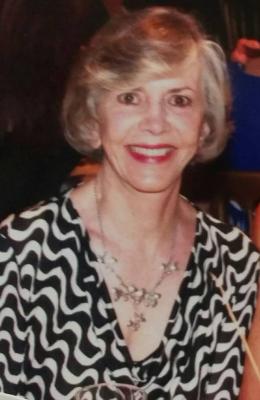 Sandy married Juan G. DeKruyff, Sr. in 1991, and though the marriage later ended, their friendship never ceased.  Sandy lived in Puerto Vallarta and Lake Tahoe before settling in Santa Barbara in 2005.

Fluent in all nuances of the Spanish language, she served with distinction as a Certified Interpreter for the Courts, including her favorite Santa Barbara County Courthouse, where a tree will be planted in her honor. For several years she also taught classes for the Lake Tahoe Community College Intensive Spanish Institute, including an annual Spanish slang class featuring curse words!

Sandy led an active, passionate life.  Even while battling cancer her friends had difficulty keeping up with her.  She lived downtown and walked whenever possible.  She loved film and was an active member of Cinema Society as well as the more underground group Film Addicts, film lovers who shared reviews of films at the Santa Barbara International Film Festival.  Sandy often went to five or six movies a day during the 10-day festival.  She held season tickets to the Lobero, the Pantages, Arts and Lectures, and was a member of the SB Blues Society.  A progressive, Sandy was quite active politically, and supported the Santa Barbara Environmental Defense Center and Planned Parenthood.

A lifelong learner, Sandy loved to travel. She recently participated in two multi-country study abroad voyages with Semester at Sea.  She was a member of various book clubs, and although ill, she flew to Tennessee in August to view the total solar eclipse with friends.

Sandy is survived by her mother Katherine Garcia, her sister Patricia Garcia, niece Catherine Mattesich Taylor and nephew Rylan Mattesich, all of Sacramento; sister Lori Garcia in the Seattle area; and her stepchildren Ann M. DeKruyff, of Natick, MA., Juan G. DeKruyff, Jr. of Austin, TX., and Susan E. (DeKruyff) Covarrubia of San Antonio, TX.  She also leaves a trail of friends too numerous to mention, who are spread across the globe.

A memorial service will take place at 2:00 on Saturday, January 27th at Chase Palm Park Center.  In lieu of flowers, the family and friends request that donations be made to Court Appointed Special Advocates at SBCasa.Org in memory of Sandy Garcia

So sad to hear. Goodbye Sandy, dear one.

You are SO FULL OF IT! OH MY

You are completely right!

Das, Steve & Supes to SB Grand Jury on Pot & Ethics Reform: No Way, No How, Not Now, Not Ever

Well, I guess using that

Soon to be both sick and

The thin veneer of