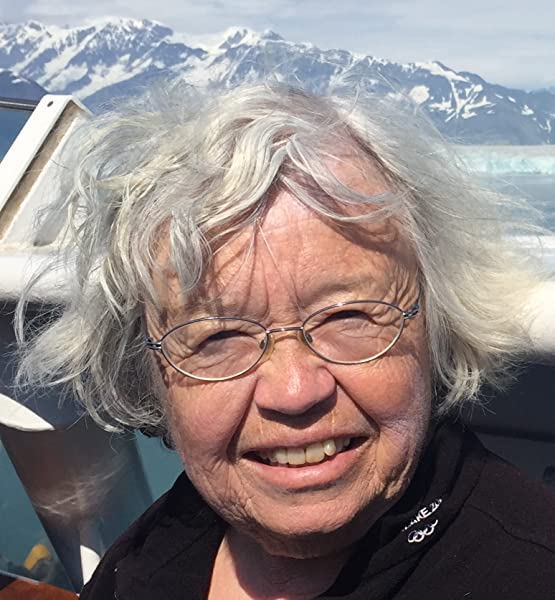 My best friend Sabina died unexpectedly while visiting Washington State in July 2021. Her son texted me about her accident; later that day, I received a postcard she had written from Mount Rainer.  It was as though she was telling me it was okay. Her last breath was in a most beautiful place. In her 80s she was still brilliant, strong, capable, and climbing mountains, literally and figuratively. Sabina was accomplished, never boastful. Humble. I am sure she climbed more mountains than I know.  She loved nature and the outdoors. She backpacked the John Muir trail and enjoyed visiting National Parks to hike and camp.

In the 1960s she earned a PhD in Electrical Engineering and was one of the first woman engineers working in aerospace. And she was accomplished, too: a photo in her house showed her and her team with President Kennedy. Her career included developing software, teaching computer science, publishing research papers, and running software companies. She authored a programming language book, ‘Ada: An Introduction.’

Her home base since 1974 was Santa Barbara, but whenever she got a chance, she traveled throughout the US and Europe, Asia, the Middle East.  She knew English, French, Arabic, Japanese, and was learning Russian. As members of the UCSB Middle Eastern Ensemble, she and her husband Ihsan sang, and she played the ‘Ud. She translated, cooked, photographed, and published ‘An Iraqi Cookbook, 1001 Recipes from the Land of 1001 Nights.’

She took citizenship and women’s rights seriously, was in Women’s Marches in LA and Santa Barbara, wrote letters for the Sierra Club, and made phone calls to get the Vote Out and recruited me and others to join her. She volunteered at the 2002 Salt Lake City Winter Olympics.

As a wife, mother of two sons, grandmother of nine, sister, and friend, Sabina easily expressed love and encouragement.  She brought her granddaughters Sara and Hannah from Japan to live with her to attend Dos Pueblos High School and apply to universities in the US.  Both were accepted to UC Berkeley; the younger one graduated high school just weeks before Sabina passed.  At her funeral, these remarkable granddaughters consoled me, “Grandmother would want us to be strong.”

I met Sabina in 1984 when interviewing for a job at General Research Corp. in Goleta. We immediately clicked when we discovered we were both Reseda High School alumni who had made good.  Sabina was there when I met my future husband, was my matron of honor at my wedding, and came with us on our honeymoon. Sabina and I frolicked in each other’s company. Maybe it was sitting in the front row of the Music Academy of the West Concerto Night, where we could almost feel the perspiration come off the musicians. Or watching Pedro Almodóvar’s ‘Women on the Verge of a Nervous Breakdown,’ our favorite movie. At its 30-year anniversary showing at the Riviera Theater we laughed just as much as our first time.  Or in New York City watching the Broadway show ‘Gypsy’ starring Tyne Daly, when we tried to sneak up to some empty seats and got caught. Or while waiting in line for the Dancing with the Stars show in Hollywood, when Sabina charmed the High School Musical star, Corbin Bleu. In the 2018 Santa Barbara Summer Solstice Parade – Hero, we made the local news when 13 of us, including Sabina and her two granddaughters, dressed as RBG (Ruth Bader Ginsburg) look-a-likes. We traveled together to the Las Vegas Star Trek Convention in 2014 and 2019 to enter the costume contest and made it in the top 30 cosplayers - Sabina as a Vulcan Kolinahr Master.

Sabina had a zest for life which was infectious. She is dearly missed by me and everybody who knew her.

Pilar, sorry to hear about Sabina's passing. She was a fellow General Research Corp native like you and me. Your good article illustrates a woman who knew she could do anything she wanted to. That's the way it's supposed to be for us. :-)

Thank you for sharing the story of a wonderful woman with us! My sympathies.