Reports of thefts from farms and ranches in the Santa Maria Valley have declined following a comprehensive investigation by the Sheriff’s Rural Crimes Unit that led to the identification of six suspects believed responsible for a number of rural crimes. 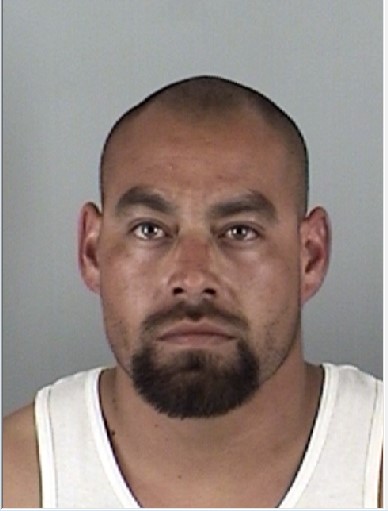 In April of 2017, the Sheriff’s Rural Crimes Unit investigated a burglary at a farm in the 4400 block of Brown Road where almost $17,000 worth of agricultural chemicals were stolen. The crime was one of several recent burglaries at a number of Santa Maria Valley farms and ranches. 32-year-old Eleazar Sanchez-Cruz of Santa Maria was identified as a suspect in these burglaries. He was subsequently located trespassing on another ranch and detained. Based on evidence located at the crime scene, Sanchez-Cruz was arrested for burglary and conspiracy.

The arrest led to the identification of two additional suspects. 23-year-old Marcos Cerda Adame and 20-year-old Guadalupe Garcia Mendez, both o f Santa Maria, were located and arrested on warrants. They too were booked at the Santa Barbara County Jail on charges of burglary and conspiracy. Detectives suspect there are additional suspects who were involved but who have not yet been identified. 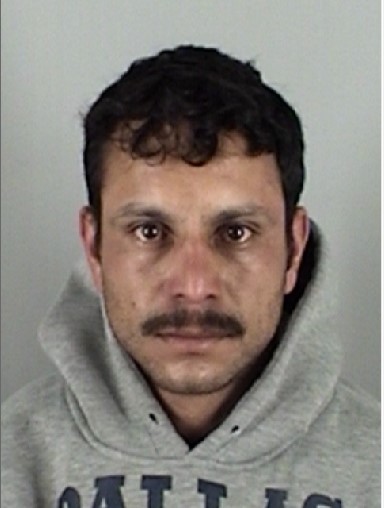 The investigation revealed that the stolen agricultural chemicals were at local storage facility however the items were moved by the suspects prior to law enforcements arrival. Detectives were able to recover several hundred dollars of possible stolen construction related equipment. One item was identified as being reported stolen to the Santa Maria Police Department and was returned to its owner.

In May of 2017, the Sheriff’s Rural Crimes Detective, along with Rural Crime Deputies from the San Luis Obispo County Sheriff’s Office, investigated the theft of a $25,000 equipment trailer belonging to a farm off of Bonita School Road which is located along the border of Santa Barbara and San Luis Obispo Counties. The trailer was recovered on an adjacent farm. The detectives discovered the suspects had caused more than $1,100 in damage to the trailer when they broke in and had stolen almost $1.400 in equipment from inside.

Approximately one week later, while investigating a felony vandalism case at a farm near the intersection of Brown Road and Hwy 1, our Rural Crimes Unit Detective discovered evidence that tied the case to the stolen equipment trailer theft. Fortunately, a witness was able to give a detailed description of the suspect and his vehicle. 32-year-old Jairo Escobedo of Santa Maria was arrested and booked at the jail on charges of burglary, felony vandalism, grand theft and trespassing.

Also in April, a $7,000 Polaris Ranger 4 wheel ATV was stolen from a farm on W. Betteravia Road. A few weeks later the victim spotted the Ranger parked in a side yard of a residence in the City of Santa Maria. The Ranger was ultimately recovered and during the investig ation, a stolen $1,400 injection pump was also recovered at the residence. This pump had been recently stolen from another farm in Santa Maria. The company, who did not realize the item was stolen, was contacted and the pump was returned. Two 19-year-old males, were identified as the suspects. The case was forwarded to the Santa Barbara County District Attorney’s Office with the recommended charges of grand theft, motor vehicle theft and conspiracy.

The Sheriff’s Office wants to take this opportunity to remind residents to take the time to put a name, phone number or other identifying marks on their property to make it easier for law enforcement to return valuable equipment in the event it is stolen. Fortunately, most of the stolen property in these recent burglaries was returned to its owners because of identifying information. The Sheriff’s Office is requesting assistance to locate the owners of a stolen portable welder and a stolen pressure washer.

If anyone has information relating to these stolen items, these cases, or other agricultural related criminal activity, please do not hesitate to contact Det. McCarthy at 805-934-6512 \ 805-934-6150. To leave an anonymous tip, call 805-681-4171 or send a tip by using the following hyperlink: http://www.sbsheriff.org/anonymoustips.html.

The guy in my neighborhood