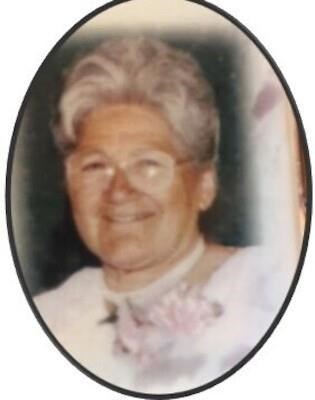 Reverend Anita Soto, 92, of Santa Barbara, California, passed away on December 20th, 2020, in Ventura, California. She was born on June 17, 1928, in San Patricio, Texas, to Juan Rodriguez Olivo and Catarina Pena Olivo. In1965, Anita and her family moved to California, first settling in Santa Paula and eventually moving to Santa Barbara in 1979.

It was in Santa Barbara that Anita Soto fully lived out her passion to "win souls for the Lord" by devoting her life to ministry. Ordained and credentialed in 1983, Pastor Anita Soto served with the Southern Pacific District of the Assemblies of God denomination for over forty years. She pastored Templo Calvario church in Santa Barbara, serving and caring for the Hispanic immigrant community. She also served as Presbyter for her district, and with her church, supported missionaries in various Latin American countries.

She will be remembered for her love of God, devotion to her congregation, and her love and prayers for her extensive family. A faithful woman of prayer even in her final days. The legacy she leaves behind will live through the people whose lives she touched. Through her extensive commitment, she has blessed her family with a Godly heritage.

A viewing will be held at the BOYKO & REARDON TELEGRAPH ROAD MORTUARY & CREMATION, 15 Teloma Drive Ventura CA. 93003, on Wednesday December 23, 2020. Please contact the funeral home if you would like to attend. The funeral service will be privately . A public celebration of life to follow later in 2021. Arrangements are under the direction of JOSEPH P. REARDON FUNERAL HOME & CREMATION SERVICE, 757 E. Main Street, Ventura.

FOND - I never said any of

Maybe we can leave the 19th

Police are with the subject

Punched victim in the face