Sizewise, our Sun seems pretty big, with a radius of just over 432,000 miles, and a volume that would hold about a million Earths. But depending on the mass of a star and its stage of life, you can get some very large stars. Stars have a tendency to swell up as they age, and massive stars live fast and die young, so the really big stars out there tend to be much more massive than the Sun, and near the end of their lives, although not necessarily very old. Really massive stars may live for only 10 million years before blowing up as supernovae, whereas our Sun will last about 10 billion years on the main sequence before swelling up into a red giant, and eventually shrinking to become a white dwarf.

Stars like Aldebaran are called Red Giants. Still bigger stars like Betelgeuse are Red Supergiants, with a billion times the volume of the Sun. Larger stars tend to be redder, because their surface temperatures are lower. The biggest supergiant stars are known as Hypergiants.

Here, listed in increasing order of radius, are the four biggest hypergiant stars currently known that are within the reach of a backyard telescope. The images were taken in late October from Lake Cachuma and Noleta with a Nikon D5100 DSLR using a 130mm f/6.3 refractor telescope as the lens, and exposure times of 30 seconds at ISO 6400. Throughout this article, I will use the abbreviation Rs for Radius of the Sun. 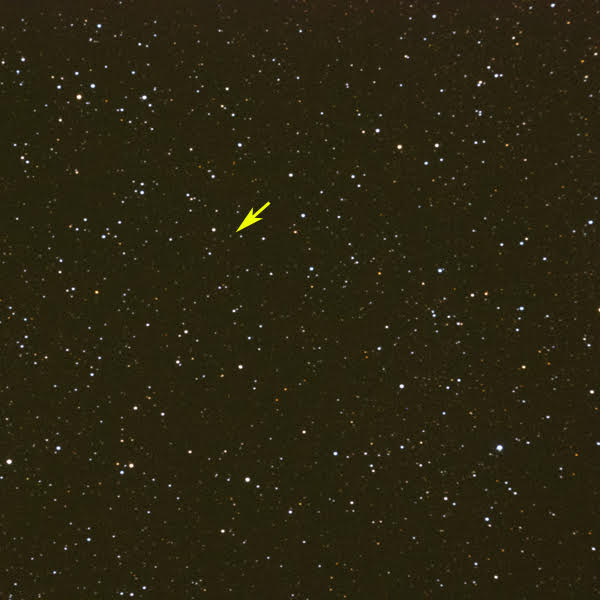 This is NML Cygni, in the constellation Cygnus, the Swan. This is a very massive star; at an estimated 50 solar masses, it is about as massive as we think stars can currently get without tearing themselves apart immediately. Stars like this do weird things like blowing off their outer atmospheres at a high rate, and pulsating wildly. Therefore, the values we derive for radius are most uncertain for this star, ranging from 1183 times Rs to 2770 Rs. At the latter value, it would have been the biggest star on the list, but the more recent measurements have favored the smaller value, still a whopping volume of 1.6 billion Suns.

NML Cygni is the apparently dimmest and most massive star on the list, and the second closest at a distance of about 5300 light years. You would need a large telescope or a camera on a smaller scope to be able to see it. Intrinsically, it is about 272000 times as luminous as the Sun. If you placed NML Cygni at the center of our solar system, it would reach out just past the planet Jupiter. 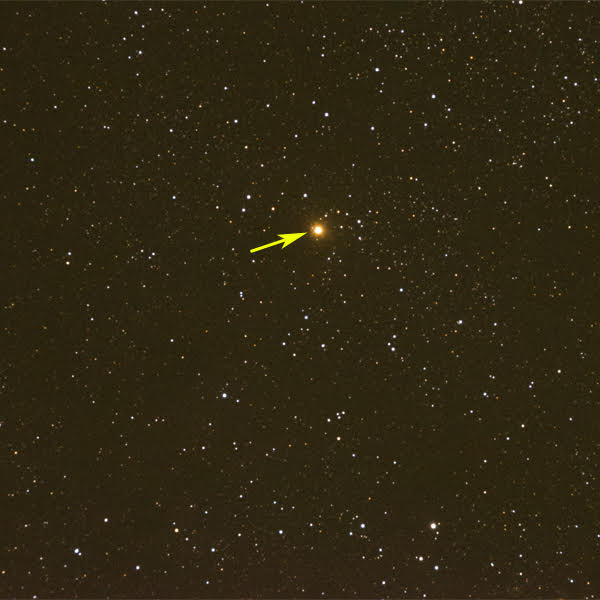 This is Mu Cephei, in the constellation Cepheus, the King. It is probably the second most massive star on the list, at an estimated 19 solar masses. Its radius estimates range from 650 to 1420 times Rs, with a most probable value of 1260 Rs, giving a volume of about 2 billion Suns.

Mu Cephei appears about 10000 times brighter than NML Cygni, and is visible to the unaided eye, and is the third closest at a distance of about 6000 light years. Intrinsically, it is about 283000 times as luminous as the Sun. It is also known as Herschel’s Garnet Star because of its deep red color. Placed at the center of our solar system, it would reach out well past Jupiter’s orbit. 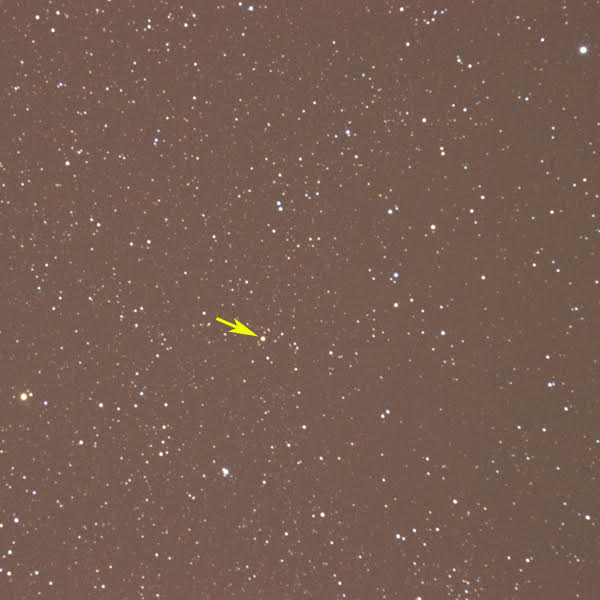 This is VY Canis Majoris, in the constellation Canis Major, the Big Dog. This is the third most massive star on the list, weighing in at 17 (+/- 8) solar masses. Its radius is around 1420 Rs, for a volume of 2.8 billion Suns.

VY Canis Majoris has an apparent brightness about 250 times that of NML Cygni, and you could see it in binoculars right now in our early morning sky. Intrinsically, it is about 270000 times as luminous as the Sun. It is the third closest of the big stars, at an estimated distance of 3800 light years. From the center of our solar system, it would reach about 149 million miles past the orbit of Jupiter. 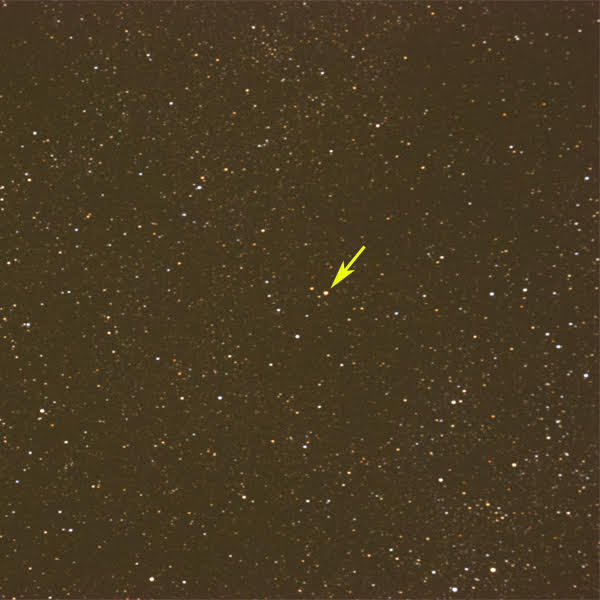 Last and biggest on our list is UY Scuti, in the constellation Scutum, the Shield. It is the least massive, at an estimated 7 to 10 solar masses. The estimated radius is 1708 (+/- 192) Rs, for a volume of about 5 billion Suns.

UY Scuti is the third brightest on the list, at an apparent brightness of 100 times that of NML Cygni. Intrinsically, it is the brightest, at about 340000 times as luminous as the Sun. It is also the most distant, at 9500 light years. You need a telescope to spot UY Scuti, and it sets early at this time of year. Plopped where the Sun is, it would reach out almost to the orbit of Saturn.

Given that their volumes are billions of Suns, but their masses are on the order of tens of Suns, the outer atmospheres of hypergiant stars are really diaphanous, which is why determining their radii is so uncertain. Nevertheless, they are still great big orange blobs of hot gas.

Time to get out our food

Too bad those of us who know

Lorax - the ICU numbers have

CSF - I was taking the number

Exactly and thank you.