Protesters gathered today to send a message to Interior Secretary Ryan Zinke: don’t privatize public lands.  Tasked with a review of public monuments by President Trump, Zinke is expected to announce recommendations next week that will allow commercial interests to begin mining, drilling, and fracking on public lands. The recommendations may also include the removal of public monument status from some lands so they could be privatized.

Protesters invoked one of Zinke’s heroes, President Teddy Roosevelt, who signed the Antiquities Act and used it to create 18 national monuments, 51 bird sanctuaries, and 100 million acres of national forests. One sign read: “What would Teddy do?”

Locally, Carrizo Plain is one of multiple California monuments under review, but protesters say that all monuments are important and should be preserved.

“The government should not be able to just take the people’s lands away from us,” said Cecily Marble, a Santa Barbara resident and activist.  “These lands should be preserved for the enjoyment of future generations - not stripped of their resources and beauty by private interests.  Zinke needs to protect Teddy’s legacy and do the right thing.” 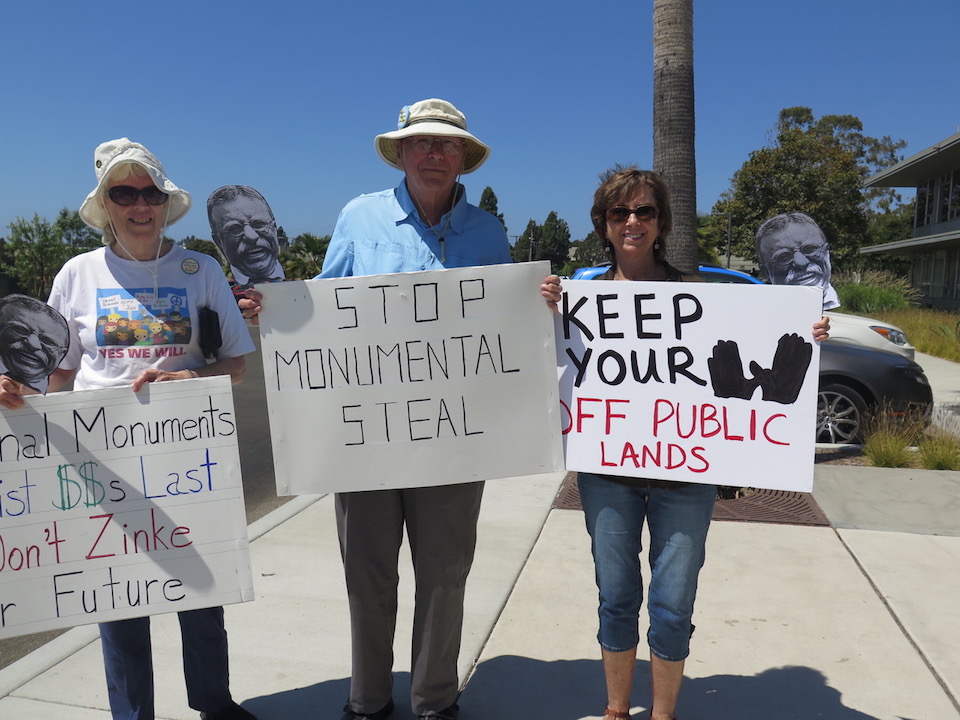 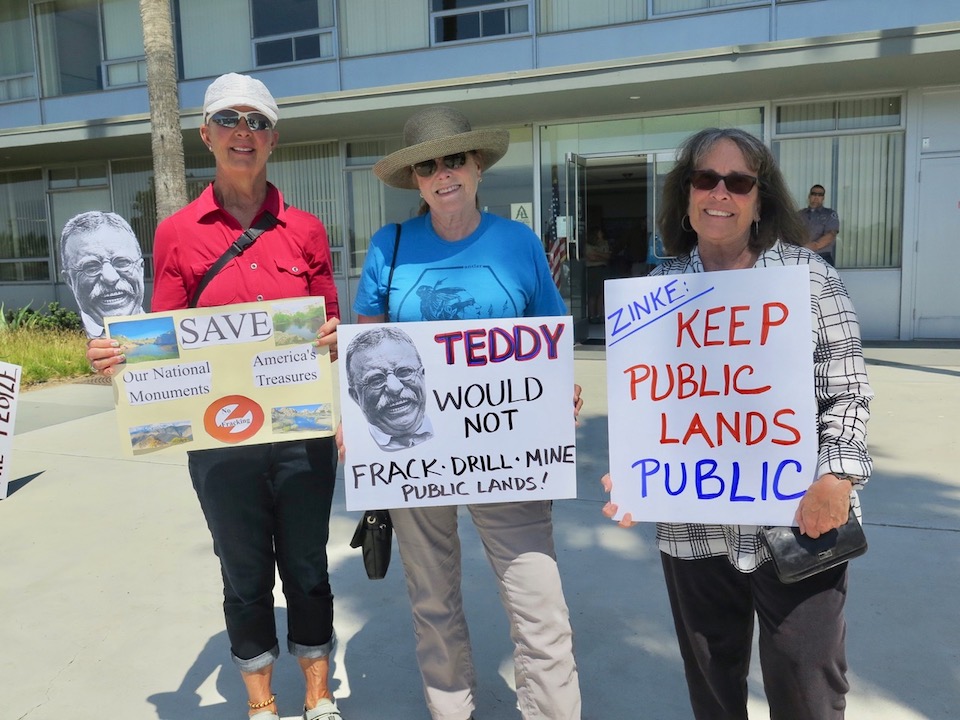 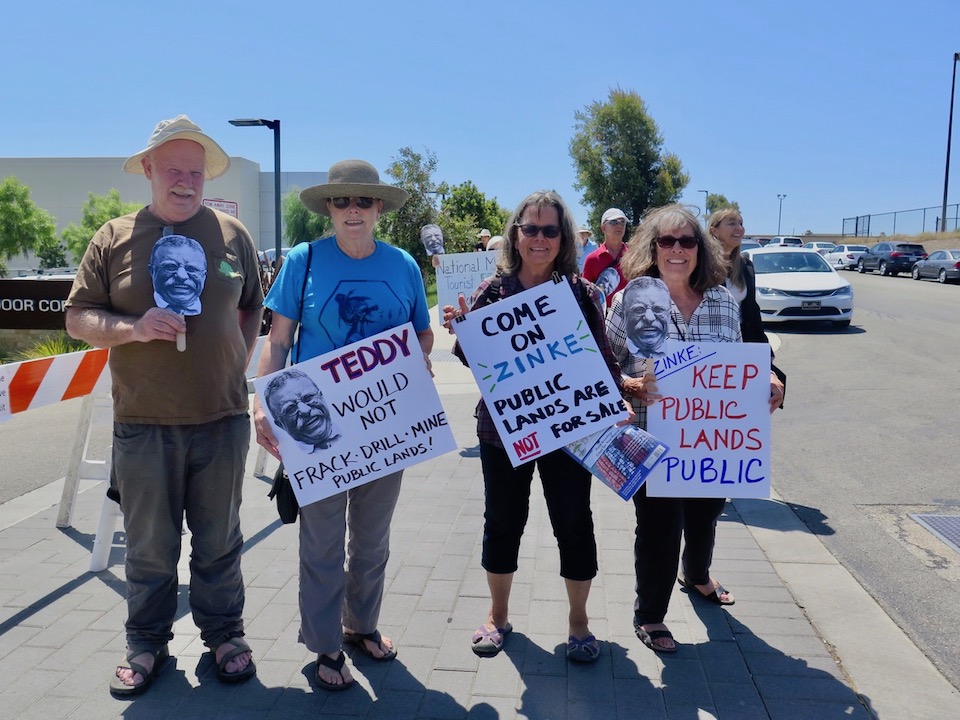 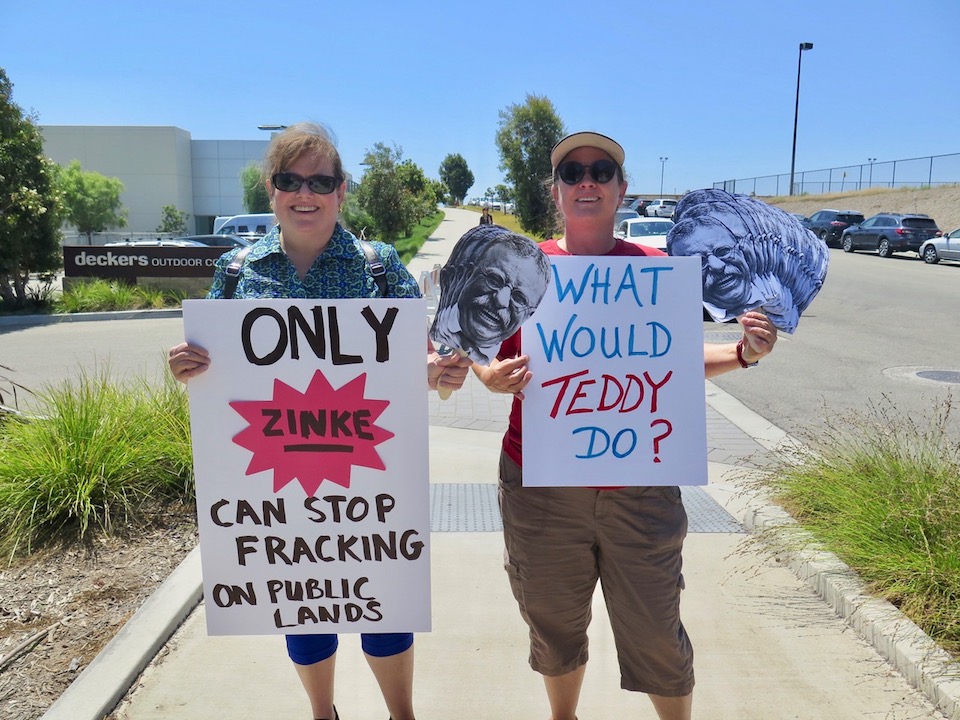 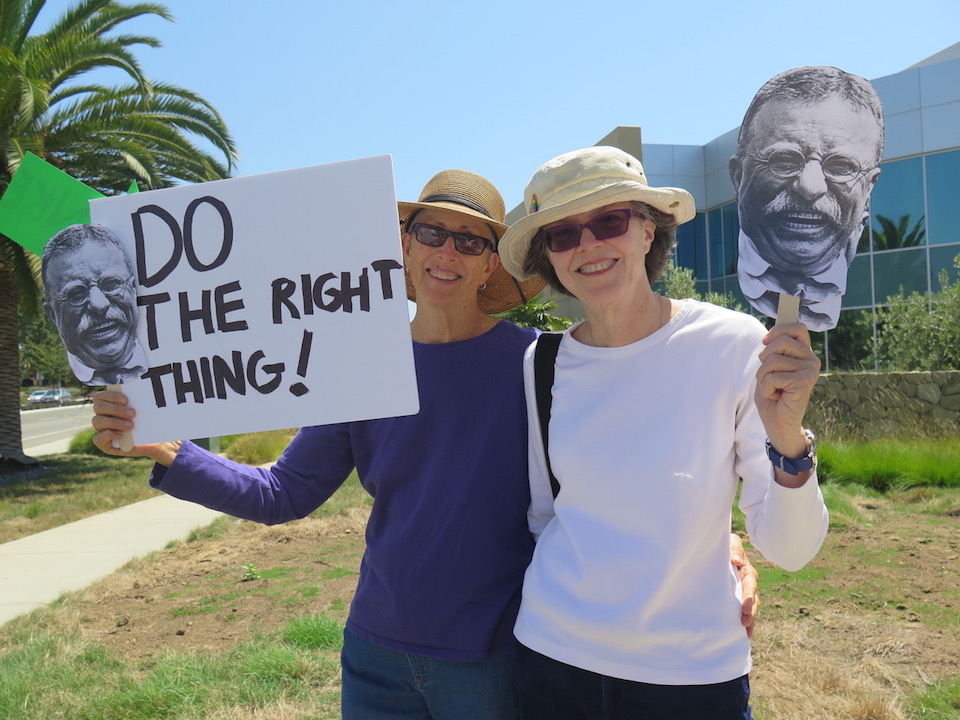 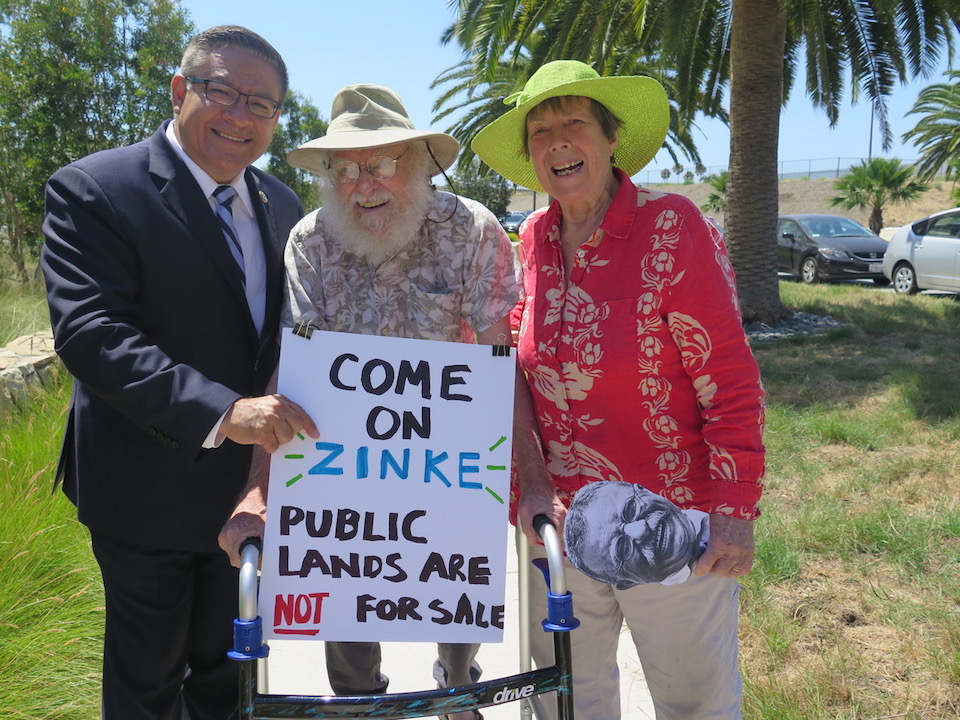 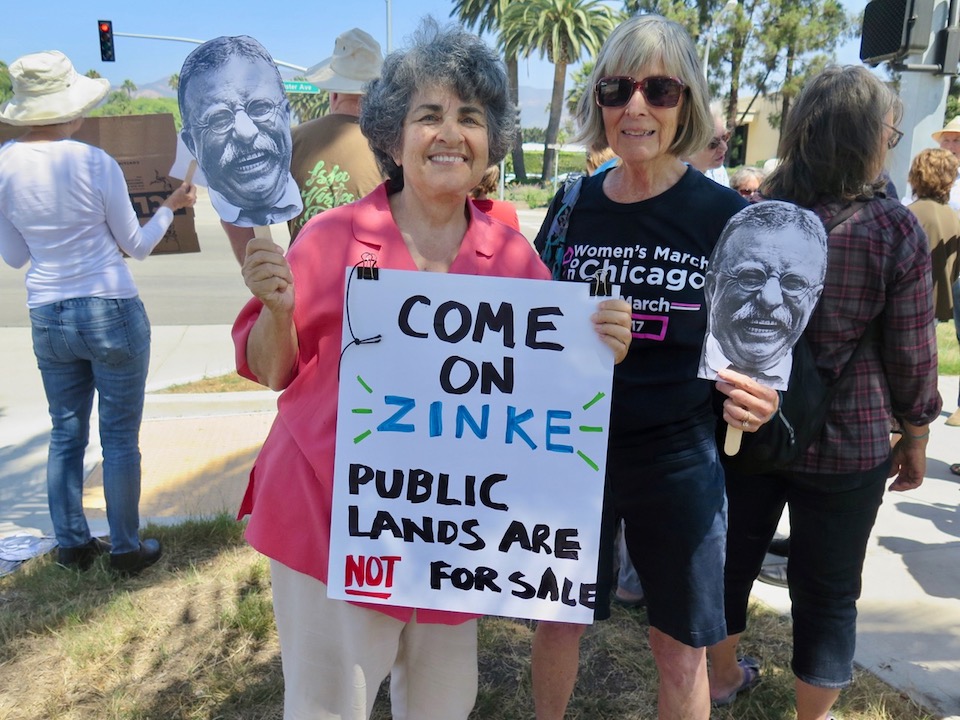 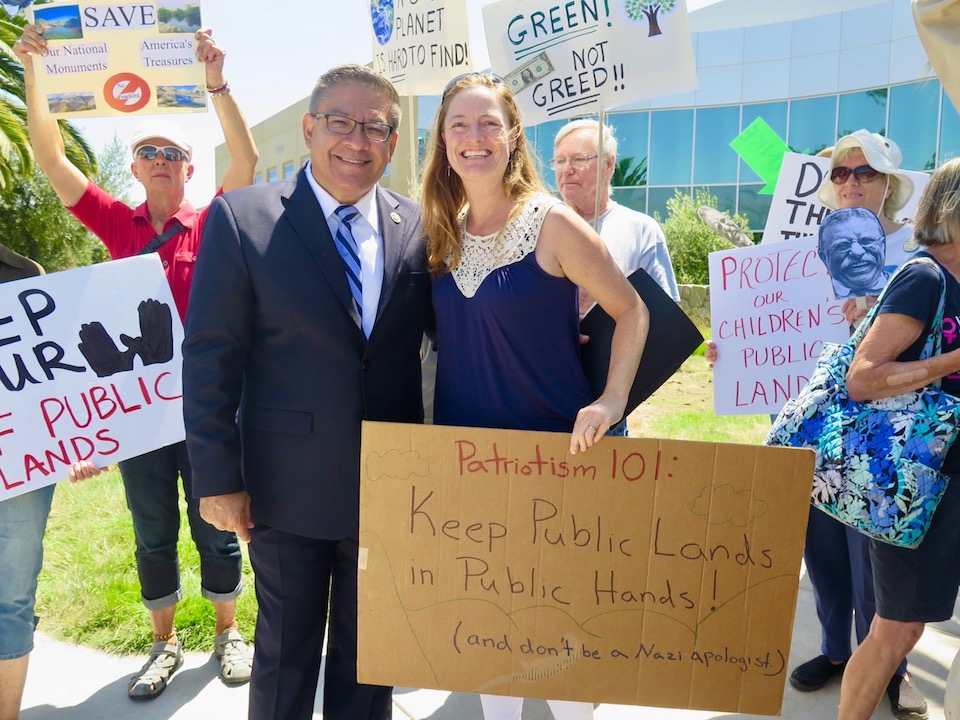 (All photos are courtesy of Marian Shapiro)

All citizens should be entitled to 40 acers and a Case 580 Back hoe.

Oh, man: Joking about this! Ask your kids in 30 years how smart that response really was.

The worst part about your

And to bring it full circle,

And to bring it full circle,

Was this a business or

Hahaha. Good one. It's

Why is it acceptable that