While everyone is enjoying their much needed day off work, catch up on some interesting President's Day facts.

President's Day is a United States federal holiday celebrated this year on Monday, February 15. It honors George Washington, the first President of the United States, who was born on February 22, 1732 in Virginia.

The holiday was established by Congress in 1885 and started as a celebration of Washington’s birthday in Washington, D.C., but was later expanded to the rest of the country. 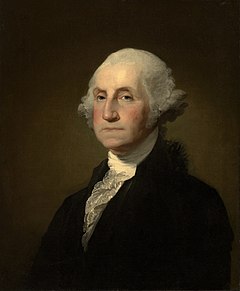 Why are so many federal holidays on a Monday?

Because people enjoy long weekends instead of a random Wednesday off. President's Day was celebrated on February 22 until 1971 when the Uniform Monday Holiday Act went into effect. Along with Washington’s birthday, the new law also established Monday holidays for Memorial Day, Labor Day, Indigenous Peoples Day (formerly known as Columbus Day), and Veterans Day.

When did President Abraham Lincoln join the holiday?

He didn't, well not officially. When Washington’s birthday shifted to Presidents Day, people started to think the new date meant to celebrate both Washington and Abraham Lincoln, whose birthday also fell in February. Keeping in stride, advertisers began using the three-day weekend as an opportunity to push shopping sales and bargains, according to History.com. Now nearly half of U.S. states recognize the day as Abe and Georgie's birthdays.

Who closes their business?

Back in the day, nearly everyone closed for the holiday. Since marketers and advertisers started to promote President's Day sales, that changed the course for some businesses. Federal and state government services close (U.S. Postal Service, state Departments of Motor Vehicles, federal and state courts). Class schedules at universities and colleges vary depending on the school. Public elementary and secondary schools are generally closed, but some school districts, such as New York City, may close for an entire week as a "mid-winter recess."

Who celebrates this day the best?

That would have to be Washington's birthplace of Alexandria, Virginia. They host a month-long tribute, including what is claimed to be the nation's longest-running and largest George Washington Birthday parade. Another town, Eustis, Florida, continues its annual "GeorgeFest" celebration that begun in 1902. At the George Washington Birthplace National Monument in Westmoreland County, Virginia, visitors are treated to birthday celebrations on the holiday, while at Mount Vernon, they last throughout the holiday weekend and through February 22. (wikipedia)

According to wikipedia, some people celebrate the day by eating cherry pie based on the legendary chopping down of a cherry tree in Washington's youth.

Whether you're working some of those President's Day discounts or lounging around eating cherry pie, Happy George Washington's birthday, and sometimes Abe Lincoln's birthday, to you!

When I was in elementary school (in The SF Bay Area) we had holidays for both Lincoln’s birthday and Washington’s birthday, and we celebrated on the actual dates. Does anybody else over 60 remember getting both days as holidays? I entered junior high just when the Monday Holiday Bill went into effect.

Yes, I remember both days being holidays. Also Admission Day (and maybe Columbus Day) as I recall. No reason for Columbus Day. He had only a tangential relevance to the US. Too many holidays.

I think the merging of the president's birthday 'holidays' happened within the last 10 years or so.... Late Winter was always the season of long weekends.

Not 10 years, more like 50 years ago, in 1971, with the Uniform Monday Holiday Act.
https://www.history.com/topics/holidays/presidents-day

It's very important to ask

And just today we hit 13

If you want locally made, try

SBRES ya when is someone

@ SEABIRD- What would be nice

Try Amazon. They have real

It does seem that the vaccine