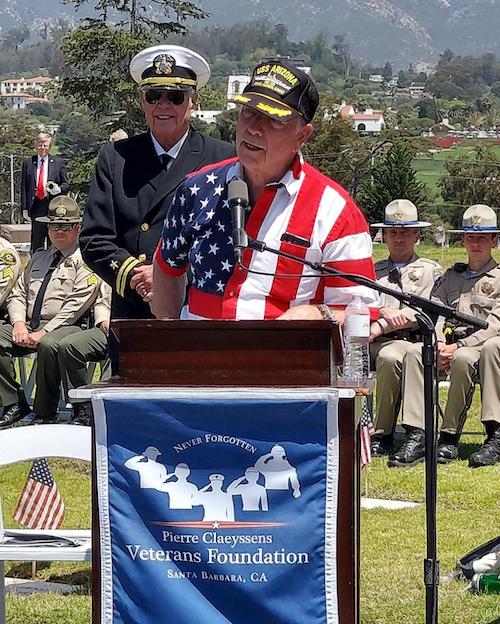 Bob Burtness and Howard Hudson played “Taps” and The Condor Squadron Officer’s and Airmen’s Association, a unique non-profit organization founded in 1965 by a group of WWII fighter pilots, provided a thrilling flyover of the Condor Squadron's four T-6 Texan airplanes that was a huge crowd pleaser.

VFW Lifetime Member and PCVF co-founder of (PCVF) Lt. John Blankenship (USN, former) shared his gratitude to all those who make the Pierre Claeyssens Memorial Day Ceremony successful each year including fellow event production members, veterans, those currently serving the country and the generous people who volunteer and support the hour-long free event, including the water sponsors Gerd and Peter Jordano, Jordano Foodservice. 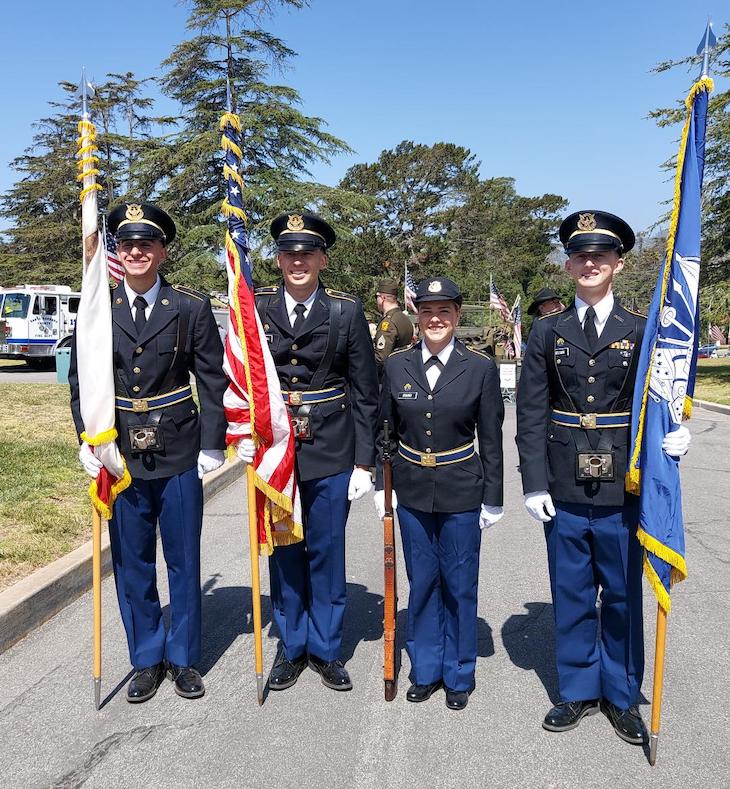 Dana Newquist reminded everyone not to forget to drop donations in the containers throughout the site, and then donated a huge check to help (PCVF) produce their annual events honoring veterans. Pierre Claeyssens Veterans Foundation is committed to honoring the men and women who have served in uniform at any time. PCVF does this by supporting veterans and active duty members, and related partner organizations, in Santa Barbara and Ventura counties, as well as preserving military history and legacy. The Foundation works to uphold Pierre Claeyssens’s vision that those who have served are “Never Forgotten.” PCVF is funded entirely by private donations. For donations and information please visit www.pcvf.org or call (805) 259-4394.

Every day is V day, to us..
We remember.

What a great organization! A big thank you to all those who sacrificed so much for the rest of us...

A remarkable group, indeed, that only needed a million to establish with two dedicated employees who earn over a hundred thousand annually.