Robert was born in Los Angeles in 1930 and came of age when military service was required of young men. He joined the Navy when he graduated from high school, just in time for the outbreak of the Korean War. The First Marines needed men and Bob transferred into the Corps.

He landed at Inchon under the guns of the Battleship Missouri and marched north into the Chosin River Valley. He was trapped there, behind enemy lines without supplies when the Chinese entered the war. The winter was the coldest on record and Bob, leading nine men, hid by day, walked by night, and foraged for food for three weeks. Wounded, he brought them safely out. He remained a very light sleeper for the rest of his life. 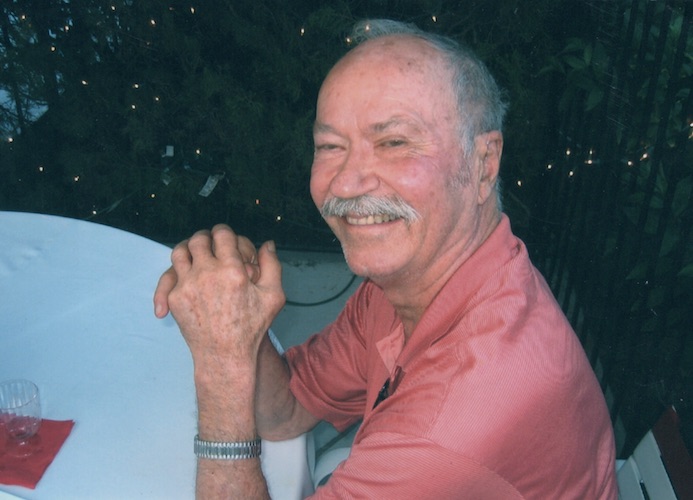 Bob came home and worked his way through school to become an electrical engineer. With two partners, he launched Microwave Application Group, a company that developed a key component of the AWACS guidance system.

When he married Shirley McQuoid, she came with a family, a very elderly mother, a little girl and an orphaned nephew. He devoted himself to being a husband, a father, a friend, a protector and a provider to them all.

He sold his interest in the company he had built and the family moved to Santa Barbara. There was a wonderful year in England while the kids went to boarding school and Bob and Shirley scoured the countryside for antiques to fill the house they dismantled in Kent and shipped home to be reassembled in Montecito.

Their plans for a tranquil retirement were shelved when they saw the sad plight of Santa Barbara’s lost and abandoned companion animals. The cats were housed in a tiny dark building and the dogs didn’t have any blankets on cold wet floors. There was no veterinary care, not even protective vaccines. Bob located an unused mobile classroom for sale very cheap. He arranged to move it to the County Shelter and designed an interior that provided the safe and comfortable facilities that made it possible for volunteers to offer cats lifesaving care. Most of those who work at the shelter today don’t know that, under the lattice, the tires are still on the building.

Bob and Shirley were founders of DAWG, Dog Adoption and Welfare Group. Bob, always a builder, designed and built kennels, a Vet Clinic and an isolation facility that incorporated ideas copied throughout the nation. He shared his plans with builders in eight states. Over the 28 years of DAWG’s service to the community, it played a leadership role in moving Santa Barbara County to adopt a no-kill policy for it lost and abandoned companion animals.