Fire Captain Scott Safechuck reports that a 37-year-old female was paragliding when she was unable to gain altitude and made sudden contact with the brush and ground.

SBCSAR reported that teams arrived on the scene to find other paragliders rendering first aid to the woman who fell about 800 feet down a firebreak trail from the raod into some brush and rocks.

"The quick first aid efforts of fellow pilots and the communication with all involved helped first responders quickly make access to render care and expedite transportation to the hospital," SBCSAR stated.

The woman sustained moderate injuries and was hoist rescued into Helicopter 4 for transport to Santa Barbara Cottage Hospital.

No futher details were available. 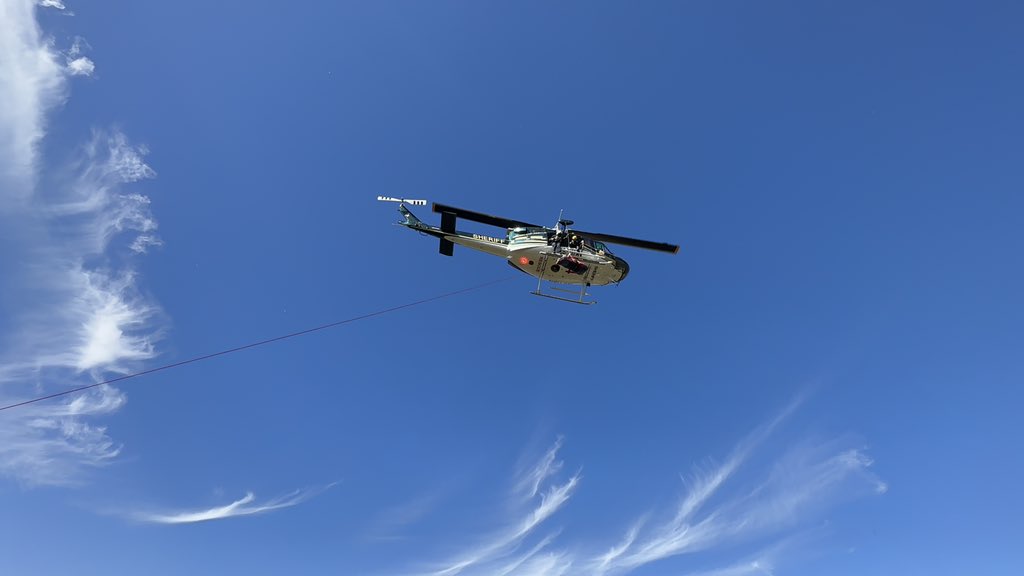 By Bob on the Scanner

Some type of crash off Highway 154, near E. Camino Cielo.

Sounds like a hang glider crashed. Search and Rescue and FF's on it.

Didn't hear all the details but sounded like a young lady injured but not too serious. Hope she recovers quickly.

It was a paraglider and they were coming off of East Camino Cielo from La Cumbre Peak not 154. We were there when it happened and at that time there were 17 paragliders at once in less than a quarter of a mile apart.