Three rambunctious Asian small-clawed otter pups, less than three months old, are taking their first swims on view to the public at the Santa Barbara Zoo, which has reopened with regular hours and admission following closure due to the Thomas Fire. Also making their public debuts: a four-week-old giant anteater pup who can be sighted clinging to her mother’s back, and a female Masai giraffe fresh out of quarantine after arriving from the Cleveland Zoo.

With a few exceptions, all the animals are back on view at the Zoo (see below) now that evacuation orders due to the fire have been lifted in Santa Barbara County. Those looking to support the Santa Barbara Zoo are encouraged to visit, purchase a membership, or donate to the Emergency Fund online at www.sbzoo.pivvit.com/zoo-emergency-fund.

“We’ve carefully cleaned both public and exhibit spaces, and our air quality is good,” said Zoo CEO Rich Block. “The animals appear to be happy back outdoors, and the staff certainly is. We’re ready and excited to welcome guests with normal operations, and are open every day, even on the holidays.”

The Zoo Train runs every 30 minutes, and the Giraffe Feeding Deck and Climb for Condors rock wall have reopened. Santa Claus is available for photos and gift requests. The Ridley-Tree House Restaurant and Zoo Gift Shop are open, with standard prices. Check the entry sign for a schedule of other activities held throughout the day.

Zoo Camp will take place next week as scheduled (see below). The Zoo is open Christmas Eve and Day (December 24 and 25) from 10 a.m. to 3:30 p.m., and has regular hours on both New Year’s Eve and Day. Details are on the Zoo’s website (www.sbzoo.org) and Facebook page (www.facebook.com/santabarbarazoo).

Most Animals on View

The Zoo moved less than 25 of 500 animal residents (see below) and all are back on view with these exceptions: golden lion tamarins remain off exhibit to allow for reintroductions; titi monkeys are providing companionship for a new male in quarantine; and the California condors (highly endangered), Ruppell’s griffon vultures, and turkey vulture evacuated to the Los Angeles Zoo will return early next week.

The Zoo’s churro sheep, San Clemente goats, and Guinea hogs have returned from evacuation to the Earl Warren Showgrounds and are now on view and available for guests to feed. The two reindeer on loan to the Zoo for the holiday season were temporarily evacuated to the Showgrounds and have returned to Windswept Ranch near Tehachapi, California.

On October 7, the first litter of pups were born to the Zoo’s Asian small-clawed otters Gail and Peeta. As in the wild, where the parents keep their young in a den, the two females and one male pup stayed in their holding area until they were old enough to safely swim and had grown teeth to eat solid food. The otter family now has access to both their outdoor exhibit and their holding area, so they may not be on view at all times.

Giant anteater Anara (ah-NAR-ah), who gave birth to rare twins on November 21, now has access to her outdoor area and may be seen with her young female pup clinging to her back. Female giant anteaters are not physically able to care for more than one offspring at a time, so the smaller of the two was being hand-reared by keepers. During the Thomas Fire emergency, it was moved to the Fresno Zoo, where Anara was born and also hand-raised. 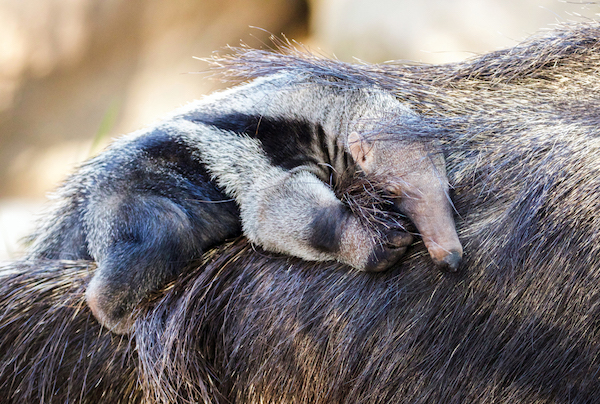 Adia (ah-DEE-ah) is a three-year-old female Masai giraffe who was born at the Cleveland Zoo in Ohio. She was brought to Santa Barbara as a potential mate for Michael, the Zoo’s genetically valuable male who has sired six calves since he arrived here from Parc Safari in Quebec, Canada in December 2011. Adia is small by species standards, with slender legs, shoulders, neck, and head. She is just barely taller than Parker, the Zoo’s 14-month-old male calf. 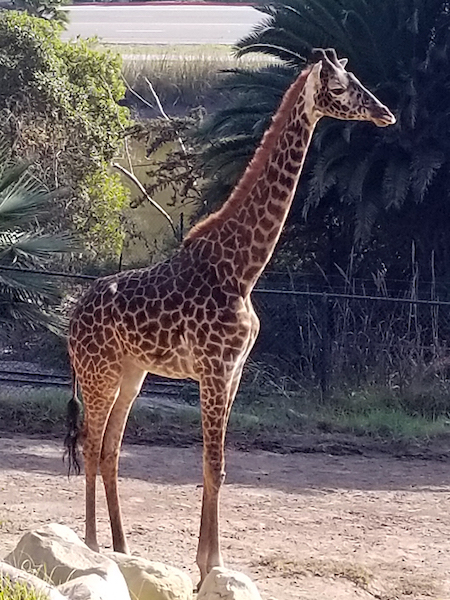 Indoor Activities on Friday Only in Discovery Pavilion

The popular indoor activities for kids in the Zoo’s Discovery Pavilion, which were held last week, continue today (Friday, December 22) only and include a bounce house, seasonal arts and crafts, holiday music and movies, and Story Time with Turtle. Ride-on animals and falling “snow” are in the courtyard. Activities are free. Children must be accompanied by an adult; no drop-off is available.

The line about bells tolling

I’m just thankful they got

Maybe they are trying to