With the 2017 Fiesta Parade, El Désfile Histórico, just a little more than a week away, officials at Old Spanish Days have been working diligently with Santa Barbara City officials and members of the Santa Barbara Police Department to get the word out to the public about a new route back to the Carriage Museum for parade participants.

At a press conference today on the steps of Santa Barbara City Hall, officials from Old Spanish Days were flanked by representatives of both the City and the Police Department as they jointly outlined the new parade entrant return route. OSD officials stressed that the actual parade route will not be affected, as the parade again will begin at the corner of Castillo and Cabrillo Boulevards, continuing east on Cabrillo to State Street, and then heading up State Street to its end at Sola Street. At that moment, the impacts of the Cal Trans Castillo Underpass closure will be felt.

In past years, the parade entrants would turn left from State Street through the west side and then down Castillo Street to the Castillo underpass and on to the Carriage Museum, the traditional begin and end point for all Fiesta parade participants.

This year, the new return route will take parade entrants east from State Street to Garden Street, and then down Garden Street, under the Garden underpass at Highway 101, then right on Yanonali Street, right again on Santa Barbara Street, left on Montecito Street pass the fig tree, left on Bath Street and then to the Carriage Museum.

At today’s press conference, officials from all three organizations suggested the public attending the parade might wish to enjoy downtown a bit longer after the parade, including visiting Mercado de la Guerra, in order to keep Garden Street clear as the parade entrants, including horses, floats and others, make their way to the Carriage Museum. It is also suggested that other individuals trying to leave downtown during the parade, and immediately after, head east past Garden Street, and use either Milpas or Salsipuedes Streets. The west side between Haley and Sola will be less congested than most parade years due to the re-route return, according to OSD officials.

It is also suggested that those coming into town to watch the parade consider taking the Milpas off ramp, and parking east of Garden Street, or taking either the Bath, Carrillo or Arrellaga off ramps and parking on the west side of State Street.

Planning between all three agencies has been occurring for months to help minimize the impacts on the public on parade day due to the Castillo Street underpass closing, according to OSD officials.

Old Spanish Days Fiesta is celebrating 93 years in our community! This tradition fosters a unique spirit among locals and tourists who participate and celebrate the famed Rancho period (1824-1864). The important annual coming together encourages community cooperation, collaboration and growth. It has remained a pivotal, iconic community festival. It continues to support other local nonprofits. 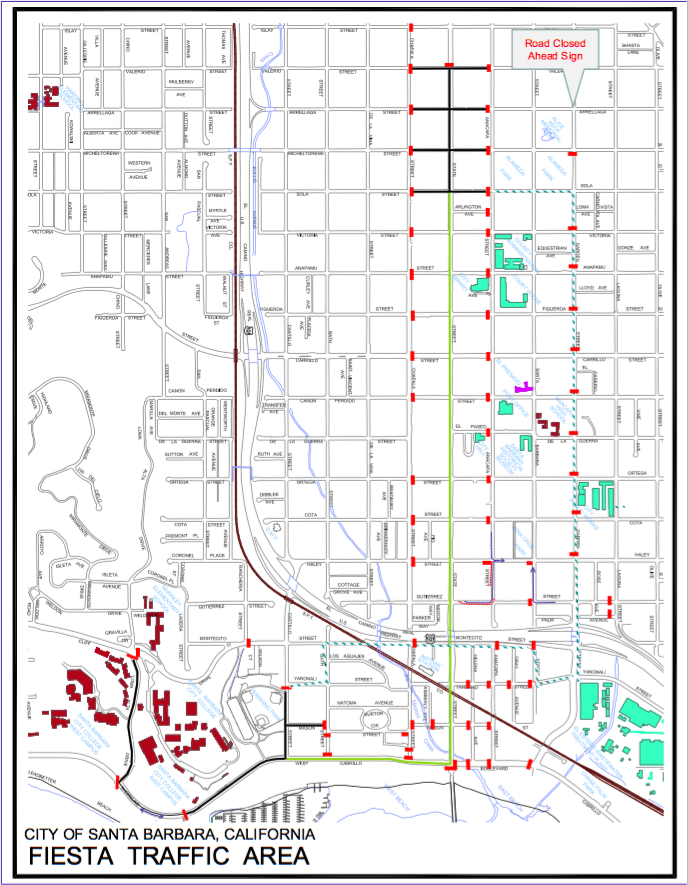 Toggle Comments (Show)
OSD OFFICIALS WORK TO LESSEN FIESTA PARADE IMPACTS OF CASTILLO UNDERPASS CLOSURE ON BIG DAY, AUGUST 4
why not go straight down Garden to Cabrillo and back along Cabrillo? Seems much simpler...
Please Login or Register to comment on this.

If you don't want to get sick

OR: They’re resuming the

You're absolutely right, and

Sometimes those sort of