When Michelle Kendall, 46, was finishing up her second round of chemotherapy to treat ovarian cancer, leaving her Santa Barbara home became dangerous. With a compromised immune system, the seemingly simple act of stepping out the front door now exposed her to life-endangering germs. That’s when Organic Soup Kitchen stepped in.

“I was so tired and my immunity was very low,” Kendall said.

“It was certainly healthier than anything I felt like making. And not venturing out for shopping kept me from catching the flu or even a cold. My oncologist was thrilled that I stayed healthy throughout flu season.” 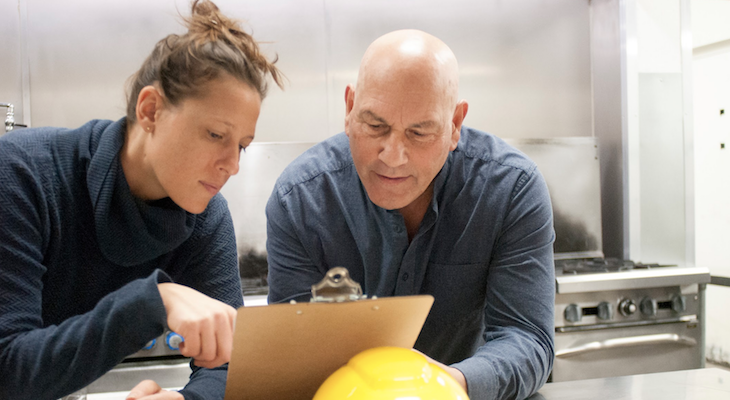 Using organic, non-GMO, gluten-free products and certified non-irradiated herbs, Organic Soup Kitchen soups are high in antioxidants and packed with anti-inflammatory ingredients. Soups are pureed for ease of digestion as more than a third of patients have difficulty swallowing as a side effect of treatments. Cancer patients undergoing treatments are delivered soups weekly by volunteers.

“I am so grateful,” Kendall added.

Organic Soup Kitchen is expanding their reach. After a year-long, and still-ongoing, capital campaign, the nonprofit has met the goal of acquiring a headquarters. While the details of the space are being kept under wraps until an exclusive grand opening this spring, the excitement is palpable.

“After 10 years, we’ve landed a place where we can kick it to the next level,” said Executive Director Anthony Carroccio. He is adamant that the new space will allow Organic Soup Kitchen to increase service to local cancer patients.

“What’s the impact of cancer on a family? Complete devastation,” says Carroccio. “I don’t depend on government for change. If a person really wants change, they will create change.”

Organic Soup Kitchen’s brand of change is steeped in compassion. The only organization delivering nutrient dense, organic soups directly to client’s homes is currently serving over 200 clients and utilizing over 50 volunteers a week. The new space allows for the Cancer Recovery Program to grow with the ever-increasing demand.

“This is a huge step,” said Chief Operating Officer Andrea Slaby.  “We’re going to be better able to service the community on a large scale. “

“They can be so fun and funny. Playful in the middle of it all. They are so grateful and I am so grateful for them.”

For the Organic Soup Kitchen team, the next few months will be spent retrofitting the new kitchen within the headquarters. Retrofitting the kitchen is detail-oriented work aimed at increasing and streamlining production. The design is intended for growth as well as being environmentally friendly and sustainable.

Carroccio credits the Hutton Parker Foundation as being an integral part of the expansion and a long-time supporter of the nonprofit, both in funding and constant encouragement.

Organic Soup Kitchen is calling on the Santa Barbara community to support their mission.

“Supporting a nonprofit is a way of building a supportive social community without all the red tape,” Carroccio said. “Major donors are heroes and grants are invaluable. But the backbone of the organization is support received from The Founder’s Circle who are community members committed to recurring monthly donations,” he said.

“The Founder’s Circle are people who really believe in our mission year-round,” Carroccio said.

“They donate from $5 to $500 a month, with an average monthly donation of $35. Each and every donation from them is equally important because we can depend on it. We need for the community to step up and join the Founder’s Circle.”

“Our organization is only as strong as the monetary support the community provides.”

Join the Founder’s Circle and be responsible for change at www.organicsoupkitchen.org.

Roger, I love all your

Yes me and Old Bill went at

I would not tell anyone for

Roger you got in a shouting

Agreed! Many of those that

If this works I could see