The Santa Barbara County Sheriff’s Office continues to actively investigate the triple homicide and fatal officer involved shooting that occurred on December 28, 2018. While many details still cannot be released due to the ongoing nature of the investigation, the Sheriff’s Office is releasing some further information.

The investigation into the fatal officer involved shooting has revealed that two deputies fired a total of six less-lethal munitions at the suspect, including two foam baton rounds and four shotgun beanbag rounds. After deployment of the less-lethal munitions, the suspect moved and the rifle was pointed in the direction of the deputies, who perceived a lethal threat. Four deputies then fired a total of 23 .223 rifle rounds at the suspect. The firearm that McNabb was in possession of when he was confronted by deputies, a Browning .243 caliber lever-action rifle, was subsequently found to be unloaded. It appears to have belonged to the suspect’s late father.

An autopsy of suspect David McNabb was conducted yesterday, January 3, 2018. It was determined that McNabb died as a result of multiple gunshots wounds. The examination revealed that McNabb was struck at least twice by less-lethal rounds and that he sustained five gunshot wounds. The final autopsy report is pending toxicology results.

One additional autopsy was conducted today and two more are scheduled next week to determine the cause and manner of death of the three homicide victims: Nicole McNabb, Melanie McNabb and Carlos Echavarria. Preliminary indications are that the victims did not suffer any gunshot injuries, but died as a result of being stabbed and/or severely beaten.

A motive for the murders remains under investigation. 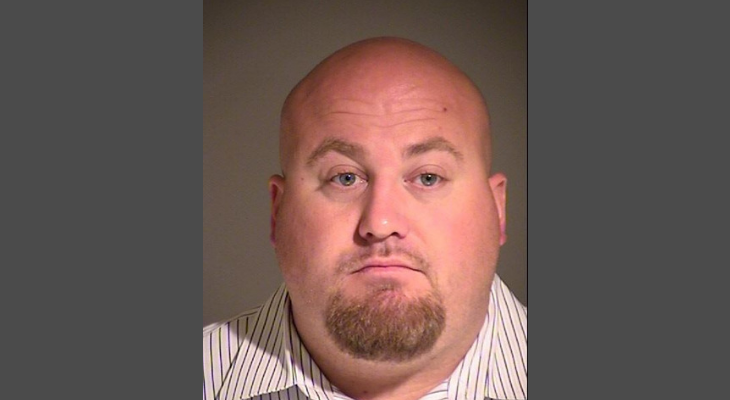 So he died from the 5 wounds plus the 18 that didn't hit him.

He pointed a gun at the police after killing 3 people What would you do..?

I have asked Edhat to correct its muddled, misreported headline. The perp sustained five bullet wounds. Five of the 23 bullets shot by five deputies found their mark.

The main thing is that the murder suspect is dead. And, the headline does indicate that. I can read the article to learn how many projectiles hit their mark. Actually he may have ultimately died from just one of the bullets that hit him, depending on what the bullet(s) hit internally. It is also somewhat unfortunate that his rifle wasn't loaded. It may make it mentally harder on the officers that shot him. Even though he did apparently kill others, and destroyed his own life at the same time.

The officers did not die at the hands of the guy who just killed three others.

Not very good shooting especially from rifles for being trained.

He was shot 5 fives, The other bullets did not hit him. Maybe shot at, but at this point we don't know if they were intentional warning shots or harmless concussion shots. He was shot 5 times. Period.

next time you are in a stand off with an armed individual. lets us know how many times you squeeze the trigger. guarantee you would empty the clip

The police .223 s are mostly government surplus M-16's and can be set for single, burst of 3 or burst of 6. Usually and like in this case as normal in a swat situation a burst of 3. That would account for all the misses for as a veteran I know that in burst of 3 or 6 the barrel raises rapidly so only the first or second rounds usually find the target. The flash suppressor is vented only out the sides to keep it from rising so much.

I did the math. 23 bullets went through 5 holes. GREAT SHOOTING.

Now, with the revised headline it looks like five bullet wounds were shot by officers. I give up.

LOL -- In order to make eveyone happier, perhaps the headline should just say, 'suspect dies after shoot out with police officers'. And, then people can read the article to learn the details?

pretty unsafe conditions with the cops firing high power rifle rounds at the suspect ( luckily dead!) and missing over 3/4 of their shots. IF guns were on bursts of 6 rounds each and they missed so many, then maybe department policy should change for single shot ONLY..
IF there were a family next door and 18 high power rounds are flying towards them, there could have been innocent casualties, which would be horrific and unacceptable.

What a great time for the new