One Injury in Downtown Structure Fire

Update by an edhat staff

Around 10:45 a.m., firefighters responded to the 500 block of W. Canon Perdido and discovered smoke coming from a residential house that sits closely to other homes.

With help from Santa Barbara Police Officers, a man was pulled from the residence and transported to Santa Barbara Cottage Hospital with burn injuries. The extent of the injuries is unknown at this time.

Crews were able to quickly extinguish the small fire, which caused damage to the residence. Damages were estimated at approximately $7500 dollars. 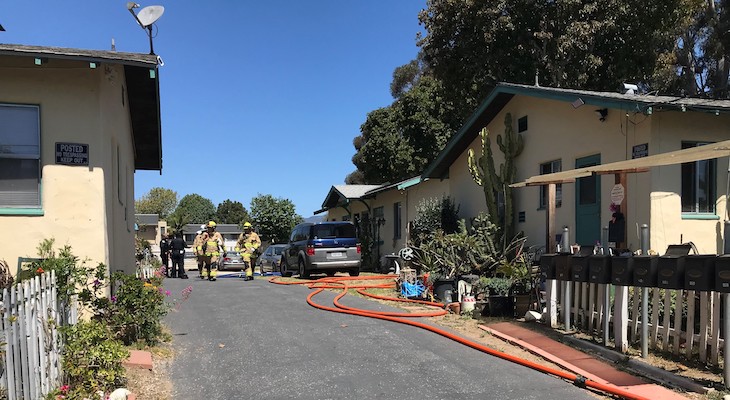 Reported by an edhat reader

Santa Barbara Fire is responding to a fire in a residential structure in the 500 block of W. Canon Perdido, downtown SB. One person suffered burn injuries, unknown to what extent. Transported to Cottage by AMR ambulance.

Why do “progressives” hate

I guess you must have missed

Sun, I think we all have to

Are taxpayers paying for this

He has been found.

The left screams about

Those same scientists who