Officials from Old Spanish Days (OSD) held a press conference on historic Plaza De La Guerra in front of City Hall attended by representatives from the City of Santa Barbara Downtown Organization, Santa Barbara Historical Museum, Mayor Randy Rowse, and a bevy of community partners to unveil plans for Fiesta 2022. La Presidente Maria Cabrera and Mayor Randy Rowse were all pleased to announce that for the first time in three years, Santa Barbara will have a complete Fiesta in August 2022 with the return of the historic parade, both Mercados and a variety of dance and celebrations throughout the community.

The 2022 Fiesta will commence on Wednesday, August 3 with the opening of both Mercado De La Guerra and Mercado del Norte at McKensie Park. That evening, Fiesta Pequeña once again takes place on the steps of the Old
Mission. Noches de Ronda will take place on Thursday in the Sunken Garden of the Santa Barbara County Courthouse and the Fiesta Rodeo at Earl Warren Showgrounds. On Friday, El Desfile Historico will have a new route this year, running the length of Cabrillo Boulevard from the traditional parade start at Castillo Street to the Hilton Hotel. Participants will then return to the Carriage Museum once again along Cabrillo Boulevard. The temporary build-out of State Street parklets has ruled out the traditional Fiesta parade route this year.

During the weekend, the Fiesta Arts and Crafts Show returns to the sidewalks of west beach along Cabrillo, with the Mercados, Rodeo and Noches de Ronda finale on Saturday evening. After two years of limited Fiestas, Old Spanish Days is excited to be able to roll out a full Fiesta this summer for the entire community to enjoy.

“After what we have gone through these two past years, we are so excited at Old Spanish Days to be able to bring a full Fiesta to our community,” said 2022 La Presidente Maria Cabrera. “Fiesta is about community, family and cultural traditions. It's truly Santa Barbara’s premier Festival!” 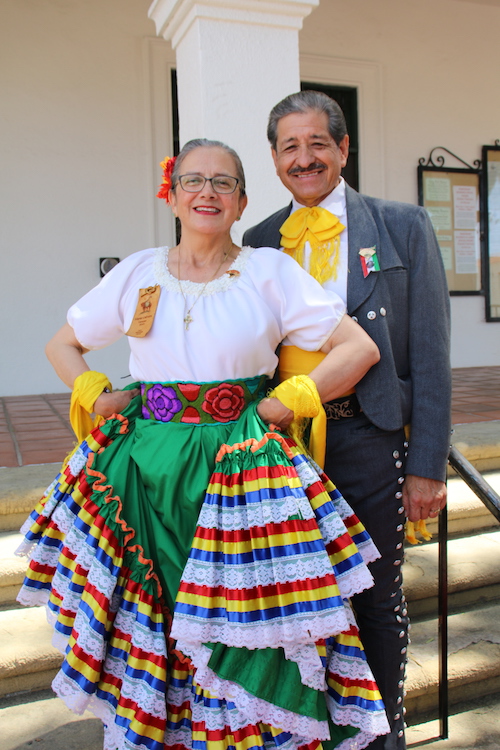 The first Festa was held in 1924 and tied in with the grand opening of the Lobero Theatre.

“98 years ago a group of businessmen met and formed a committee to arrange the celebration of the opening of the Lobero Theatre,” said Cabrera. “Charles E. Pressley, who was elected chairman by the committee, said at the time: ‘This is to be a carnival for Santa Barbara and our first aim is to furnish a few days of merrymaking for the town people.’ Since then, Old Spanish Days has become a magical time when this community comes together to celebrate this unique California historic and cultural festival.”

Why is this racist? Why is showing pride and celebrating a heritage racist.

My preference was always stage at the Bowl parking lot, come down Milpas, and go across the beach, ending up at the SBCC lot. It would involve a lot of people moving horse rigs but the party would be at the Carriage Museum as always and no side streets involved. There is simply NO way that all the floats will go the length of Cabrillo and then, what?, turn around and come back? Whatever the confusion, I'll be riding my mule dressed as a nun again in it!

Does anyone out there remember when parade watchers would throw coins into the street and watch kids go bonkers to pick up the change on State Street? I believe it was called "Penny Pitching" ... the "best" place was below The Granada building where change was tossed out by the handful and shower down onto the street below. You'd be lucky if you got a quarter or dime. Thinking back on that, WOW....how freakin' dangerous was that with kids looking up and metal coins flying down...."It'll put your eye out kid!"

Racist horrible event! Should be stopped forever! We voted for James Joyce. How about you?? I wish Mr Joyce we’re here to help us end this horrible event

As I read this article, it will be interesting to see how the Fiesta Parade participants are expected to back track ALONG Cabrillo Blvd. at the completion of their parade route? Don't you mean back track on side streets along the parade route? I wish them luck; and LUCKY 777 is correct; it should have gone up Milpas Street. OR, it could have arranged to be routed DOWN Milpas from the Bowl to Cabrillo and on to Castillo Street right to the Horseman's Rendezvous. Ahh, anybody remember when the parade went up Castillo to Haley Street and on to State Street to avoid the freeway stop lights?? The Good Ole Days!!!!

The parade should have been changed to go across Cabrillo and then up Milpas.

Chico, you just gave me a

"Tell me about it, stud"

Yes thank you Hillary. A well

How many fires have there

ONJ had a huge "footprint" in