On Thursday evening, the dedicated staff of edhat.com attended one of our favorite Fiesta events, Fiesta Ranchera at Rancho La Patera and Stow House in Goleta.

The weather was perfect and everyone was in a festive mood. We were there to investigate the delicious food (a huge paella pan!), the fantastic outfits on the beautiful people, and the great atmosphere.

Co-hosted by Old Spanish Days and Goleta Valley Historical Society, Fiesta celebrates the Rancho Period, which ran roughly from 1824 to 1864. The annual community festival was first held in 1924. 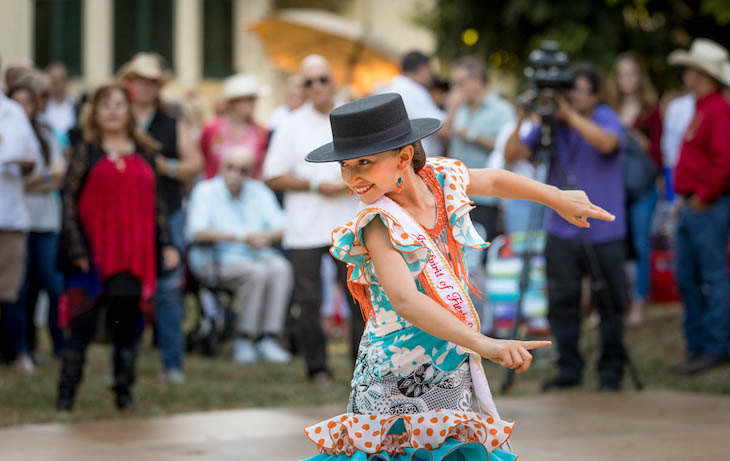 “This Rancho Period was a distinct culture,” said OSD Fiesta Historian Erin Graffy de Garcia. “It was neither Spanish nor Mexican, and in fact, the people here did not identify as either Mexican or Spanish, but insisted on being called Californios. They had a whole cultural body of work – songs and dances – unique to just California.”

In 2017, Fiesta La Presidente Rhonda Ledson Henderson selected this year's theme as "Unity through Community." It was a saying used often by OSD Director Emeritus Father Virgil Cordano, a long-time Fiesta supporter, and it is a saying that has its origins during our state’s famed Rancho Period. 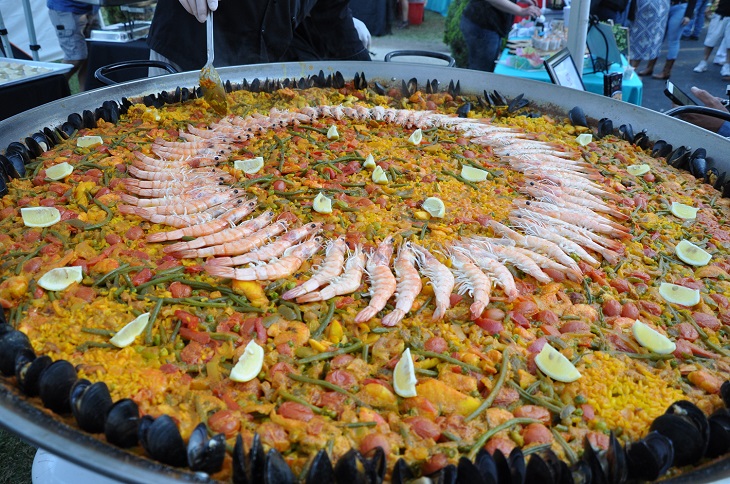 "Fiesta extends beyond just Santa Barbara,” said La Presidente Henderson. “It is truly our number one community-wide festival. We are so honored to collaborate with Goleta Valley Historical Society to again bring Fiesta to Goleta for the tenth straight year -- it is a special place where Rancho history and spirit are strong."

Rancho La Patera was established in 1873 as part of Rancho La Goleta. The historic property was dedicated to the community 50 years ago, is under the stewardship of Goleta Valley Historical Society, and is considered the oldest commercial citrus ranch in California. The Stow House (1873) is one of Goleta’s most significant historic landmarks and is listed on the National Registry of Historic Places.

Check out our photos!

Goleta is west of Santa

Another Successful Starlink Launch from Vandenberg

I imagine Dr. Swain would be

"take a look at the weekend

It's a desecration of that