The National Transportation Safety Board (NTSB) revealed statements made by surviving crew members aboard Conception while it caught fire Monday, killing 34 passengers.

Currently, Homendy said their investigation is focused on vessel recovery. A plan is being finalized and they're actively monitoring the weather as high winds are expected and might make it difficult to raise the vessel. She said they want to make sure the vessel stays intact and that the divers are safe.

NTSB Board Member Jennifer Homendy stated the crew has been very cooperative and she wanted to share what has been reported so far during crew interviews. She stated each interview is individual, lengthy, detailed, and comprehensive.

"What's emerging from the interviews... is a harrowing story of the moments before the fire erupted on the vessel," said Homendy. 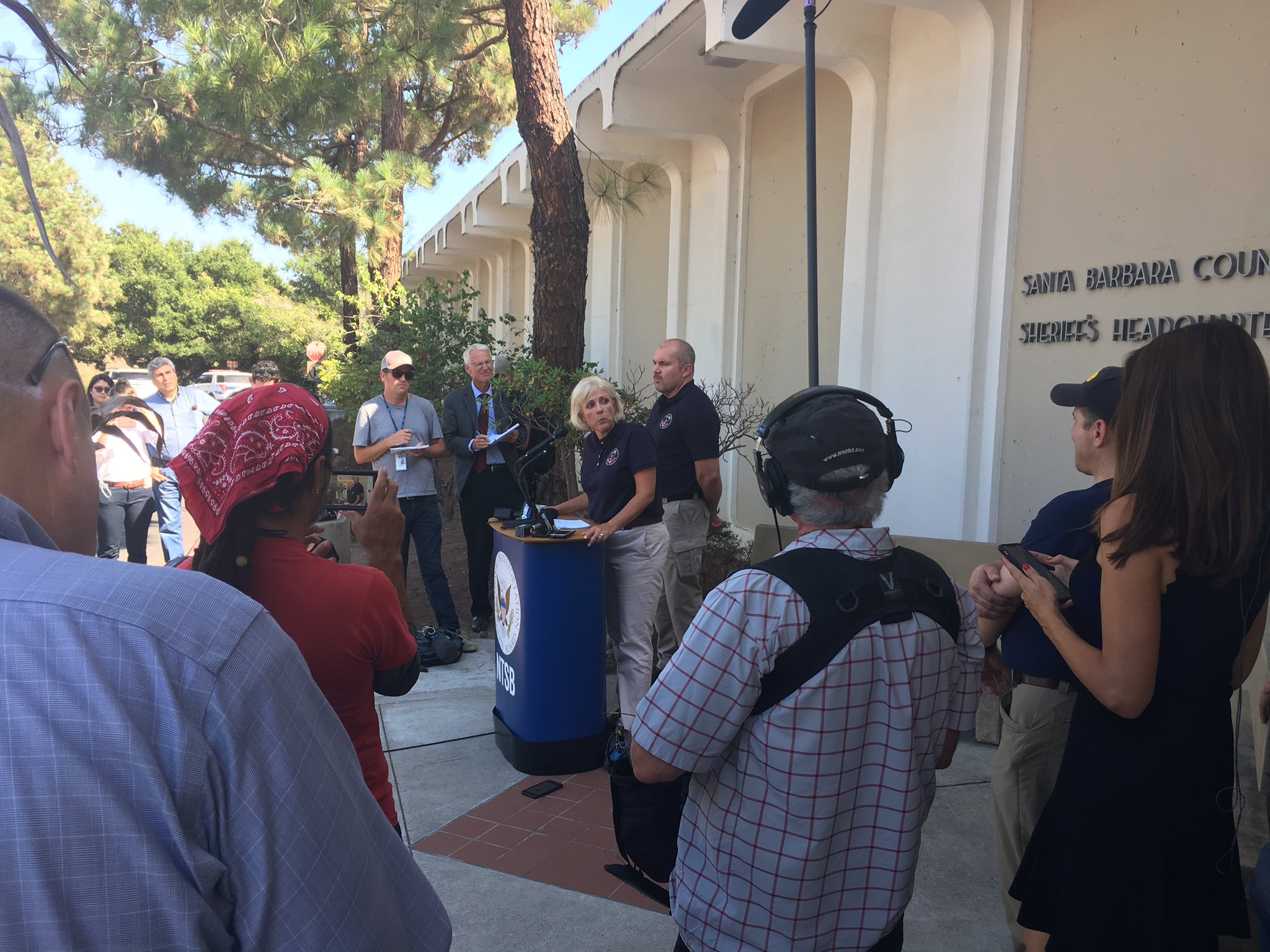 According to the interviews, one crew member awoke to noise, left his bunk out of the wheelhouse and saw flames erupting from the galley area. He tried to get down a ladder but the flames had engulfed it.

The crew on the bridge jumped to the main deck where one crew member broke his leg during the fall. Those who jumped down went to the double doors of the galley and they were engulfed with flames. They then went to the front portion of the vessel where there are windows, but they couldn't get in. Due to the heat flames, and smoke, the crew had to jump from the boat, said Homendy referencing the interviews.

Two of the crew members swam to the back of the boat to get the skiff and rescued the other two in the water and took them to a nearby vessel, the Grape Escape, and called for a rescue. The two crew members returned back to Conception to try and rescue any survivors.

It's unclear exactly where the Captain is at this point but NTSB Investigator Adam Tucker alluded to him staying on the boat, but they're still conducting interviews with the survivors. Thus far, crew members did not see passengers, said Tucker.

Homendy clarified the bunk area had two exits that both led to the galley. A stairwell on the forward right corner and an emergency escape hatch in the centerline back portion of the galley.

The galley was described by Homendy as containing an electric stove, kitchen, wiring, and electrical systems. She stated there may have been gear, cameras, phones, and more charging in this area. "We're not ruling out any possible ignition source," she said.

Tucker also stated that the crew did not report hearing a smoke alarm and while smoke detectors were on board, the alarm was not required to be wired to the wheelhouse.

NTSB will not be holding another press conference and is expected to remain in the area for another week. A preliminary report is expected to be released late next week and a full report including the cause of this incident will take 12-18 months.

Who are the divers in the photo and what is it they're doing?

Divers investigating the Conception boat wreckage off Santa Cruz Island (Photo: SBSO)
-Per the description of the photo.

Those are the FBI divers retrieving evidence for the NTSB. Photo by SBSO was shot from a LA County copter as only our twin engine is allowed out that far and doesn't carry as many people as were in the one shown in a news video that took this photo.