The National Transportation Safety Board (NTSB) released its preliminary report on the fatal airplane crash off the Goleta coastline that killed a Northern California woman last month.

While the report doesn't list the cause of the crash, it does list the details and findings at the early stages of the investigation.

On Sunday, September 27, a Cessna T182T airplane sustained substantial damage when it crashed a few miles off Goleta Beach at 7:03 a.m.  The flight departed Santa Barbara Municipal Airport for a cross-country flight to the Truckee-Tahoe Airport.

According to the Federal Aviation Administration (FAA), the airplane departed runway 15L, established radio contact with Los Angeles Center departure control and turned a heading of 255 degrees with a climb to 8,000 ft above ground level (agl). The airplane then turned to the north, followed by a turn to the east and a rapid descent. Radio and radar contact were lost, and an alert notification was issued by the FAA. Wreckage and an oil slick were located approximately 2 miles from the airport in the Pacific Ocean by the Santa Barbara Sheriff’s Department. There were no mayday calls received by ATC from the pilot, according to the report.

Reported weather at the time of the accident was overcast skies at 900 ft and visibility 7 miles. Santa Barbara Sheriff’s Department requested assistance from the Los Angeles County Sheriff’s Department Dive unit to assist in the search for the pilot and airplane. The report states there was no fire or explosion in the plane's wreckage.

The estimated depth of the wreckage was 200 ft and on Thursday, October 1, the pilot, and airplane were located and recovered. The sole victim, 61-year-old Deborah Nicholson from the Lake Tahoe area, was an experienced pilot who practiced estate law in Tahoe City for over 30 years, according to the Tahoe Daily Tribune.

Authorities have not yet given any indication of what might have caused the crash. It is under investigation by the NTSB which typically takes a year or more to release their full report including determining factors in such incidents. 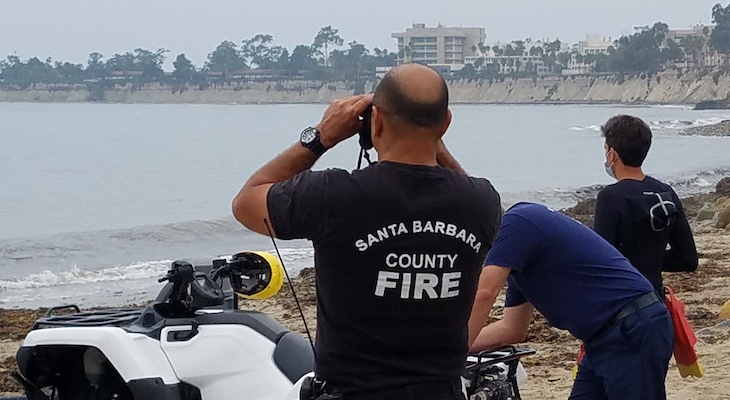 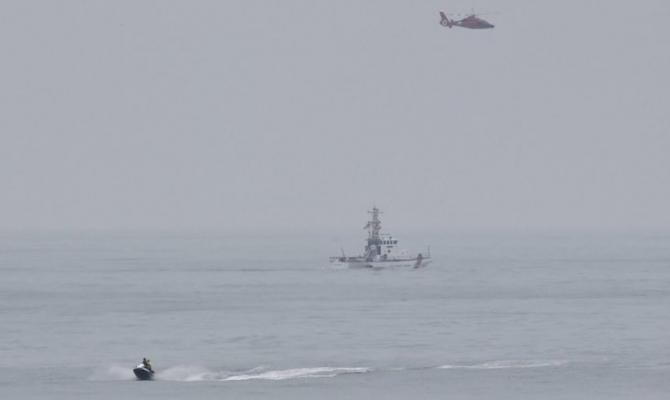 I am stunned by several of the comments here which show absolutely no knowledge or familiarity with Aviation in general, IFR clearances, Aircraft performance and flight controls as well as the specifics of this aircraft which was a TAA. Not unusual for this type of aircraft to receive an IFR clearance for flight through I am sure as high as 14,000 feet. I don’t know the service ceiling on this turbo aircraft but I’m sure it was at least 14,000 feet. The aircraft was equipped with oxygen I have been told by friends and family. Probably that aircraft would be trimmed to climb to 8000 feet at about 5 to 700 feet a minute, which means it would’ve taken 10 to 13 minutes to get up to IFR altitude for the clearance. The suggestion that the elevator lock was in place is almost laughable. Leaving a side the fastidious nature of this pilot whom I knew personally the later comment the aircraft would have been able to climb to 1600 feet I believe is accurate and spot on. This accident happened within three or four minutes of takeoff Where the pilot fulfilled all IFR clearance requirements en route. We know from Mr. Sullivan in the Hudson river it takes about 35 seconds for a pilot in an emergency to figure out what the hell is going on. This aircraft was TAA with a Garmin 1000. Why did the pilot on a 235° heading suddenly turn to 30 to 50° north east? Why did the pilot spiral into the Pacific Ocean? I believe the only answer can be the pilot lost all electricity, the G 1000 went blank and the turn and bank indicator Was pegged to one side or the other, noting she executed 3/4 of a standard rate two minute turn in 45 seconds. If she did emerge from the overcast which was 400 to 900 feet AGL, anyone who has landed at an airport IFR on an overcast day close to the ocean with the marine layer knows everything turns gray and it is impossible to discern the difference between water, sky and cloud. All things mechanical sometimes stop. Did she lose the belt on her alternator? Did the field wire on the alternator come loose? Did she throw the belt for the alternator and did it obliterate the vacuum pump connection to the artificial horizon? When I lost my field wire in my bonanza I was IFR and at 11000 feet With every seat in the airplane full. I had to crank down for landing gear by hand. When I finally saw some 76 sevens circling in the sky above me I know I was at Portland Maine and turned on the ALS. We landed safely with all souls alive but one soul petrified and soiled. If you don’t have several decades of flying experience in IFR conditions and you don’t know this airplane and the circumstances you really should not be commenting here with silly comments like really? 8000 feet? Absolutely.

TAA and even non TAA ac don’t require a vac pump if their standby is powered by an independent battery. Most of the Pipers coming out of the Vero Beach factory aren’t equipped with vac pumps. They are expensive to maintain and as the LawyerOP said, everything mechanical breaks down.

But even in Technically Advanced Aircraft, aren't there at least a rudimentary set of vacuum instruments? I have several hours in a DA-40 (a TAA airplane), and, as I recall, it had a set of vacuum driven instruments as a back-up. My vote is still for a case of spatial disorientation in IMC.

The engine could go out on that plane and the G1000 would run on it’s two batteries for an hour and a half. Only the standby instruments run on vac pump, or their own batteries. I’m sorry for your loss, but your scenario is probably the most unlikely.

IFR and ILS, not ALS

I am also a pilot, and I believe this is a classic case of spatial disorientation. I subscribe to the NTSB reporter, so we shall see.

The way I read it, the INTENTION and FLIGHT PLAN was to climb to 8000', not that it climbed that high so fast. In other cases like this, the finding has been that the elevator lock wasn't removed prior to take off. What a tragedy.

It's doubtful that the elevator lock was in place when she took off. First, when she would have checked that her controls were free and correct during her run-up, it would have be cleat that her control lock was still in place. Second, if she didn't do a run-up, she would not have been able to rotate for take-off. The airplane would have been able to get airborne, but only due to the fact that her trim tab was set for "take-off", something that she would have likely checked during her run-up. My vote is that she had spatial disorientation, especially due to the fact that she turned to the East, followed by a rapid descent (graveyard spiral). I've been flying out of SBA for 33 years, and I've never been routed to the East for any Northbound instrument (or visual) departure.

the wording seems strange but we can all agree that the cessna would not climb from 0 to 8000ft suddenly, they state the intention.

Should be MSL not AGL

yea, planes fly at that altitude often, why is this odd?

Why do you say that?