Non-Profit of the Week: Coastal Self Defense Academy

Before I tell you how I got to this point, I need to briefly explain the journey that brought me to the Coastal Self Defense Academy.

About five years ago I was diagnosed with Retinitis Pigmentosa. R.P. Is an inherited eye disease which causes loss of vision and can lead to blindness. I consulted numerous doctors including a few from U.C.L.A and U.S.C. The latter included a doctor who created the bionic eye and was actually presented a medal from then President Barack Obama for his work in the field of R.P. Each doctor confirmed what the other had said, I indeed had R.P. and there was no cure. All they could do was try and slow down the progression of the disease. 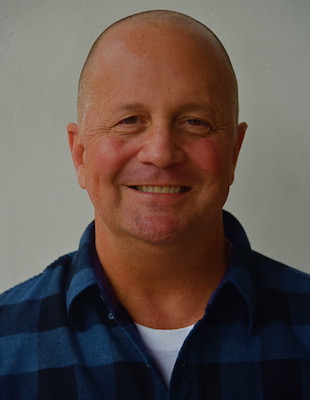 I was speechless! Devastated! What did I do wrong? Was I being punished? I was in my forties minding my own business, working full time and volunteering on the weekends working with children with special needs and now I am told that I could possibly lose my sight. The thought of having to start over or do things completely different was a little scary and a bit overwhelming.

As my vision began to worsen, I started to change. I became more isolated and withdrawn. I didn’t want to burden anyone with my problem and I really did not want to have to constantly explain myself. If I did go out I felt more like a potted plant than a person. I experienced a variety of different stages, from denial to prayer. I was losing control and because of that, I began to try and control everything and everyone around me. I believed that the world was supposed to adapt and adjust to me. I was overreaching, trying to do too much. I was biting off more than I could chew. The loss of my vision was both emasculating and humbling. My pride and confidence were being tested.

In January of 2018, I decided to enroll at the Braille Institute of Santa Barbara. This is where I was introduced to Coastal Self Defense Academy and reintroduced to Teri McDuffie. Teri and I were both members of the Goleta Chamber of Commerce where we served as Ambassadors together. Little did I know that my life was about to change... for the better. It didn’t take me long to realize that I was going to learn more than kicking, punching, armbars, and basic self-defense techniques. I was going to be able to take C.S.D.A.’s simple principles and apply them to my everyday life. In our Thursday class, the principles Teri preached were: Awareness; Balance; Readiness /Preparedness.

The first principle, Awareness is quite simple. It’s always knowing who and what is around me and always being AWARE of where I am at all times. It’s being able to use all four remaining senses, touch, hearing, taste, and smell.

The second and most important principle I learned was balance. Because I am LOSING my sight I feel I am constantly off balance. Just when I think my eyes may be stabilizing, the ground beneath me begins to shift causing me to once again to become off balance. As my vision began to worsen, my need to control and do more became too much. I call this like being in quicksand. The more that I fought, the more I struggled. The more control I thought I was losing, the more I tried to take back. I became overwhelmed. I was in over my head, like being in quicksand.

Coastal Self Defense Academy taught me how to slow down, breathe and take one day at a time. I now take the problems of the day as they come. Looking forwards not backwards. I worry about only those things I can control. My head is up. My shoulders are back. I have both feet firmly planted on the ground. I am in perfect balance.

The third and final principles I learned in my class was Readiness/Preparedness. These two begin first thing in the morning, from when I open my eyes to my first steps. I’ve learned to expect the unexpected. I never know if my vision will be the same or possibly worse. For now, my life is like a box of chocolates. As a person living with vision loss, I have learned to be much more organized. My days are planned ahead of time. Iʼve come to realize that LOSING my sight has become my full time job! Every second, minute, hour is accounted for. Every step I take needs to be calculated.

When I travel the streets with my cane it is important to be ready and prepared for everything around me, even those things I can’t see or hear, like my nemesis, THE WHITE PRIUS!! Why a white Prius? Because I perceive the white shape as a cloud without clear edges and the electric motor is absolutely silent - It’s like being stalked by a ghost.

All of these things are why most believe losing your sight is exhausting, but at least now, I am ready and prepared! Each Thursday a group of students at the Santa Barbara Braille Institute gather in the cafeteria to train and learn valuable lessons from Coastal Self Defense Academy!

In my class, we had different personalities and came from different backgrounds and all at various stages of vision loss. On those training days, we were a team! We joked, we laughed, we encouraged and most importantly we supported one another and it was beautiful!

My whole life I had been a leader, never a follower. For the first time I had to take a back seat and really listen to others. Learning to lead from behind. Slowly, things began to change. I was laughing and engaging with others I had found my voice and was leading discussion groups. My confidence was coming back. I was once again leading from the front. I had come full circle!

So what does one do with all of this wealth of knowledge and information? You move on, of course. I can’t think of a better way to say “ Thank you!” to The Braille Institute, Teri and C.S.D.A., than to independently move forward and onward. When I started at The Braille Institute, I was not looking for a hand out, only a hand up. I had specific goals. I wanted to get back to that place where I felt comfortable again. I wanted get back to work, educate and help others with or without disabilities. I want to give back to a community that I was so blessed to grow up in.

NOW, as of January, 2019 I am the newest member of team Coastal Self Defense Academy where I am a volunteer assistant to their programs. I view my eyesight as no longer a burden but a mere inconvenience, I do not accept my vision loss because I believe that if I do, then I will have given up and given in. Yes, I do have R.P. but R.P. does not have me! On my left shoulder I have a tattoo that in Chinese scripture reads “ Strength and Destiny.”

I am aware that I will probably spend the rest of my life adjusting and adapting to the world around me, but I am sure of one thing, I am much stronger today than I was when this all began. I am not sure what the future holds for me, but I do know I have been given a gift, not one I would wish on anyone, but still a gift. It’s up to me now to decide what to do with it.

As of today, I am thriving! Coming to The Braille Institute, and the experience I had in Teri’s Coastal Self Defense Academy class, turned out to be two of the best decisions I have ever made and I would do it all over again! Come to think of it... I just might.

Taylor was born and raised in Santa Barbara where he graduated from San Marcos High School. His love of sports and competition began at a very young age, where he participated in a variety of sports year round. He first got the coaching and teaching bug while in junior high where he was asked to coach a local youth track league. Later he volunteered as an assistant football coach for a short time at his alma mater.

In his adult life he helped run Nevada Bobʼs Discount Golf for over 20 years. Taylor also served as an assistant golf professional at Montecito Country club for 10 years. He also volunteered for Santa Barbara SNAP and Challengers programs, which are organizations that work with children with special needs, where he founded the Central Coast flag football league.

The Coastal Self Defense Academy to provide free training to these vulnerable segments of our local population. They include senior citizens, college students, young children, people in recovery centers or shelters, and the lesbian, gay, bisexual and transgender community. Those with physical impairments, such as failing eyesight or hearing loss, or who are physically unable to move out of harm’s way quickly are least able to protect themselves.

For more information on Coastal Self Defense Academy see http://coastalselfdefenseacademy.org/

Show Comments
Non-Profit of the Week: Coastal Self Defense Academy

Love this article and I love the attitude of the writer. Thank you for sharing your story.

I hope the people that live

It's great to see such well

Thanks for the precipitation

Ach, I see what you mean, but

Immunity as a Service ™

Just to let everyone know, I

Is anyone in Montecito

What I think is impressive