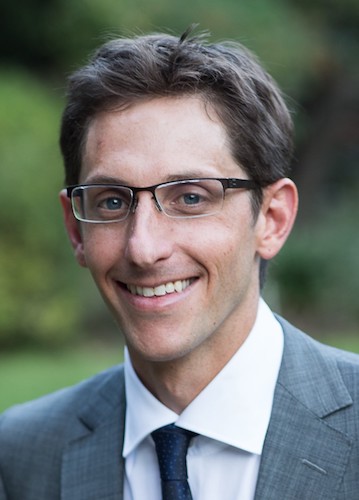 Dr. Shepherd began working at the Santa Barbara Cottage Hospital Emergency Department in 2014, quickly becoming involved in the EMS System. He has served as the Medical Director for the Carpinteria-Summerland Fire Protection District, as well as the Santa Barbara County Fire Department. In 2016, Dr. Shepherd began serving as the Medical Director for the Ventura County EMS Agency. Dr. Shepherd is one of a small group of physicians who have earned an EMS Subspecialty Board Certification from the American Board of Emergency Medicine.

“With his extensive experience in our local systems, Dr. Shepherd will be an immediate asset to the critical initiatives underway in our EMS system,” shared Van Do-Reynoso, Public Health Director.

Dr. Shepherd began his EMS career as a lifeguard in Ventura, followed by several years working as an Emergency Medical Technician (EMT) for the University of California, Santa Barbara Ambulance Service. He earned his medical degree from Pennsylvania State College of Medicine, completing his residency in Emergency Medicine at the University of California, San Francisco Medical Center.

“Dr. Shepherd has a thorough understanding of the current EMS environment in California, and more specifically, Santa Barbara County” shared EMS Agency Director, Nick Clay. “He brings expertise and energy, focusing on evidence-based initiatives and leveraging technology to move the County’s EMS System to the next chapter.”

It would be nice to have a description of WHAT his new job entails. I looked at the website and can't figure it out. He's in charge of ambulances? Is he the person in charge if we have an earthquake (that's an emergency). Is he supposed to introduce new life-saving programs?

Is an earthquake a medical emergency?

I can't even find his job description because he is a top level administrator and the County makes that info hard to find compared to the people that actually do the work. Does anyone understand why an agency that is not an emergency service provider needs people to do the following from the website: "The SANTA BARBARA COUNTY EMERGENCY MEDICAL SERVICES AGENCY (SBCEMSA) is a division of the Santa Barbara County Public Health Department. SBCEMSA provides system guidance and oversight through prehospital provider driven policy development and a comprehensive quality improvement program."

By *attempting* to save lives