In a historic move, the Montecito Water District board voted unanimously on Thursday to “drought-proof” the wealthy enclave by importing a large supply of Santa Barbara water every year for the next 50 years, rain or no rain. The initial annual cost will be $4.6 million.

The vote comes on the heels of the severe drought of 2012 to 2018, in which Montecito, a community of one-acre lots, big estates and luxury hotels and golf courses, faced heavy fines for over-watering. Montecitans cut their water use by as much as 50 percent; but between five and 10 percent of property owners, including the San Ysidro Ranch and the Biltmore, chose to pay the fines instead.

“This supply provides our community with certainty,” board President Floyd Wicks said on Thursday. “Hopefully, this will allow these penalties to be a thing of the past.

“… Everybody, congratulations!” Wicks said as the “virtual” meeting ended. About 50 people were in attendance online or on the phone.

Darlene Bierig, a former board president who served during the drought, told the board, “I really applaud what you are doing. I can attest to the fact that in a statewide drought, it is nearly impossible to buy water, so having a local supply is incredibly meaningful. The district had no backup, had no supplies.”

Thursday’s vote on the “Water Supply Agreement” with Santa Barbara is the most ambitious in the community since 1991, when, on the heels of a six-year drought, Montecitans voted to bring state aqueduct water to Lake Cachuma.

The five current water board directors were elected in 2016 or 2018 amid a voter backlash to rationing in an even worse drought. As candidates, they ran contentious, no-holds-barred campaigns, backed by more than $100,000 in donations, including large contributions from members of the Birnam Wood and Valley Club golf courses on East Valley Road.

Dick Shaikewitz, a 12-year board veteran who was voted out in 2018, said the deal with Santa Barbara would tie ratepayers to an expensive imported supply even in wet years.

“None of it makes sense, what they’re doing,” he said after Thursday’s meeting.

On June 30, the city is expected to begin its own approval process of the agreement with Montecito. The deal, six years in the making, would turn convert the city’s $72 million waterfront desalination plant into a regional venture, with Montecito picking up $33 million, or 46 percent, of the cost, plus interest and a share of operation and maintenance expenses, through 2072.

In return, the city would guarantee a supply of 1,430 acre-feet of drinking water through 2072 to the district’s 11,400 customers – chiefly Montecitans, but also residents of Summerland and Toro Canyon. That’s 46 percent of the current desalination supply, and enough water to meet nearly 40 percent of the district’s current customer demand. The plant provides the surplus available for the district, but the city would be able to send water from any source to its next-door neighbor.

District ratepayers would owe $4.6 million for the first 17 years, followed by $2.3 million for 33 years, after the capital costs are paid off. The city would retain ownership of the plant, and the water would start flowing to Montecito on Jan. 1, 2022. 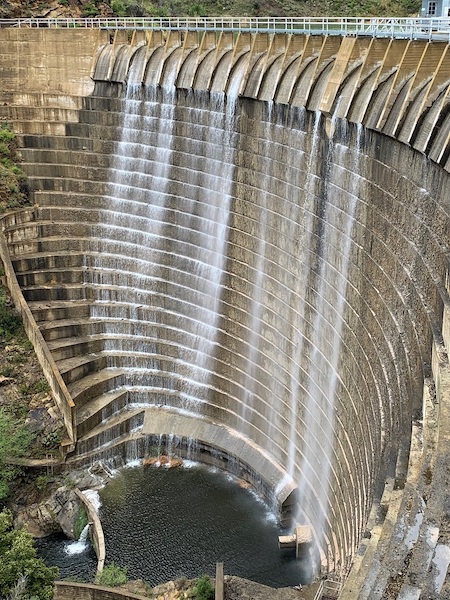 Jameson Lake, a small reservoir owned by the Montecito Water District on the Santa Ynez River, spilled over the Juncal Dam in April. The lake is 98 percent full; during the recent drought, it shrank to an undrinkable “dead pool." (Courtesy photo)

Rates and the critics

There is presently no water shortage in Montecito: after two years of decent rainfall, the district is flush with water from Lake Cachuma, the reservoir that serves the South Coast; and Jameson Lake, a district-owned reservoir that lies upstream from Cachuma in the headwaters of the Santa Ynez River.

But to pay for a new water supply from Santa Barbara, the Montecito water board will begin raising rates on Friday. The board voted 5-0 at Thursday’s meeting to approve a five-year schedule of rate increases and increases in water meter service charges. The new rates and charges will be fully reflected in ratepayers’ Aug. 1 water bills.

Low water users will see their rates go down for the first 12 months; higher water users will pay higher rates. The water shortage emergency surcharge that the district imposed as a “temporary” measure during the drought will no longer appear on ratepayers’ bills as a separate charge; it was never lifted and has been folded into the new rate structure. Montecitans are using 40 percent less water than they did before the drought, but that caused a drop in revenues, too, while fixed costs remained high, district officials said.

The district currently pays $5 million yearly for its share of state aqueduct water. About $1.8 million of that debt will be paid off in 2022, offsetting some of the cost of the supply from Santa Barbara, board members say. Other offsets, they say, would come through savings in the treatment and delivery of state water that the district will swap for Santa Barbara water.

“We spent a huge amount of effort, trying to make sure we have minimized spending in other areas,” Director Ken Coates said on Thursday. “We’re not just piling onto customers the full costs. We have been very sensitive to the small users to make sure they were not penalized by the WSA, and put in place a structure that encourages conservation. This is not a perfect deal, but it’s as close as we could get to satisfying all of our objectives.”

On Thursday, the board counted 15 written rate protest votes from district customers – well short of the majority needed to forestall the proposed increase.

Shaikewitz urged the board to put the agreement with Santa Barbara on hold to reconsider a proposal that was stalled by a Goleta Water District lawsuit in 2015: importing water to Montecito from the “gusher” wells of the Slippery Rock Ranch in the Goleta foothills. The parties are still in court to determine how much excess water is available, beyond what goes toward the recharge of Goleta’s underground basins.

Tom Bollay, president of the Montecito Sanitary District board, noted on Thursday that water recycling alternatives had not been included in the board’s study of supply options. The Sanitary District expects to begin providing non-potable recycled water for irrigation to the Santa Barbara Cemetery next year.

Other board critics, including Kira Redmond, executive director of Santa Barbara Channelkeeper, a non-profit environmental group, have said that potable recycled water – a technology not yet available – would be a cheaper and less energy-intensive future supply than desalinated water.

On Thursday, Redmond said the city’s desalination plant was supposed to be a temporary supply for emergencies only. At a minimum, she said, the board should conduct an environmental review of the impacts of extending the life of the plant before the water starts flowing to Montecito.

“By cementing a 50-year agreement that will drive the city to operate its ‘desal’ plant, you’re effectively changing the plant,” Redmond said. “This is not the way good water policy decisions should be made.”

But after six years of negotiations with Santa Barbara, the board was not about to hit “pause” now. The directors said that the Slippery Rock water was not yet available; that non-potable recycled water would meet only 10 percent of customer demand, and that the city’s own environmental review of the desalination plant had covered the impacts of future regional partnerships.

“Our charge has been to make Montecito’s water as reliable as we possibly can,” Director Tobe Plough said, noting that after he and Wicks came on the board in 2016, the district bought into a “water bank” in Kern County where it could store surplus water underground.

“We’ve done recycling research and are looking at how to do that effectively,” Plough said. “This is just another step. ‘Desal’ is a reliable source of water on this side of the mountains. For a pretty reasonable price, we’re going a long way towards drought-proofing Montecito.”

Melinda Burns volunteers as a freelance journalist in Santa Barbara as a community service. She offers her news reports to multiple local publications, at the same time, for free. 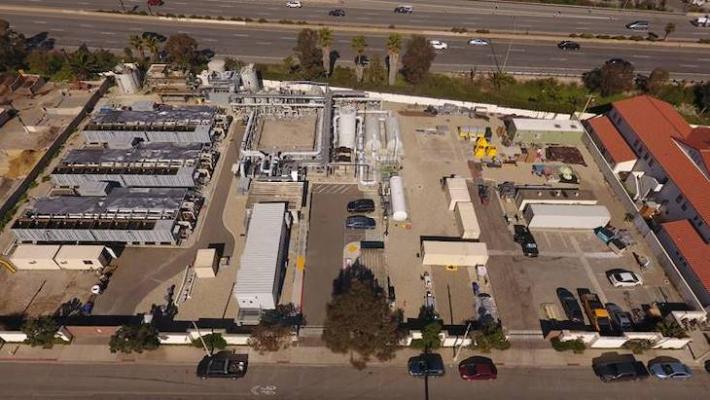 I read that wrong.

Aww sad for all involved!