Caltrans will open the Montecito Creek Bridge on Friday, Nov. 22 at approximately 1 pm. This bridge was one of six bridges along State Route 192 which were damaged in the Montecito Debris Flow in January of 2018.

“I am very pleased that we can bring a small sense of normalcy to a community still healing from this natural disaster, said Caltrans District 5 Director Tim Gubbins.

Caltrans will perform additional work over the next several months at the Montecito Creek Bridge which is expected to remain open to the public.  Work will also continue at the Toro Creek Bridge to complete the final widening and overlay to allow for two-way traffic at this location.  All bridges will receive bicycle railing upon arrival.

The completion of this bridge follows the rebuilding and repair of five other bridges along the corridor this year. 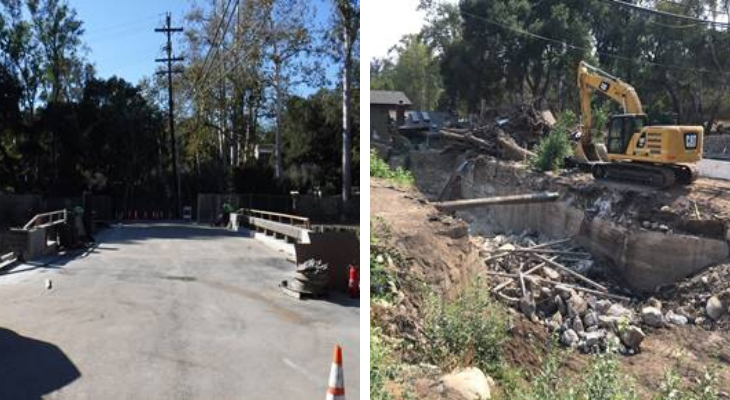 Toggle Comments (Show)
Montecito Creek Bridge Opens Friday
They even had a little “bridge dedication” - precious...
Montecito Creek Bridge Opens Friday
Tim, dont pat yourself on that back. Your performance on this was a total joke. 23 months to replace a 2 lane 30’ span bridge. Wtf man, you failed us here. you too Das, thanks for the non existent support to the community. More concerned with your pot cronies than reviving critical infrastructure from the bureaucrats.
Please Login or Register to comment on this.