The Santa Barbara County's Sheriff's has reduced the number of missing people in the Montecito mudslides to 2 after the remains of a woman were located on Saturday.

Just before 10:00 a.m., a search and recovery Human Remains Detection dog team located the body of an adult female in the 100 block of Santo Tomas Lane near Olive Mill Road and above Coast Village Road. The Sheriff’s Coroner’s Office has identified the decedent as being 28-year-old Faviola Benitez Calderon of Montecito. Her family has been notified.

The Sheriff’s Office expressed their deepest condolences to the Benitez family, who were already mourning the loss of Faviola’s 10-year-old son, Jonathan Benitez, and his cousin 3-year-old Kailly Benitez, as well as Kailly’s mother, 27-year-old Marilyn Ramos.

Search and recovery teams, with the assistance of 16 Human Remains Detection dog teams, from throughout the state are working together this weekend in an effort to locate the missing victims and bring closure to their families.

There are currently two people who are still missing, 2-year-old Lydia Sutthithepa and 17-year-old Jack Cantin. 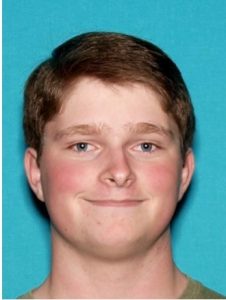 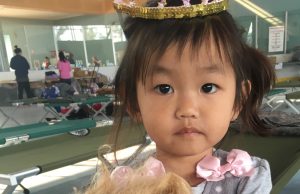 The storm in Montecito has claimed 21 victims so far, with that number expected to rise. Read more about the 20 victims here.

The public is asked to report any information they may have on the whereabouts of the above missing persons. The community is also reminded to report all missing persons to the Emergency Operations Center at 805-681-5542 and please be prepared to provide as much detail as possible to the call takers.

That little Lydia.... breaks my heart...

Anyone know if jack wore a cowboy hat? He looks like the gentleman that I met on bus 21.

Those homeless guys saw them all the time walking around here neither one never caused any trouble around here and they were always polite I hope they are found alive and well I cried when I saw their pictures. I'm sad for everyone but I relate to these guys. the whole thing is just so sad.

Helene had the thoughtful

Another Big Party at Bellosguardo

Thanks for clarifying in the

voting James is exactly that,

It's hilarious and pathetic

My household is voting for

Byz is on the wrong side of